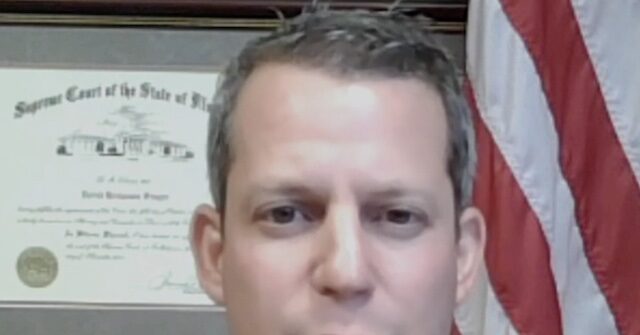 Attorney Andrew Warren told “CBS Miami News” that Gov. Ron DeSantis (R-FL) has no constitutional authority to suspend him for saying he would not enforce Florida’s laws against gender-affirming care for minors and abortion, so he will continue to serve.

Anchor  Jonathan Vigliotti asked, “You called the suspension unconstitutional. Can you explain why?”

Warren said, “Sure, this is blatant overreach by the governor. He is trying to upset a fair and free election. Two of them, actually. This isn’t just an attack. This isn’t about trying to suspend one elected official. This is about trying to suspend democracy in here in Hillsborough County. I mean, this is a core principle of our democracy. The voters elect their leaders, not the governor. He can’t just simply pick up a pen or a crayon and change the will of the people.”

He continued, “He is stepping on the rights of voters in Hillsborough County. This is blatantly unconstitutional in violation of Florida statute. He does not have the authority to suspend me even if he wants to, especially when he is focused on things I haven’t even done yet. The bottom line is the people elected me to serve in this position, and I am going to continue doing it to keep our neighborhoods safe.”

Warren added, “The governor’s abortion ban is unconstitutional, so I’m the one upholding the law.”

GOP Rep. Liz Cheney of Wyoming has said that she could back a Republican for the White House in … END_OF_DOCUMENT_TOKEN_TO_BE_REPLACED