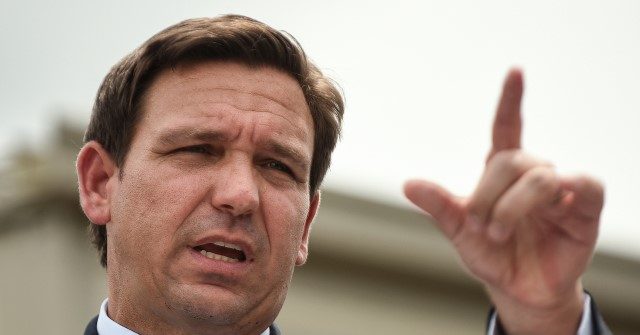 The report also addresses support for “gender-affirming” treatments from organizations such as the American Academy of Pediatrics (AAP), contending that “none of those organizations relies on high quality evidence.”

“Their eminence in the medical community alone does not validate views in the absence of quality, supporting, evidence,” the report reads.

The trend of promoting the radical transformation of one’s body under the guise of compassion is particularly popular among far-left radicals, including the Biden administration. President Biden himself has urged parents to “affirm” their confused child’s gender, deeming it “one of the most powerful things” they can do. Not only is this being pushed by the administration and LGBT activists — a trend proudly embraced by woke activist parents — but in the medical community as well.

Boston Children’s Hospital boasts of what it describes as its Center for Gender Surgery for children — the “first center of its kind in the U.S. in a major pediatric hospital setting.” The center proudly offers “gender affirmation surgery services” for “eligible adolescents and young adults.” Such “gender-affirming” treatments for adolescents includes breast augmentations, facial harmonizations, vaginoplasties, metoidioplasties, phalloplasties, chest reconstructions, as well as “other gender affirmation surgeries to eligible patients.”

Notably, Boston Children’s Hospital did not respond to Breitbart News’s inquiries, asking how it justifies performing these so-called “gender-affirming” procedures on adolescents, given the mounting criticisms that they are not fundamentally based in science at all.

Florida has taken other steps to protect children from the sexualization of the left as well, targeting bars offering drag shows for children as well as banning inappropriate discussions on sexual orientation and gender identity for children in kindergarten through third grade.

The rule, which marks a blow against radical leftist gender ideology, will go into effect later this month on August 21.

“Throughout this process ⁦@AHCA_FL [Florida Agency for Health Care Administration] has remained committed to following the evidence in the treatment of gender dysphoria, rather than the eminence of a medical society or association. Our focus will always be on paving the way for a healthier Florida,” tweeted Brock Juarez, communications director for the Florida Agency for Health Care Administration.

Leftists were outraged earlier this year by the approval of legislation in the Sunshine State that included a provision that prohibits teaching about gender identity and sexual orientation in kindergarten through third grade.

“Classroom instruction by school personnel or third parties on sexual orientation or gender identity may not occur in kindergarten through grade 3 or in a manner that is not age-appropriate or developmentally appropriate for students in accordance with state standards,” the law states.

The executive order directs Health and Human Services Secretary Xavier Becerra to “consider actions to advance access to reproductive healthcare services, including … through Medicaid for patients traveling across State lines for medical care.”

The White House said the EO aligns with Biden’s “commitment to defending the bedrock right to travel across state lines to seek reproductive healthcare in states where those services remain legal.'”

After the Supreme Court overturned Roe v. Wade, Biden condemned the high court and promised to fight for abortion rights.

“The court has made clear it will not protect the rights of women — period. Period,” Biden said, describing the decision as “terrible,” “extreme,” and “wrongheaded.”

Biden reiterated his sharp rhetoric on Wednesday, speaking from isolation inside the White House after repeatedly testing positive for COVID-19.

“I commit to the American people that we’re doing everything in our power to safeguard access to healthcare, including the right to choose that women had under Roe v. Wade, which was ripped away by this extreme court,” Biden said.

What about the Hyde Amendment?

While Biden wants HHS to “consider actions” to fund abortion through Medicaid, actually doing so would be prima facie illegal under the Hyde Amendment, which prohibits federal funds from paying for abortions.

Medicaid is a federal-state partnership. Under the Hyde Amendment, federal Medicaid funds cannot be used for abortion except in cases of rape, incest or life endangerment. All state Medicaid programs must cover abortions under these circumstances; states have the option to cover other abortions using their own funds.

What did the WH say?

“Why does the president want to force pro-life Americans, including Catholics, of which he is one, to subsidize abortion?” reporter Owen Jensen asked.

“We are working to ensure that pregnant women whose life and lives are in serious jeopardy receive the care that they need,” she added. “This is what it is. This is what we’re trying to do. This is what the president promised that he would do.”

Two of Dodge's most iconic "muscle" cars will soon lose their tone. Beginning in December 2023, the Dodge Charger and Challenger will no longer … END_OF_DOCUMENT_TOKEN_TO_BE_REPLACED

At 3 a.m. on Tuesday morning, a suspect reportedly shot at an individual sitting in a parked vehicle near the intersection of Faircrest and Hayes in … END_OF_DOCUMENT_TOKEN_TO_BE_REPLACED

The FBI continues to flail after its raid on Mar-a-Lago, ostensibly under the guise of protecting government records. On Monday evening, we learned … END_OF_DOCUMENT_TOKEN_TO_BE_REPLACED

The Biden administration has decided it won’t release any of the roughly $7 billion in U.S.-based … END_OF_DOCUMENT_TOKEN_TO_BE_REPLACED

Millions of migrants continue to cross the U.S. border, and while many of them are breaking the law … END_OF_DOCUMENT_TOKEN_TO_BE_REPLACED

Police officers aren’t exactly popular in this day and age. The left hates them for being authority … END_OF_DOCUMENT_TOKEN_TO_BE_REPLACED

Joe Biden has a long history of medical issues. Some of them were life-threatening. Some less … END_OF_DOCUMENT_TOKEN_TO_BE_REPLACED