The Biden administration has brought a “nightmare” upon America as it “dragged us into the Dark Ages” and “raped half the nation,” according to conservative radio legend Michael Savage, who deemed the recent FBI raid on former President Trump’s estate a violation of his Fourth Amendment rights as he slammed hypocritical “liberals” for “cheering” on “fascism.”

Appearing on Newsmax TV’s The Count on Saturday night, Savage asserted that the raid last week was “more than a witch hunt.”

“The number one issue is [that] this raid is not about a man – it’s about a nation,” he said.

Calling the unprecedented raid of a former president’s home “unnecessary,” Savage accused the Biden administration’s Department of Justice (DOJ) of having “dragged us into the Dark Ages.”

“Not only [are they guilty of] depriving Donald Trump of property rights, but the search warrant did not contain probable cause, it was not in there,” he said. “So they violated his Fourth Amendment rights … which they would afford a drug dealer from the Dominican Republic with a trunk full of cocaine, but they did not afford it to the former president of the United States.”

Recalling such an event from the past, Savage detailed how undercover New York cops busted drug dealers who were subsequently let off.

“[T]he trunk of their car was low to the ground [so] they figure it’s loaded with drugs [and] they raid the car, they find 30 kilograms; 40, 60, 80, 100 pounds of coke in the trunk right,” he said. “A crackpot left-wing judge throws the arrest out saying that they violated the Fourth Amendment rights of the Dominican drug dealers.”

Calling out the hypocrisy of those who approve of the recent raid against a former president while disapproving of those against drug dealers, Savage lamented that such was the norm with “liberal lawyers” throughout the country. 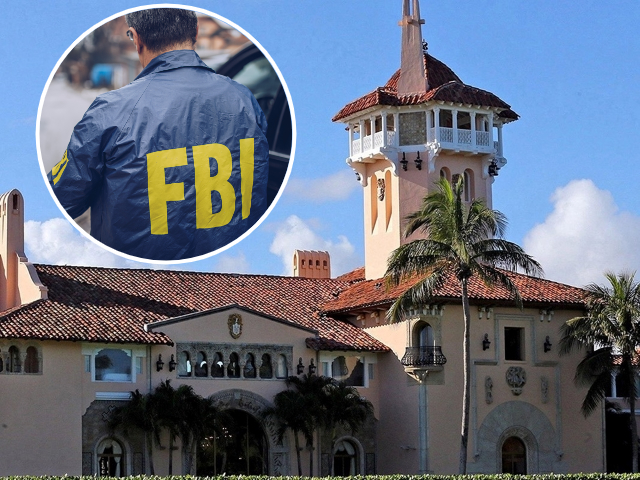 “They defend drug dealers but they now sit here applauding the invasion of Donald Trump’s private home,” he said. “Now most of the commentary I am hearing can be called: puerile, p-u-e-r-i-l-e; boyish, childish.”

“I have never seen liberals cheering so much for fascism as I am seeing now,” he added. “If we look at the case in detail, we can find so many irregularities.”

However, Savage argued, “all it’s done is take people who are on the fence for Trump” and “coalesced” them behind him.

“They’ve just catapulted him into the Oval Office,” he said, adding he fears more “they’ll assassinate” the former president than arrest him.

The conservative radio host also noted that he has “never seen it like this” in his entire life.

“You look at the judge, you keep hearing the ‘judge,’ the ‘federal judge,’ [yet] he was a low-level magistrate judge,” he said, adding that, as he had previously written, a magistrate judge “is to judges, what military law is to [constitutional] law.”

“He’s not really a federal judge, he’s a clerk in a federal courthouse,” he added, noting the judge’s “shady connection to the Epstein case.”

Savage then called the whole situation a “nightmare for America [and] not just for Donald Trump.”

“Forget about the fact that Trump himself last night said that these documents could be declassified by him,” he said. [Senator Chuck] Grassley “went further” by citing the “investigation into former Secretary of State Hillary Clinton’s ‘mishandling of highly classified information.’” 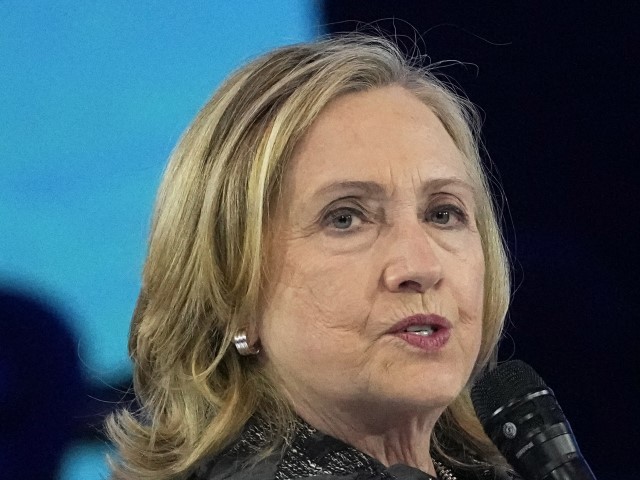 Calling out “hysterics in the media who are now saying this is espionage and Trump could face the death penalty,” Savage claimed he “cannot believe what I’m actually reading.”

“This is how crazy this ‘witch hunt’ has become; people have become totally insane,” he said. “They’re comparing him to the 1950s espionage. When have you last heard this?”

“This is insanity; it’s divided the nation even further,” he added. “And all they want to do is nullify Trump from running because they know he’ll win in a landslide, and they’ve just guaranteed that he will.”

“These are dark times for our Nation, as my beautiful home, Mar- A-Lago in Palm Beach, Florida, is currently under siege, raided, and occupied by a large group of FBI agents,” he said. “Nothing like this has ever happened to a President of the United States before.”

Since the raid, many have highlighted the double standards applied to the former president and others. 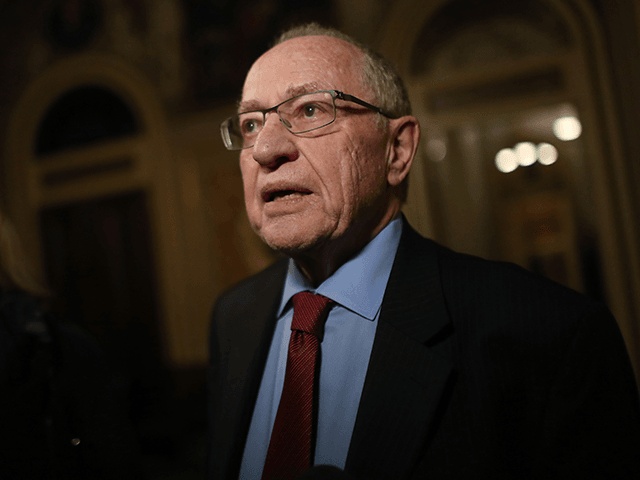 Attorney Alan Dershowitz, a member of President Donald Trump’s legal team, speaks to the press in the Senate Reception Room during the Senate impeachment trial at the U.S. Capitol on January 29, 2020, in Washington, DC. (Mario Tama/Getty Images)

“She wasn’t investigated,” Dershowitz recalled. “She wasn’t locked up. She wasn’t searched. She wasn’t subject to a criminal prosecution, and so the shoe-on-the-other-foot argument cuts completely against her.”

On Sunday, former Director of National Intelligence John Ratcliffe criticized the apparent double standard that is applied to Democrats and Republicans in investigations. 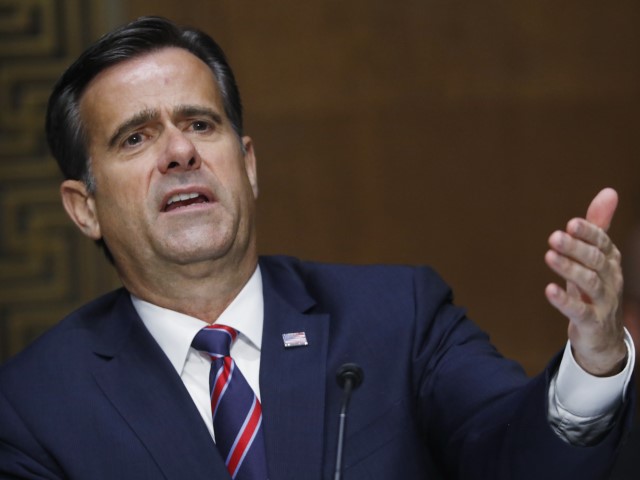 Rep. John Ratcliffe (R-TX) testifies before a Senate Intelligence Committee nomination hearing on Capitol Hill in Washington on May 5, 2020. The panel is considering Ratcliffe’s nomination for director of national intelligence. (Andrew Harnik-Pool/Getty Images)

Ratcliffe argued that given that double standard, the takeaway is that the Department of Justice and the FBI are the “enforcement arm of the Democratic Party.”

On Monday, former President Donald Trump warned the temperature of the political climate in the United States had reached dangerous levels after the FBI raid, as he offered the Justice Department his assistance in cooling the simmering anger in the country.

Joe Biden’s Chief of Staff, Ron Klain, is pretty confident that the Biden administration and the Democratic Party as a whole will have enough … END_OF_DOCUMENT_TOKEN_TO_BE_REPLACED

EAGLE PASS, Texas — For one Texas ranch manager, dealing with the daily trespasses of migrants through the property is becoming almost unbearable. Ben … END_OF_DOCUMENT_TOKEN_TO_BE_REPLACED

Thursday on MSNBC’s “The ReidOut,” network host Tiffany Cross warned that “a civil war is here” amid violent rhetoric regarding the FBI. Cross … END_OF_DOCUMENT_TOKEN_TO_BE_REPLACED

There is no shortage of “anti-racism” grifters. The author of “White Fragility,” Robin DiAngelo tops … END_OF_DOCUMENT_TOKEN_TO_BE_REPLACED

A federal judge has already granted an injunction blocking the town of Superior, Colorado’s … END_OF_DOCUMENT_TOKEN_TO_BE_REPLACED

According to a Rasmussen poll published on Thursday, 53% of voters now agree with the statement that … END_OF_DOCUMENT_TOKEN_TO_BE_REPLACED

Note: This “Moore to the Point” commentary aired on NewsTalkSTL on Friday, August 19th. Audio … END_OF_DOCUMENT_TOKEN_TO_BE_REPLACED

The school shooting in Uvalde, TXs shook the nation to its core. It’s unsurprising, though. We … END_OF_DOCUMENT_TOKEN_TO_BE_REPLACED