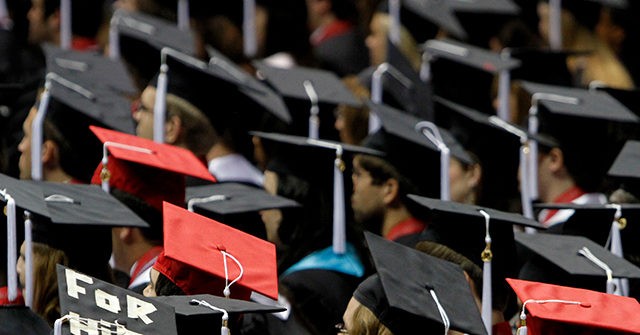 President Joe Biden’s administration announced on Tuesday that the pause on student loan payments will be extended until “no later than June 30, 2023,” while the legality of Biden’s attempted debt transfer is determined by federal courts.

The payments have been on pause since March 2020, when former President Donald Trump issued the pause amid the coronavirus pandemic. The hold has been extended six times since it was first issued.

In August, Biden announced his plan to cancel up to $20,000 in student debt for Pell Grant recipients and up to $10,000 for individual borrowers who make under $125,000 per year or couples filing joint earnings of $250,000 or less. At the time, Biden extended the student loan payment pause until December 31, claiming that the extension would be issued “one final time.”

“I’m confident that our student debt relief plan is legal. But it’s on hold because Republican officials want to block it,” Biden tweeted. “That’s why @SecCardona is extending the payment pause to no later than June 30, 2023, giving the Supreme Court time to hear the case in its current term.”

I’m confident that our student debt relief plan is legal. But it’s on hold because Republican officials want to block it.

That’s why @SecCardona is extending the payment pause to no later than June 30, 2023, giving the Supreme Court time to hear the case in its current term. pic.twitter.com/873CurlHFZ

However, Biden’s loan forgiveness program has been struck down by two different federal courts.

Following a lawsuit led by Nebraska Attorney General Doug Peterson and Missouri Attorney General Eric Schmitt, the U.S. Court of Appeals for the Eighth Circuit in October issued an administrative stay to block Biden’s program pending appeal, which was a huge blow to his attempted debt transfer.

Unfortunately, a number of lawsuits have been filed challenging the program, which have blocked our ability to discharge your debt at present. We believe strongly that the lawsuits are meritless, and the Department of Justice has appealed on our behalf. Your application is complete and approved, and we will discharge your approved debt if and when we prevail in court. We will update you when there are new developments.

More than 23 million people reportedly applied for the program before the applications closed.

“We’re not going to back down though on our fight to give families breathing room. That’s why the Department of Justice is asking the Supreme Court of the United States to rule on the case,” Biden said on Tuesday. “But it isn’t fair to ask tens of millions of borrowers who are eligible to relief to resume their student debt payments while the courts consider the lawsuits.”

However, some student debt cancellation activists were unimpressed by Biden’s decision to extend the payment pays, calling it the “bare minimum.”

“The least the Biden administration could do is not collect on a debt they promised they would cancel,” Debt Collective spokesperson Braxton Brewington said. “This pause extension is necessary, but also the bare minimum.”

Florida woman Amanda Ramirez is suing Kraft Heinz Foods Company after her cup of microwavable macaroni and cheese took longer than 3.5 minutes to be … END_OF_DOCUMENT_TOKEN_TO_BE_REPLACED

China has been locking its citizens down for over two years under its zero-COVID policy, and it's becoming more and more clear that this isn’t just … END_OF_DOCUMENT_TOKEN_TO_BE_REPLACED

Famed comedian Jay Leno has struck again, but this time, no one's laughing. At least not heartily.As he has regularly for the last three decades or … END_OF_DOCUMENT_TOKEN_TO_BE_REPLACED

A recent report by CriticalRace.org found that 58 of the top 100 medical schools in the United … END_OF_DOCUMENT_TOKEN_TO_BE_REPLACED

Shelby County is a speck of blue in ruby-red Tennessee; one of just four counties to vote for … END_OF_DOCUMENT_TOKEN_TO_BE_REPLACED

Who knew that the free press was so anti-free speech? I mean, I guess we all did to some extent, but … END_OF_DOCUMENT_TOKEN_TO_BE_REPLACED