Some guy named Simu Liu, who starred in one of those crappy Marvel movies everyone’s already forgotten, took to the Twitterz Tuesday to attack legendary directors Quentin Tarantino and Martin Scorsese as racist.

What’s so funny is that Scorsese said what he said more than three years ago, and the Marvel Babies are still butthurt over it. In July of 2019, the Oscar-winner told Empire:

I don’t see [Marvel movies] I tried, you know? But that’s not cinema. Honestly, the closest I can think of them, as well-made as they are, with actors doing the best they can under the circumstances, is theme parks. It isn’t the cinema of human beings trying to convey emotional, psychological experiences to another human being.

This week, while out promoting his book Cinema Speculation, which explores his love of 70’s movies, Tarantino lamented the death of the movie star and pointed out the fact that people are not flocking to Marvel and other franchise movies to see the actors:

Part of the Marvelization of Hollywood is you have all these actors who have become famous playing these characters But they’re not movie stars. Captain America is the star. Thor is the star. I mean, I’m not the first person to say that, I think that’s been said a zillion times. But it’s these franchise characters that become a star.

Obviously, this is true, and Robert Downey Jr. proves it. The Iron Man star is the most popular actor in Marveldom. Nevertheless, as great as he is, as likable and charismatic, that affection did now follow him to anything outside the Marvel and Sherlock Holmes franchises. 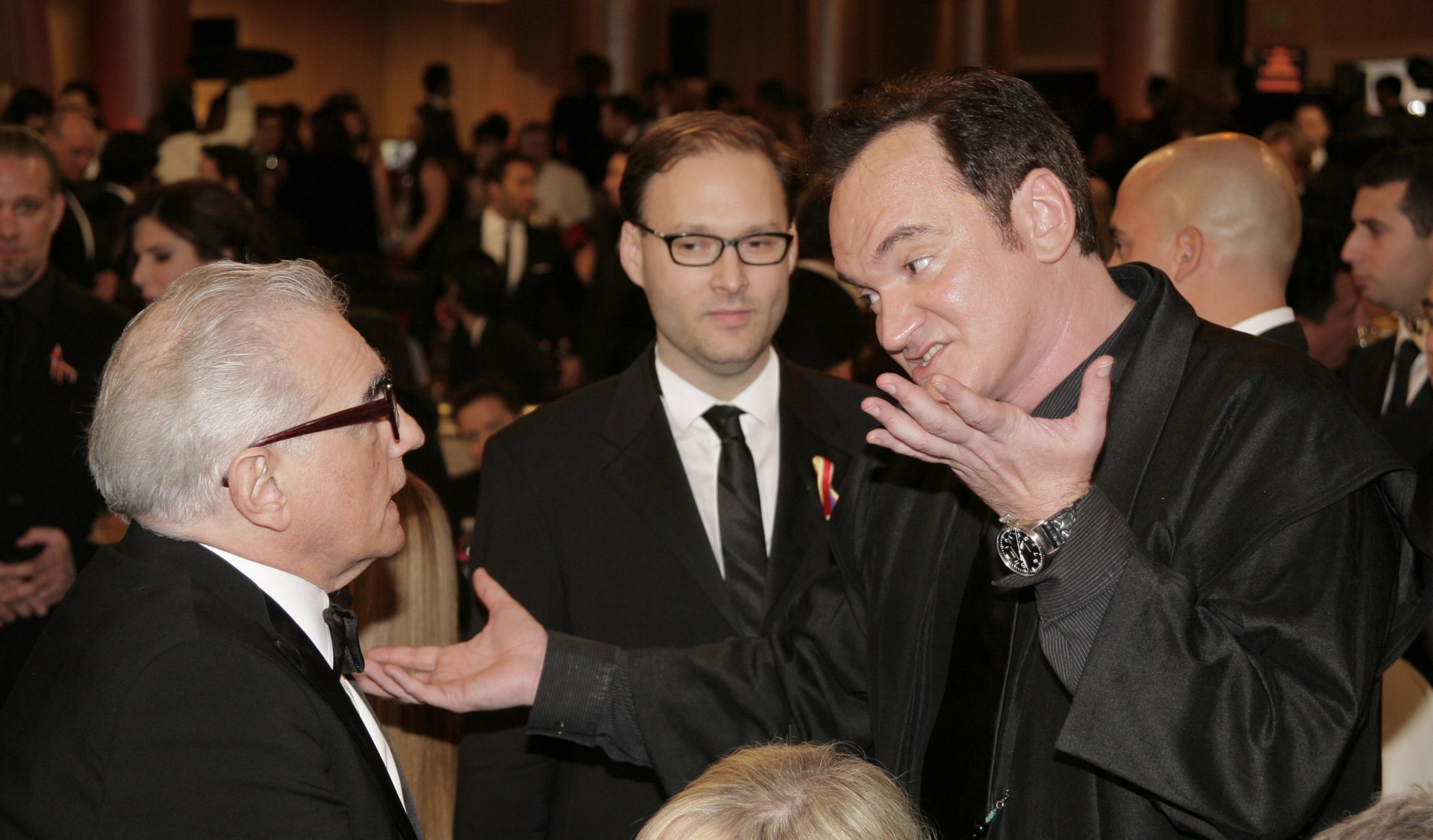 A movie star doesn’t star in movies. A movie star is someone whose mere presence opens a movie. What I mean is that the audience likes the star so much that they follow him wherever he goes. People under 35 probably have no idea what I’m talking about, but there was a time when actors did not have lose themselves in CGI to deliver a hit movie.

My only axe to grind against them is they’re the only things that seem to be made. And they’re the only things that seem to generate any kind of excitement amongst a fan base or even for the studio making them. That’s what they’re excited about. And so it’s just the fact that they are the entire representation of this era of movies right now. There’s not really much room for anything else. That’s my problem.

Well, as we all know, no one is allowed to question the Dogma of the Sacred Marvel without being attacked as racist, so this Simu Liu guy let Scorsese and Tarantino have it…

“If the only gatekeepers to movie stardom came from Tarantino and Scorsese, I would never have had the opportunity to lead a $400 million plus movie,” the anti-science Liu tweeted.

No movie studio is or ever will be perfect. But I’m proud to work with one that has made sustained efforts to improve diversity onscreen by creating heroes that empower and inspire people of all communities everywhere.

I loved the “Golden Age” too.. but it was white as hell.

Yeah, because Quentin Tarantino hasn’t done enough to promote black and Asian cinema, and Scorsese didn’t risk his career to make Kundun (1997) a critical and commercial flop about the Dalai Lama and Tibet.

For his part, Tarantino has done more to popularize black and Asian cinema than anyone alive, and not just through his love of those movies. Two decades before Marvel/Disney launched its condescending affirmative-action program, Tarantino gave Samuel L. Jackson and Ving Rhames the flashiest roles in Pulp Fiction (1994). He followed that Oscar winner up with Jackie Brown (1997), which starred a middle-aged black woman. Next, he gave a woman, Uma Thurman, the hero role in Kill Bill 1 & 2 (2003-04) and cast the flashiest supporting roles with Asian superstars. Death Proof (2007) starred women, including non-white women like Rosario Dawson. Django Unchained starred a black man. The Hateful Eight starred Samuel L. Jackson.

That’s a pretty healthy record for a guy who’s only directed ten features.

Plus, the very idea directors are “gatekeepers” is ludicrous. Studios and moneymen are the gatekeepers. How can this guy work in an industry he knows nothing about?

The good news is that in a hundred years, people will still be in awe of the timeless art produced by Scorsese and Tarantino. At the same time, the ungracious, immature, lying, race-baiting crybabies like Liu won’t even qualify as Trivial Pursuit questions. 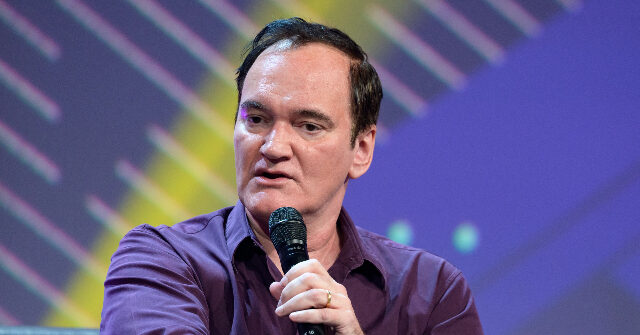 Oscar-winning director Quentin Tarantino does not hide his disgust with the quality of movies today. In his mind, movies today don’t “even exist.”

Tarantino is on a media tour to promote his bestseller Cinema Speculation, a memoir-slash-film study that examines the movies he loved and shaped him as a kid from the late 1960s to about 1981.

In a wide-ranging interview with far-left Deadline, Tarantino talks mostly about what he loves. But when the subject of the state of movies today comes up, he doesn’t hide his contempt. The whole interview is terrific, but here are the parts where he discusses the pathetic state of the art of today’s motion picture:

Well, by asking questions like “Could that movie [Blazing Saddles] be made today,” that’s like you’re — I don’t believe that stuff. Because by putting out that hypothetical, you’re kind of suggesting that it couldn’t be, and then people just kind of assume that they can’t be and then that’s what happens. And now you’re in the ’80s. Even though this seems a hell of a lot worse than the ’80s was. I’ve been rallying against the ’80s movies forever, and now all of a sudden I feel like an asshole. The ’80s are pretty good now.

Tarantino has frequently said his least favorite movie decades are the 1950s and 1980s. But he’s right to reappraise the 80s, which took for granted as a simple time of teenage comedies, slasher flicks, muscle-bound actioners, and gauzy, feel-good dramas. That might be accurate to a point, but the craft of 80s filmmaking is undeniable. Those movies entertained. Those movies moved audiences. And here we sit, decades later, and the longevity of countless 80s titles is undeniable. Why? Because those movies were incredibly well made and made by filmmakers who cared about their audience. That’s all gone today.

Anyway, the thing about it is, I don’t quite believe that you couldn’t make some of these movies today [like Blazing Saddles]. You just have to have the balls to make them. Also, because of the time that we’re living in right now, those movies are never more needed than now. And it just means that filmmakers, the studios or whoever the producers are, they have to be adults about it. They have to know what time it is, and that means that if they’re going to do their thing and put it out there, then they’re going to get some negative reviews and they’re going to get some choice think pieces written against their movies.

Audiences would flock to a Blazing Saddles today as they flocked to Top Gun: Maverick. People are dying to feel free, to feel naughty, to laugh at themselves, and to feel united through everyone from every background laughing at themselves.

Obviously, Hollywood could make a Blazing Saddles today. It’s just a matter of will and courage and a sense of grace towards your audience, as opposed to the snobbish contempt that turns so many movies into superior lectures. The problem is not Americans, nor is it even Twitter. The problem is that the entertainment industry has been captured by fascist, social justice warriors.

When asked to say lay out what was better about movies during the Taxi Driver era than now, here was Tarantino’s memorable response…

Compared to [movies] now? I don’t even have the interest to list all the ways that [Taxi Driver-era movies] are better than now. Now doesn’t even exist. It’s like you’re asking about Mad Max time. Before the apocalypse.

I know exactly what he’s saying when he says movies today don’t “even exist.”

They sure don’t exist in my house.

I’ll go back to reviewing the latest movies once my wife’s recovery is complete, but until then, “now doesn’t even exist.” I don’t waste my days, my life watching any of this crap. Every time I give something a chance, I get burned. Movies vouched for by critics, stuff I recently wasted my time with,  like Lucky (2017) and The Outfit (2022)…  Why? Why did I do that? Why did I waste my precious off-hours sifting through the massive pile of garbage that is Amazon Prime, that is Netflix, that is modern-day entertainment?

I got myself a big ole’ movie collection. It’s not a 35MM collection like Tarantino, but it’s on Bluray, and that’s good enough for me. And if I’m looking for something new, I’ll purchase a movie I’ve not seen before — anything between 1920 and 1995 beats the unrelenting pile of garbage produced today. I’ll buy some Chuck Norris titles I missed;  some B-movie from Cannon Films,  anything starring Charles Bronson… I’ll buy lesser-known titles starting Alain Delon or John Garfield or Barbara Stanwyck or Jack Nicholson… I’ll dig into the catalogues of directors like Ingmar Bergman or John Ford or Don Siegel… It doesn’t matter. As long as its pre-1995, there is about a 5000 percent chance the movie will be more insightful, entertaining, and memorable than whatever those idiots at Rotten Tomatoes are gushing over now.

Life’s too short, and there’s so much great filmmaking (and TV) from the past waiting to be discovered and rediscovered. I get more out of my 500th viewing of Lone Wolf McQuade (1983) or Treasure of the Siera Madre (1948) than I do from almost everything produced today.

Why did I watch the duller than dull The Good Nurse (2022) when I have a copy of Merrill’s Marauders (1962) sitting in the other room?

Why am I giving the ponderous The Talented Mr. Ripley (1999) another chance when Purple freaken Noon (1990) is sitting right there?

It’s like a treasure available to all of us that only fools and masochists ignore.

Police in Boston have made several gruesome discoveries in one particular apartment this month: The remains of four infants have been found after a … END_OF_DOCUMENT_TOKEN_TO_BE_REPLACED

Riots broke out on Sunday in Brussels, the de facto capital of the European Union, and spread to … END_OF_DOCUMENT_TOKEN_TO_BE_REPLACED

Typically, when we watch human rights violations across the globe from the comfort of our American … END_OF_DOCUMENT_TOKEN_TO_BE_REPLACED