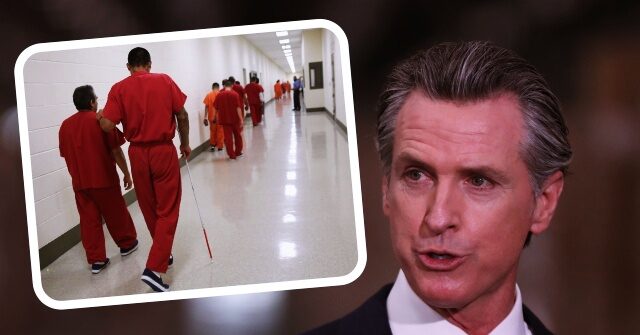 The Ninth Circuit federal appeals court, one of the most liberal courts in the nation, struck down a California law that sought to close most of the Immigration and Customs Enforcement (ICE) detention facilities holding illegal aliens.

A three-judge panel had previously struck down the law, but that decision was vacated by the full Ninth Circuit and the case was reheard by all 11 judges. On Monday, the court found AB 32 would give California veto power over ICE’s ability to detain illegal aliens.

The court writes in their 8-3 decision:

At the direction of Congress, Immigration and Customs Enforcement (ICE) carries out extensive detention operations, a substantial portion of which takes place in California. Due to significant fluctuations in the population of noncitizens who are detained, and other challenges unique to California, ICE relies almost exclusively on privately operated detention facilities in the state to maintain flexibility. But in 2019, California enacted Assembly Bill (AB) 32, which states that “a person shall not operate a private detention facility within the state.” AB 32 would prevent ICE’s contractors from continuing to run detention facilities, requiring ICE to entirely transform its approach to detention in the state or else abandon its California facilities. [Emphasis added]

AB 32 would override the federal government’s decision, pursuant to discretion conferred by Congress, to use private contractors to run its immigration detention facilities. It would give California a “virtual power of review” over ICE’s detention decisions, and allow the “discretion of the federal officers [to] be exercised . . . only if the [state] approves.” Pub. Utils. Comm’n, 355 U.S. 534, 543 (1958). Whether analyzed under intergovernmental immunity or preemption, California cannot exert this level of control over the federal government’s detention operations. AB 32 therefore violates the Supremacy Clause. [Emphasis added]

“We applaud the full court for recognizing that the intended effect of this law — to end federal detention of aliens in California — is what makes it unconstitutional,” Dale Wilcox, with the Immigration Reform Law Institute (IRLI), said in a statement.

“Under our Constitution, a state may not interfere with — much less cancel — federal immigration law enforcement, and we are pleased that California’s law attempting to do just that is no more,” Wilcox said.

Last year, a number of sanctuary states followed California in attempting to pass statewide bans on ICE detention facilities — including New Jersey, Illinois, Washington, New York, and Maryland. The latest decision will mean Washington–a state which is likewise in the Ninth Circuit–might also not be allowed to force ICE to close its detention facilities. And the federal courts covering the other states might adopt the Ninth Circuit’s analysis.

Former President Donald Trump flashed his frustration with the Republican leadership on his Truth Social account yesterday, lashing out at McConnell’s … END_OF_DOCUMENT_TOKEN_TO_BE_REPLACED

Week 31 of Putin’s War, that projected 3-day romp through Ukraine is not starting off well. Just one day after annexing the Ukrainian oblasts of … END_OF_DOCUMENT_TOKEN_TO_BE_REPLACED

Once upon a time, back when “Saturday Night Live” was funny on a consistent basis in the late 1980s, … END_OF_DOCUMENT_TOKEN_TO_BE_REPLACED

Five men were arrested on June 17, 1972, while trying to bug the Democratic National Committee’s … END_OF_DOCUMENT_TOKEN_TO_BE_REPLACED