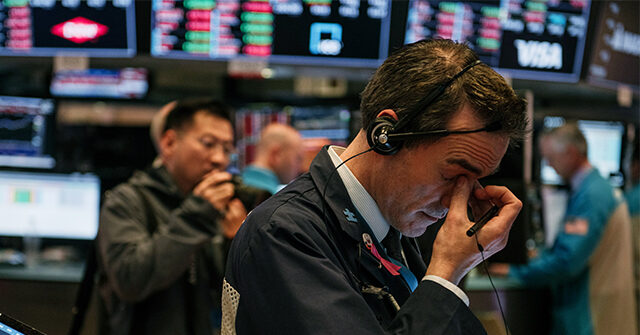 On Friday’s broadcast of the Fox News Channel’s “Your World,” Biden Senior Adviser Gene Sperling responded to the poor performance of the stock market on Friday by urging focus on “the real economy,” and said that if you want to see “bad reactions” to economic policies, “you’re seeing a lot of reaction to what was announced in the U.K., not about anything that happened in the United States.”

Host Neil Cavuto asked, “Gene, I know the President likes to say he doesn’t look at the markets like his predecessor obsessed with the markets. But you think now and then he should?”

Cavuto then cut in to ask, “But Wall Street — you’re not saying Wall Street’s not real, right? I mean, it reflects layoffs. It reflects Fed acts and seeing a slowdown. It’s real. It’s not fake, right?”

Sperling responded, “I don’t think you make policy based on the day-by-day gyrations of the market. And by the way, I think if somebody was trying to look for bad reactions to what I think are more of the kind of trickle-down, supply-side type of policies of the past, you’re seeing a lot of reaction to what was announced in the U.K., not about anything that happened in the United States.” 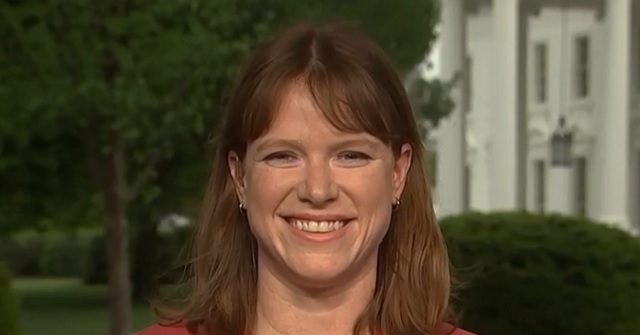 On Friday’s broadcast of MSNBC’s “Hallie Jackson Reports,” White House Communications Director Kate Bedingfield responded to the stock market falling and how that squares with the White House’s upbeat economic messaging by saying “there are very encouraging signs that we’re making significant economic progress” like inflation being “effectively flat over the last couple of months,” and that Republicans want to take away voting and abortion rights.

Host Hallie Jackson asked, “Republicans, Kate, are making clear they’re going to run, as you know, partly on the inflation and the economy, as we have this split screen now, today, for example, with the markets falling, down something like 800 points on those higher interest rates. How do you square that with the optimism that the White House has projected about economic conditions ahead of the midterms?”

Bedingfield responded, “Well, look, first of all, there are very encouraging signs that we’re making significant economic progress. I mean, under the Biden presidency, we’ve created a historic number of jobs, real wages are up over the last couple of months, inflation has been flat, or effectively flat over the last couple of months, gas prices have fallen for 14 consecutive weeks in a row. So, we are seeing really encouraging signs here. And I think what’s important is — and you heard the president talk about this today, there is a real choice for people. There’s a choice between an agenda that Congressional Republicans are putting forward that is about taking us backward, that is about stripping people of their rights, stripping women of the right to choose, stripping people of the right to vote, and — or the Biden and Congressional Democratic agenda, which is about lowering costs, protecting your rights, tackling the climate crisis, pushing for an assault weapons ban. I mean, these are things that are going to make a difference in people’s lives. The choice could not be clearer here and I think you saw that laid out really clearly by both the president and by Mr. McCarthy today.”

It almost reads like a headline from the satire site, The Babylon Bee, huh? With nearly 2.5 million — and counting — Border Patrol encounters with … END_OF_DOCUMENT_TOKEN_TO_BE_REPLACED

Seventy-three companies in Britain are halfway through a six-month trial in which employees get a paid day off weekly. Instead of the standard 40-hour … END_OF_DOCUMENT_TOKEN_TO_BE_REPLACED

Some of the lines from the familiar, seventh-inning stretch tune, “Take Me Out To The Ballgame” hit me a little differently on Friday night, at the … END_OF_DOCUMENT_TOKEN_TO_BE_REPLACED

All Joe Biden and his team had to do for the economy was nothing. Allow the people to go back to … END_OF_DOCUMENT_TOKEN_TO_BE_REPLACED

Despite his publicity stunts to draw attention to his presidential run, and preening about … END_OF_DOCUMENT_TOKEN_TO_BE_REPLACED