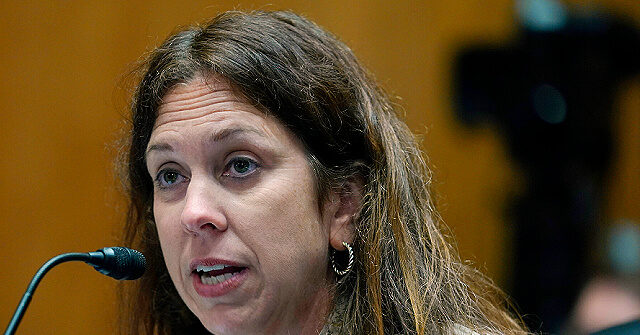 President Joe Biden’s nominee to lead the National Archives and Records Administration (NARA) failed to make it out of the Senate Homeland Security and Governmental Affairs Committee on Wednesday amid the controversy surrounding the FBI’s raid on Mar-a-Lago.

Although former President Donald Trump voluntarily complied with a grand jury subpoena that sought the return of documents kept at Mar-a-Lago, the FBI raided Trump’s estate after NARA asked the U.S. Department of Justice to continue the investigation into Trump.

However, Shogan told the committee she has “not been briefed on any of the details” of NARA’s or the DOJ’s investigation into Trump.

I want to be clear that as the nominee for this position, I have not been briefed on any of the details. But as I understand it, when there is some concern about damage to records in general at the National Archives, at that point in time, to retrieve the records, there is a voluntary exchange of communication with those individuals. And as I understand that, once again, they don’t have any past knowledge of this.

The committee’s vote was tied 7-7 along party lines.

With the deadlocked vote, Democrat Senate Leader Chuck Schumer (D-NY) will have to discharge the nomination out of the committee, which would delay her vote before the full U.S. Senate.

Ranking member Rob Portman (R-OH) also painted Shogan as partisan for a 2007 article in which she wrote, “Republicans tend to exhibit anti-intellectual qualities.”

However, Shogan cited her “15 years of nonpartisan government” experience and claimed Sen. Portman was taking her article out of context.

Jordan Dixon-Hamilton is a reporter for Breitbart News. Write to him at [email protected] or follow him on Twitter.

With each passing day, the media narrative of a “Democrat comeback” ahead of the midterm elections drifts further and further away from reality. This … END_OF_DOCUMENT_TOKEN_TO_BE_REPLACED

The mainstream media isn’t too happy with me after I denounced Amazon’s attempts to DEI Tolkien’s works. Piece after piece has come out accusing me of … END_OF_DOCUMENT_TOKEN_TO_BE_REPLACED

Dr. Leah Torres who describes herself on Twitter as an "OB/Gyn providing evidence-based medicine" and a "Sex-positive, gender-affirming repro health … END_OF_DOCUMENT_TOKEN_TO_BE_REPLACED

Some bad news on the legal front on Monday from the Supreme Court. The Supreme Court has declined to hear a case challenging Joe Biden’s vaccine … END_OF_DOCUMENT_TOKEN_TO_BE_REPLACED

"The Handmaid's Tale" is a story of a dystopian future in the United States where women are reduced to property of the state, birth rates plummet, and … END_OF_DOCUMENT_TOKEN_TO_BE_REPLACED

A Christian nurse in the United Kingdom is suing a health clinic in North London, claiming the … END_OF_DOCUMENT_TOKEN_TO_BE_REPLACED

On Monday, Planned Parenthood officials announced plans for a mobile clinic that will travel to the … END_OF_DOCUMENT_TOKEN_TO_BE_REPLACED