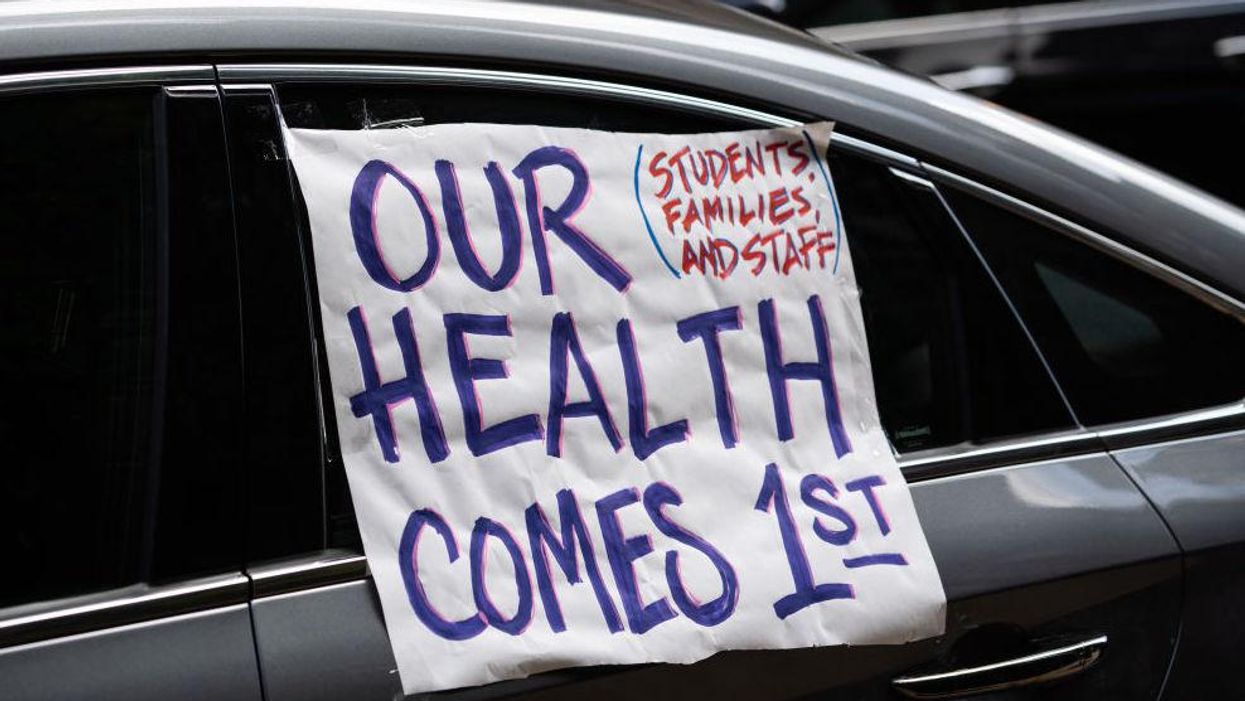 More than 100 Chicago teachers face discipline after they refused to show up for the first day of in-person learning this school year.

The Chicago Teachers Union has aggressively campaigned against reopening plans, arguing the coronavirus pandemic creates unsafe working and learning environments. That means the nearly 400,000 students who receive instruction in the Chicago Public Schools system have been relegated to online learning since the pandemic began 10 months ago.

But CPS finally rolled out a plan last month to resume, albeit slowly, in-person learning.

Phase One of the plan began Monday, when students enrolled in pre-K and “moderate and intensive cluster programs” — the district’s program for special needs students — were scheduled to return to in-person learning. Parents nationwide have voiced frustrations with remote learning. In fact, remote learning has proved, in many cases, to be a massive failure, as student failure rates were at record highs nationwide for the fall semester.

Of those employees, 145 have been declared to be “absent without leave,” which means they have been locked out of their virtual classrooms, barred from accessing their work email, and are having their pay withheld, the Chicago Tribute reported.

The teachers refused to show despite the city spending $100 million to make city schools COVID-19 safe.

CEO Janice Jackson had warned last week that teachers who refused to show up would face discipline, WLS-TV reported.

“Individuals who are refusing to report to work and who will be considered absent without leave will face progressive discipline per CPS policy,” Jackson said.

How did the Chicago Teachers Union respond?

According to WBEZ, the union was “incensed” that teachers who were required to teach from their classrooms were punished for refusing to carry out their in-classroom job duties.

The union reportedly said locking teachers out of their virtual classroom and withholding pay is “cruel and illegal.”

Pushback from the union, though, was no surprise. CTU president Jesse Sharkey said just last week that the start of in-person learning needed to be further delayed, and that district officials should instead plan for a “robust summer program.”

“Delay the start of school, and let the vaccination proceed, and then figure out a way to extend school with a robust summer program,” he said, WLS reported.

Get Social with Us!

House Speaker Nancy Pelosi (D-CA) has yet to say when she will send the impeachment article over to the Senate, calling into question her party’s … END_OF_DOCUMENT_TOKEN_TO_BE_REPLACED

Oh, man, what a relief! The far-left Associated Press (AP) is reporting there is “no evidence of any threats” for His Fraudulency Joe Biden’s … END_OF_DOCUMENT_TOKEN_TO_BE_REPLACED

It’s not uncommon for people to organize marches on Martin Luther King Day, but the kind of march a group of Texans fans proposed on Monday is … END_OF_DOCUMENT_TOKEN_TO_BE_REPLACED

An Iranian-American businessman has been sentenced by a Tehran court to 10 years in jail for spying, … END_OF_DOCUMENT_TOKEN_TO_BE_REPLACED

Parler CEO John Matze says the social media platform will be back soon, adding that “free speech is … END_OF_DOCUMENT_TOKEN_TO_BE_REPLACED

Medical professionals in California are calling on state schools to reopen this February, arguing … END_OF_DOCUMENT_TOKEN_TO_BE_REPLACED

CNN has opened a new front in its efforts to blacklist its competitors. After former Facebook exec … END_OF_DOCUMENT_TOKEN_TO_BE_REPLACED

The skyline in Los Angeles, Calif., December 27, 2020. (Bing Guan/Reuters)One of our readers is … END_OF_DOCUMENT_TOKEN_TO_BE_REPLACED