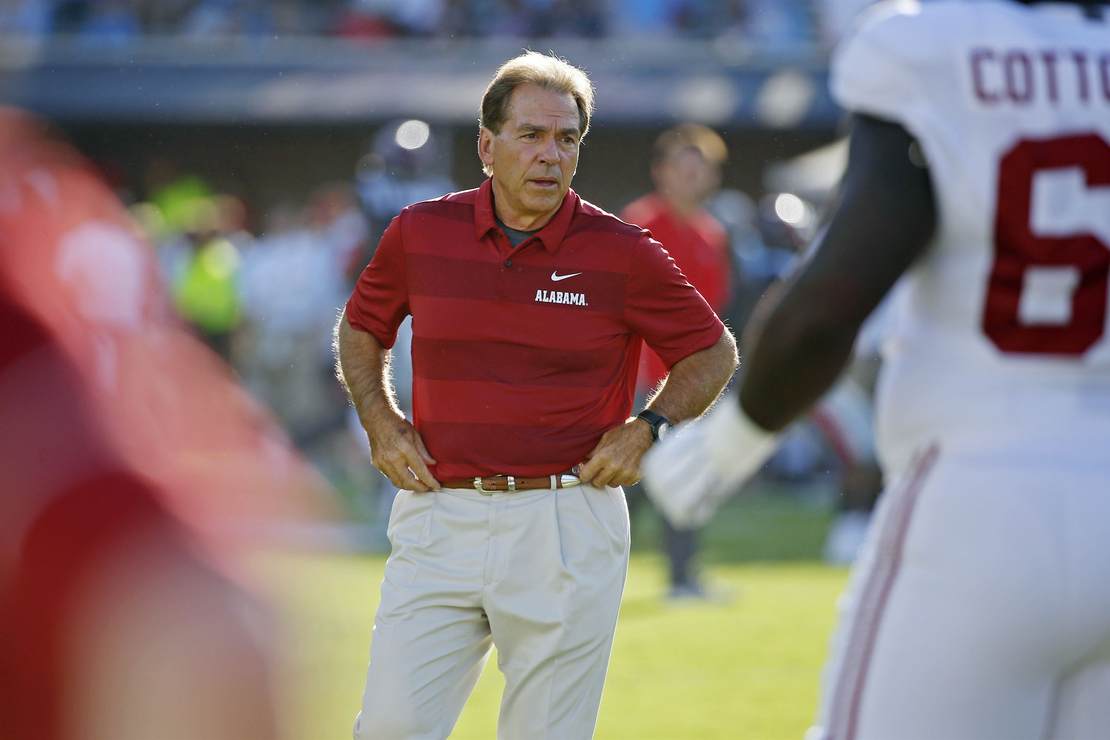 Word is out that the powers that be in charge of the college football playoffs system, or CFP if you prefer, are seriously mulling over expanding the field from its current four teams to twelve. The proposal would set as the starting field the top four ranked teams who are conference champions as the first through fourth seeds, next coming the top eight ranked teams regardless of whether they are conference champions. The top four teams would receive a first-round bye, while teams five through twelve will play each other at the higher ranked team’s home a couple of weeks after the regular season and conference championship games ended. The next round would take place at various bowl games on or near New Years Day, with the semi-finals after that and the championship game a couple of weeks thereafter, all at neutral sites.

For decades, there was no national championship game in college football. The closest one could come to such a matchup would be if the number one and number two ranked teams in the country, said rankings being from either the media  or collegiate coaches, were to meet in a bowl game. This didn’t happen all that often, as most bowl games featured a matchup predetermined by conference; for example, the Rose Bowl was a bout between the PAC-8 (or 10, or 12) and Big Ten champions. The number one ranked team therefore playing number twenty-three while number two was playing number three? Oh well.

The CFP, after three other attempts at sort-of playoffs crashed and burned, is supposed to permanently fix the above by selecting the top four teams in the country, pitting teams one and four against each other in one high profile bowl game and teams two and three against each other in another high profile game, followed by a championship game at — you guessed it — a neutral site. This system has led to much wailing and gnashing of teeth among teams who have put together sparkling seasons, but by dint of not being in the SEC (oops, did I say that out loud?) are basically ignored by the pollsters. Thus, the newly proposed system, so that your team, too, has a fair shot at getting demolished in the postseason by the NFL’s unofficial thirty-third franchise, otherwise known as the Alabama Crimson Tide.

Now, before anyone gets excited at being able to respond to “Are you watching another bowl game?” with “But this one MATTERS!,” it must be noted that even if the proposal is accepted at the next meeting or so of the powers that be, it won’t take effect for the upcoming season. Or the season after that. Or perhaps not even the season after that. Reason? Television, of course. The existing agreements would have to be rewritten to incorporate both the newly created first round games and the rearranged New Years Day-ish bowl game quarterfinals and the subsequent semifinals. This would be, as people used to say in their Facebook status, complicated. Unless all parties involved agree to toss the existing contracts and start anew — hold thy breath not — we will most likely not see the proposal, if approved, come to fruition until 2026, which on the bright side will give Jen Psaki sufficient time to circle back to any questions that may arise.

One possible issue with the proposed system is that, in theory, it could force a team to play seventeen games in a season. The usual college football team plays twelve regular season games. Sometimes it’s eleven, occasionally it’s thirteen, but usually twelve. Okay, now add to that a conference championship game because obviously playing everyone in your conference during the regular season (for those teams in a conference small enough to permit such) can’t possibly tell you who the best team might be. Now we’re at thirteen games. Yay, you’ve been selected for the playoffs! Boo, you’re not one of the top four ranked teams who are also conference champions. So, you play the first round. Victory! Fourteen games. On to the second round. Wow, you’ve upset one of the top four ranked teams! Fifteen games played. On to the semifinals. You win again! In your sixteenth game. You’re in the CHAMPIONSHIP! And your seventeenth game. One can only imagine any NFL team scouting players on said seventeen-game playing team lighting votive candles and burning incense while chanting pleas and supplications to the great god Pigskin that their preferred choice to be a first round draft pick survives this gauntlet of games injury-free. Because heaven forbid anything should disturb the NFL’s reason for not having a minor league system.

A man has been arrested on suspicion of assaulting Gov. Gavin Newsom during his visit to downtown Oakland, authorities said Friday. Newsom was walking … END_OF_DOCUMENT_TOKEN_TO_BE_REPLACED

The surge of people coming across the U.S.- Mexico border are not only migrants hoping to be granted refugee status. Hundreds are boarding planes … END_OF_DOCUMENT_TOKEN_TO_BE_REPLACED

Google is attempting to find a new way to measure people’s skin tones, to prevent its products from becoming “biased” against “people of color,” … END_OF_DOCUMENT_TOKEN_TO_BE_REPLACED

Fantasy Football punishments for coming in last have gotten creative in recent years, including … END_OF_DOCUMENT_TOKEN_TO_BE_REPLACED

What a novel concept! California is on its way to fully reopening, so its Employment Development … END_OF_DOCUMENT_TOKEN_TO_BE_REPLACED

A majority of voters do not agree with Rep. Ilhan Omar’s (D-MN) statement equating the Unites … END_OF_DOCUMENT_TOKEN_TO_BE_REPLACED

These days, Critical Race Theory is all the rage. I mean that in two ways — it’s a popular topic, … END_OF_DOCUMENT_TOKEN_TO_BE_REPLACED

Former Vice President Mike Pence was greeted Friday with boos and shouts of "traitor!" as he began … END_OF_DOCUMENT_TOKEN_TO_BE_REPLACED