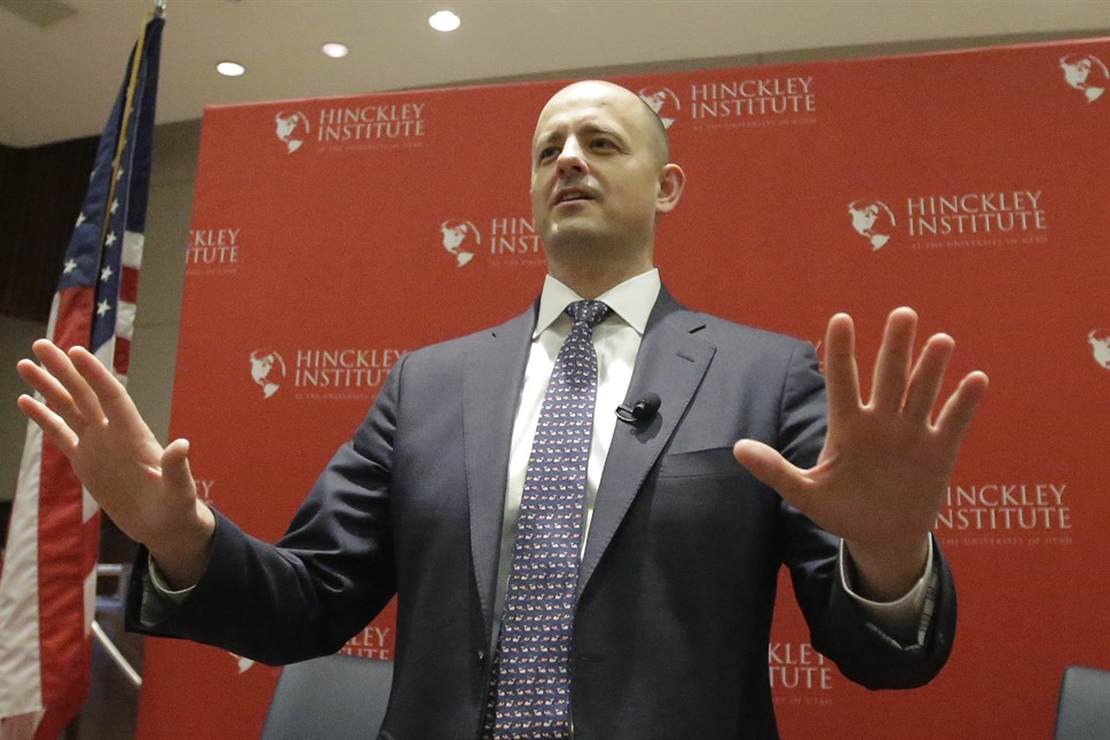 Of course, we remember. McMullin was a one-time superstar, an independent who rose to fame during presidential primaries with frank talk for both sides of the fence. For weary conservatives and libertarians who were feeling skeptical about Trump but couldn’t stomach the thought of another Clinton administration, McMullin’s sudden appearance and common-sense platform seemed like a god-send.

It soon turned into a nightmare, as McMullin succumbed to Trump Derangement Syndrome and began sounding like every other Democrat on the political stage. A failure to pay outstanding campaign expenses, even as he continued to raise money off of his rising public status, proved to be the end of the brief libertarian/conservative love affair with the one-time presidential candidate.

Now McMullin is back, and so is his hypocrisy. This time, he is attempting to be the electoral foil for Utah incumbent Senator Mike Lee(R), and in a recent campaign email he accused Lee of accepting the dreaded, evil “dark money.”

After a new poll showed us in a near-statistical tie with Senator Lee, a far-right super PAC announced it was spending $2 MILLION to prop up Lee’s campaign.

That is the type of dark-money spending we’ll be up against from now through Election Day.

This is rich, considering McMullin has no problem accepting super PAC money himself. Jim Geraghty laid it out in National Review:

It’s also the kind of so-called “dark money spending” that helped McMullin in his presidential bid in 2016! The Lincoln Project is a super PAC, will McMullin denounce their efforts as sinister “dark money spending”? Or is McMullin like almost every other candidate in politics who denounces the super PACs that work against him but quietly assents to the super PACs that work to help elect him?

Oh, and that “near-statistical tie?” That’s a bit of a stretch, too. The poll was conducted over eleven days, and only sought out registered voters. Anyone with any ounce of political sense knows that only “likely voters” really matter when it comes to polling. Even still, McMullin came out four points behind Lee. It’s only June and despite running as an independent, McMullin has the endorsement of the Democrat Party. By the time we get to November, that endorsement will be a rock tied around the neck of the poll numbers.

Place your bets on which description fits McMullin.

The website for National Right to Life Committee is offline after apparently being targeted for cyberattack."We apologize to those of you who have … END_OF_DOCUMENT_TOKEN_TO_BE_REPLACED

For ages now, we’ve been told that high gun ownership correlates to a higher homicide rate. In fact, … END_OF_DOCUMENT_TOKEN_TO_BE_REPLACED

MaryAlice Parks, an ABC News White House correspondent, issued a tweet on Thursday in which she … END_OF_DOCUMENT_TOKEN_TO_BE_REPLACED

A Dunkin' Donuts shop in Cranston, Rhode Island, was criticized after they published an ad offering … END_OF_DOCUMENT_TOKEN_TO_BE_REPLACED