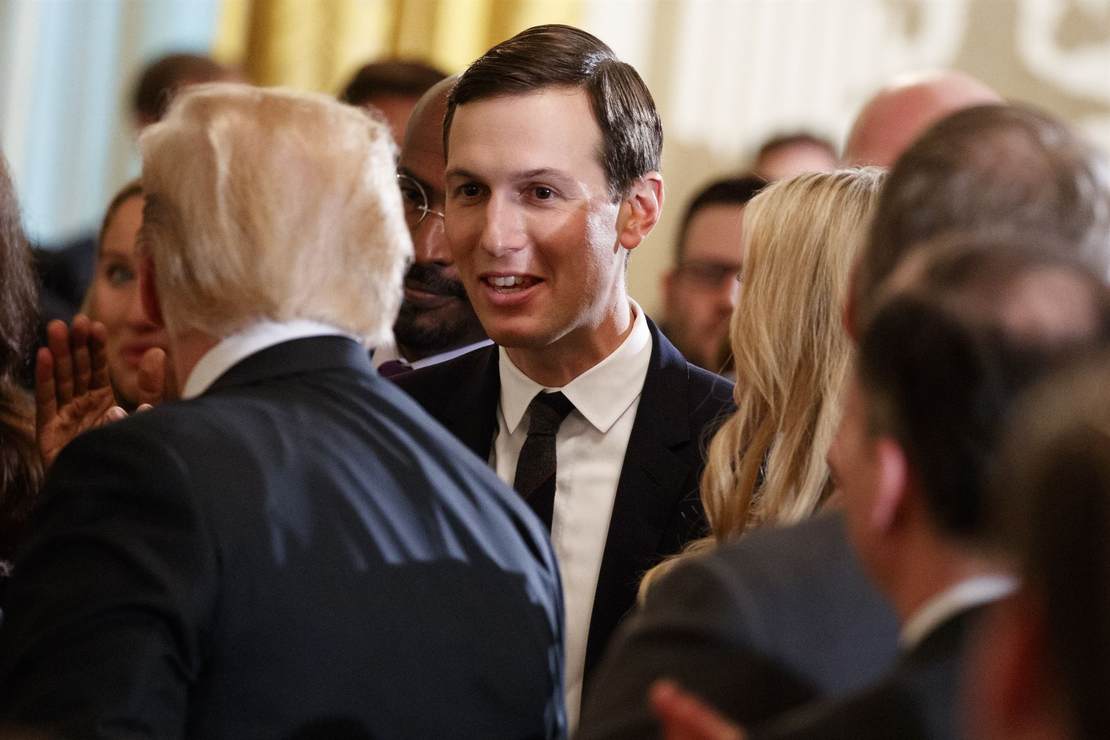 While most Republicans have given Ron DeSantis high marks for his move to fly illegal aliens to Martha’s Vineyard, not everyone on the right is happy.

That’s manifested mostly in Trump-world, perhaps because people in his orbit see DeSantis as a threat in 2024. Some of the major boosters of the former president actually agreed publicly with the leftwing criticism that the move was a “stunt.” Per my earlier writings, I don’t agree with that at all and believe DeSantis’ move was not only effective but highly necessary to turn the conversation onto the border crisis.

Unfortunately, former top Trump advisor Jared Kushner decided to go on Fox News and throw some barbs. In an attempt to “both sides” the issue, he suggested that DeSantis has used illegal aliens as “political pawns.”

Jared Kushner criticizes Desantis’s flight of migrants to MV: “We have to remember that these are human beings, they’re people, so seeing them being used as political pawns is very troubling to me.” pic.twitter.com/zVCWxMUeES

I’m not sure any person actually within Trump’s administration did more to harm and hamper it than Kushner did. He held great influence and was behind the push for “criminal justice reform.” He was also knee-deep in the bad decision-making surrounding COVID-19. Over and over, he advised Trump not to make big moves that ultimately cost the president.

There’s a reason that for most of Trump’s tenure, Kushner was despised by even the president’s biggest supporters. He was seen as a weak, establishment bridge that put a damper on Trump’s biggest ambitions. I think that’s right, and this shot at DeSantis is evidence of how Kushner thinks. He is much more concerned with how he’ll be seen at wealthy cocktail parties in New York than advancing the conservative movement.

DeSantis is not using illegal aliens as political pawns. He and other GOP governors are doing what is needed to spread the load out and to put the spotlight on an issue that is costing an untold number of lives. The border crisis is a humanitarian crisis. To Kushner’s point, illegal aliens are human beings, and they shouldn’t be treated as disposable in order to bolster Democrat political prospects. Flying them to Martha’s Vineyard is not an issue. Having them drown in the Rio Grande or get murdered by the drug cartels is.

Here’s the question people need to be asking themselves, even those who are enthusiastic supporters of Donald Trump. Do you want Kushner in the White House pulling the strings for another four years? What about him says that he can be trusted to be anything but Democrat-lite? If Trump comes out and says Kushner won’t be involved going forward, that’s one thing. But he hasn’t done that, and Ivanka Trump, also a very liberal-minded individual, is his daughter.

In short, 2024 is a ways off yet, but GOP primary voters need clarity on what a second Trump administration would look like. That could have a big effect on how ballots are ultimately cast.

Kanye West said Thursday on FNC’s “Tucker Carlson Tonight” that he liked Donald Trump. West said, “It was wild that I didn’t know how close my … END_OF_DOCUMENT_TOKEN_TO_BE_REPLACED

Drag queen "Lil Miss Hot Mess" is accusing Republican Sen. Marco Rubio of "bigotry" after the lawmaker from Florida called out the radical left in a … END_OF_DOCUMENT_TOKEN_TO_BE_REPLACED

Google is celebrating the news that Velma, one of the main characters from the widely-beloved world … END_OF_DOCUMENT_TOKEN_TO_BE_REPLACED

While I didn’t think it possible, the Democrats have found one more way to degrade and demean … END_OF_DOCUMENT_TOKEN_TO_BE_REPLACED

Ah, Joe Biden. He’s a continuing font of gaffes. A lot of the time, he seems to have no idea what he … END_OF_DOCUMENT_TOKEN_TO_BE_REPLACED