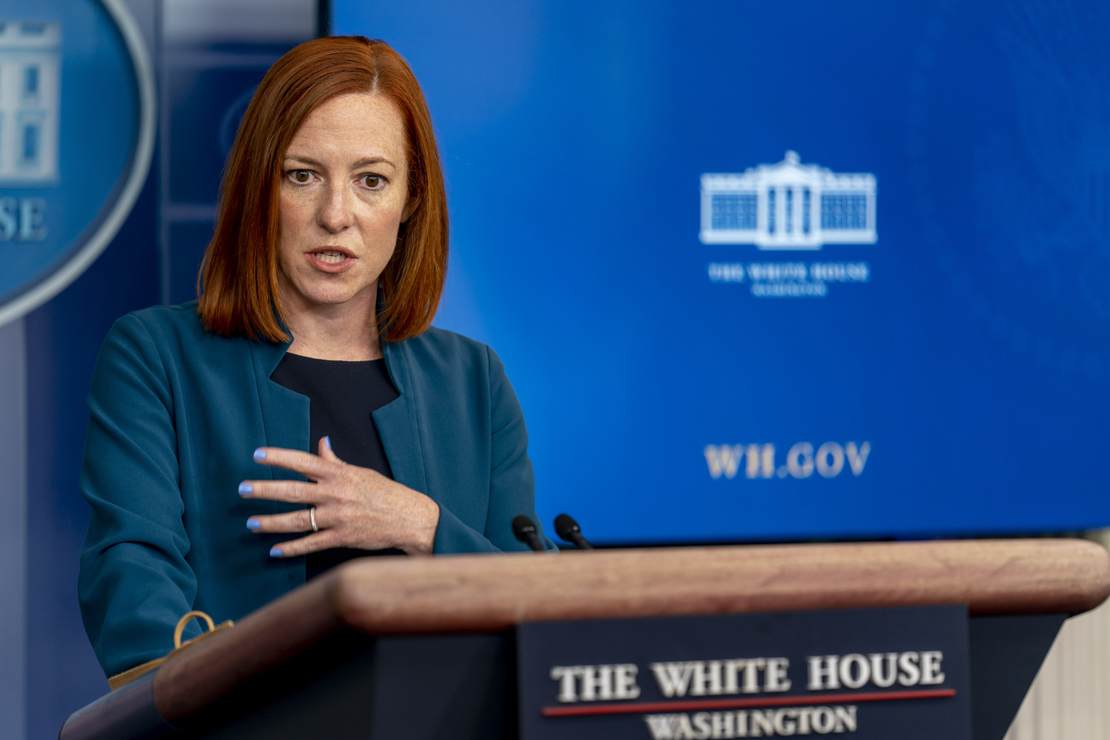 Regardless of whether or not our gaffe-prone President is addressing the press on a daily basis, the staggering tone-deafness of this administration is exemplified each and every time White House press secretary Jen Psaki hits the podium in the James Brady briefing room to take questions from reporters.

Today was no different from all the rest, except in this instance, the White House’s tone-deafness was on full display during a back and forth between Psaki and New York Post reporter Steven Nelson regarding concerns expressed by Republicans that Vice President Harris was not stepping up in her Biden-appointed role to address the “root causes” of the border crisis.

Nelson noted that instead of visiting the border, Harris had been traveling to different places across the country over the last week including Chicago, where he pointed out that she was photographed visiting a Chicago bakery. It was Nelson’s mention of that visit to the bakery – which was not the focal point of his question, as you’ll soon see – that caused Psaki to crank up the cringe level to “maximum.” Here’s how the exchange went down (bolded emphasis added):

NELSON: So on immigration and the border, as we discussed here today, Vice President Harris has been put in charge of addressing the root causes of the border crisis. Last Tuesday, she spoke with Guatemala’s president, but she hasn’t visited the border or Central America or spoken to the leaders of El Salvador or Honduras.

She was traveling this week. Took time to visit a bakery in Chicago. I’m wondering, is she still working on this? And can you address the perception that she’s, kind of, quietly backing off while Secretary Mayorkas is pursuing some Trump-era policies, such as potentially building new border barriers and potentially prosecuting people who illegally cross multiple times?

PSAKI: There was a whole lot packed in there, so let me just see what I can do here.

First, I would say the Vice President was visiting Chicago actually to talk about COVID and the importance of communities getting the vaccine when it’s available and accessible to them. And so, while she was there, like many Americans, she got a snack. I think she’s allowed to do that.

REPORTER: “VP Harris is in charge of addressing the root causes of the border crisis….She hasn’t visited the border…She took time to visit a bakery in Chicago. I’m wondering if she’s still working on this.”

PSAKI: “Like many Americans, she got a snack.” pic.twitter.com/xp9uaYi6a9

“While she was there, like many Americans, she got a snack, I think she’s allowed to do that.” pic.twitter.com/y05aY3OnLd

When I first watched the video clip it reminded me of that scene from “Dirty Dancing” where Baby meets Johnny and the first thing out of her mouth was “I carried a watermelon.” I almost felt embarrassed for Psaki. Almost. Nelson mentioning the bakery wasn’t the relevant part of his question but that’s what she chose to address first for some bizarre reason. Perhaps trying to be cute even though the occasion most certainly didn’t call for it? I don’t know.

In fairness, that’s not all she said in response to Nelson’s question, but the rest of her answer wasn’t much better:

Second, I would say that yesterday — and this was actually a statement put out by her team — USAID announced the deployment of a DART team — we only have these in a couple of places in the world, so this is fairly significant — to respond to urgent humanitarian needs in Guatemala, Honduras, and El Salvador. This is meant to help address the immediate humanitarian needs, whether it’s drought, food insecurity, ongoing COVID-19 pandemic. And this is in communities that are still recovering. So that is actually an announcement made by the Vice President’s team earlier today.

This is absolutely an issue that she is — remains committed to, is in the lead on. The Northern Triangle, which I’m sure you’re aware of, but is not the same as the border. They’re all related to each other, but addressing the North- — being responsible in the lead on the Northern Triangle is working with these countries in the region, addressing the root causes, working with them on how we can address issues like long-term food insecurity, drought, the COVID-19 pandemic, hurricanes, et cetera. That’s what she’s focused on.

So her team put together a team that will be sent to the Northern Triangle, yet Harris herself can still not be bothered to go to the area to see for herself what’s going on? This is nuts, especially considering she and the other Democratic candidates for president last year hammered Trump for a supposed lack of empathy for the migrants trying to cross the border. Then again, the fact that they were obviously pandering and virtue signaling for votes over the issue shouldn’t surprise anyone.

Despite Psaki’s tapdancing about where Kamala is and isn’t (she did not have an updated travel schedule for Harris during today’s briefing), Fox News did its own “Where’s Kamala?” report, digging into who was doing what. They reported that other administration officials were visiting the Northern Triangle in Harris’ absence:

Maybe it’s a good thing others are making those visits across the border while she’s eating “a snack” in Chicago. Can you imagine how embarrassing it would be for the administration to see her cackling get broadcast in border news reports every time she’s hit with an uncomfortable question as the cameras are rolling?

Reality show personality Courtney Stodden announced on social media that she was identifying as "nonbinary," and did not identify as a woman … END_OF_DOCUMENT_TOKEN_TO_BE_REPLACED

The U.S. intelligence community conceded Wednesday that China is still keeping America in the dark about the true origins of the novel coronavirus, … END_OF_DOCUMENT_TOKEN_TO_BE_REPLACED

David Petraeus, the former commanding general of U.S. troops in Afghanistan, fears that the cost of pulling the remaining 3,500 U.S. troops out of … END_OF_DOCUMENT_TOKEN_TO_BE_REPLACED

Michigan Gov. Gretchen Whitmer (D) attempted to downplay Wednesday revelations that two of her top aides traveled out of the state for spring break … END_OF_DOCUMENT_TOKEN_TO_BE_REPLACED

Two reports from the Inspector General for the U.S. Capitol Police reveal the department had advance … END_OF_DOCUMENT_TOKEN_TO_BE_REPLACED

Things are heating up in Brooklyn Center, Minnesota again tonight, the third night after the police … END_OF_DOCUMENT_TOKEN_TO_BE_REPLACED

Things are heating up in Brooklyn Center, Minnesota again tonight, the third night after the police … END_OF_DOCUMENT_TOKEN_TO_BE_REPLACED

This week was a good week for the cause of life, at least in the Sixth Circuit. My colleague, … END_OF_DOCUMENT_TOKEN_TO_BE_REPLACED

This week was a good week for the cause of life, at least in the Sixth Circuit. My colleague, … END_OF_DOCUMENT_TOKEN_TO_BE_REPLACED