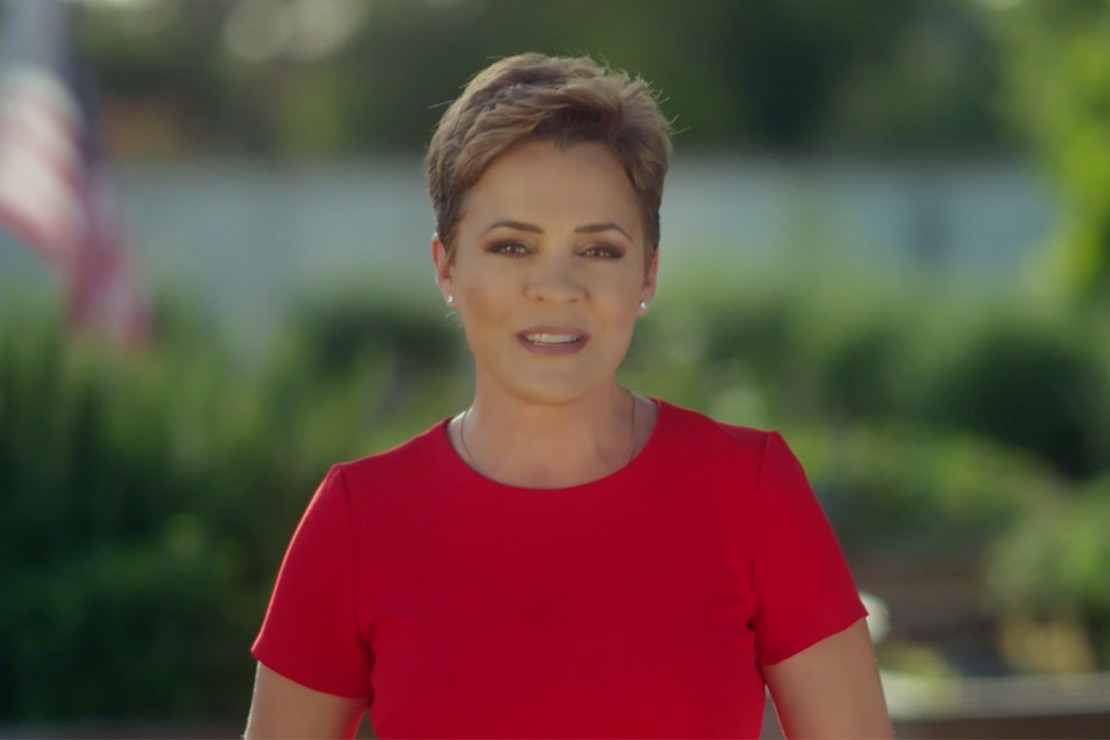 Democrat Secretary of State Katie Hobbs is trailing Republican Kari Lake in a new poll of the Arizona gubernatorial race.

Data for Progress, a left-wing pollster, shows former television news anchor Lake with 51 percent compared with Hobbs at 47 percent in a poll of 768 likely voters from Sept. 15 to 19.

Lake also performed slightly better in terms of favorably, with 47 percent of those polled having a favorable view of her compared to 43 percent for her opponent. In terms of unfavorable numbers, the Republican is at 47 percent compared to Hobbs’ 44 percent.

45 percent of those polled said that “addressing economic conditions, like inflation and the cost of food and gas” was the issue they were most concerned about. The Phoenix metropolitan area has the highest annual inflation rate in the country at 13 percent.

The other issues listed were about whether Democrats or Republicans were moving toward extremes and abortion access.

The poll has a four percent margin of error, and it also showed a tight race between Democratic Sen. Mark Kelly and Republican Blake Masters. Kelly led the poll at 48 percent, and Masters is behind one point at 47 percent.

Kelly and Masters agreed to debate in October, but Hobbs declined to debate Lake, which is a break in a 20-year tradition in the state of a televised gubernatorial debate.

“No, I am not afraid. I stared down armed protesters at my house, which by the way, Kari Lake has helped to incite those kinds of threats against me,” she told 12 News on Tuesday.

However, Lake wants to debate her at some point.

Kanye West said Thursday on FNC’s “Tucker Carlson Tonight” that he liked Donald Trump. West said, “It was wild that I didn’t know how close my … END_OF_DOCUMENT_TOKEN_TO_BE_REPLACED

Drag queen "Lil Miss Hot Mess" is accusing Republican Sen. Marco Rubio of "bigotry" after the lawmaker from Florida called out the radical left in a … END_OF_DOCUMENT_TOKEN_TO_BE_REPLACED

Google is celebrating the news that Velma, one of the main characters from the widely-beloved world … END_OF_DOCUMENT_TOKEN_TO_BE_REPLACED

While I didn’t think it possible, the Democrats have found one more way to degrade and demean … END_OF_DOCUMENT_TOKEN_TO_BE_REPLACED

Ah, Joe Biden. He’s a continuing font of gaffes. A lot of the time, he seems to have no idea what he … END_OF_DOCUMENT_TOKEN_TO_BE_REPLACED