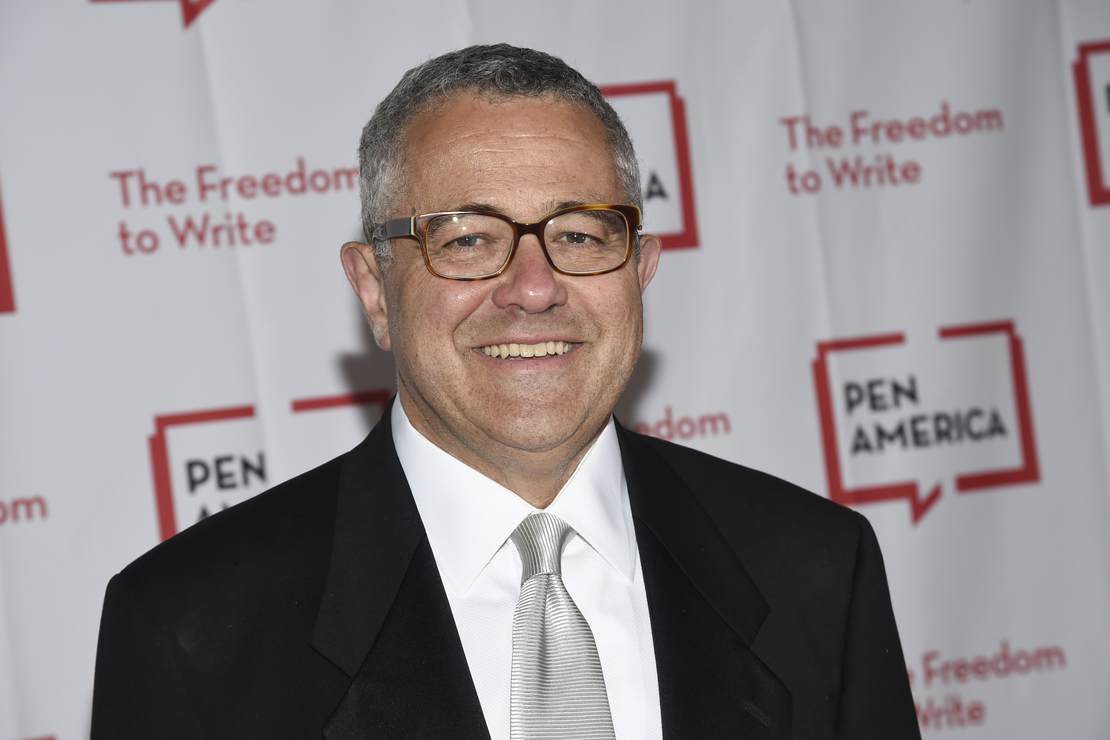 Back in November, CNN chief legal analyst Jeffrey Toobin was fired from his job as a staff writer for the New Yorker after being caught a few weeks earlier exposing himself during a Zoom conference call for the magazine where he was also seen, um, taking matters into his own hands if you catch my drift.

CNN’s response to the controversy was not to suspend or fire Toobin, who has been with the network since 2002, but to grant him the “time off” that he reportedly requested.

On Thursday, 8 months after the embarrassing incident, Toobin returned to CNN where he gave what was one of the most awkward, cringe-inducing interviews in human history. He was brought on for “legal analysis,” but “Newsroom” host Alisyn Camerota had the unenviable task of addressing what happened last year right off the bat:

CAMEROTA: I feel like we should address what’s happened in the months since we have seen you, since some of our viewers may not know what has happened. So, I guess I’ll recap. I’ll do the honors.
(LAUGHTER)
CAMEROTA: In October, you were on a Zoom call with your colleagues from “The New Yorker” magazine. Everyone took a break for several minutes, during which time you were caught masturbating on camera. You were subsequently fired from that job, after 27 years of working there. And you since then have been on leave from CNN. Do I have all that right?
TOOBIN: You got it all right, sad to say.
CAMEROTA: To quote Jay Leno, what the hell were you thinking?
TOOBIN: Well, obviously, I wasn’t thinking very well or very much. And it was something that was inexplicable to me. I think one point — I wouldn’t exactly say in my defense, because nothing is really in my defense — I didn’t think I was on the call. I didn’t think other people could see me. So…
CAMEROTA: You thought that you had turned off your camera?
TOOBIN: Correct. I thought that I had turned off the Zoom call. Now, that’s not a defense. This was deeply moronic and indefensible. But, I mean, that is part of — that is part of the story.

The full transcript is here, but it really doesn’t do the interview justice. Below are a couple of video clips from that do. Please note the placement of Toobin’s hands:

#BREAKING: Jeffrey Toobin RETURNS to CNN and will continue as their chief legal analyst despite having masturbated on a Zoom call. Speaking to Alisyn Camerota, he explains that he “wasn’t thinking very well or very much, and it was something that was inexplicable to me.” pic.twitter.com/898T7lbebH

Jeffrey Toobin on whether he’s spoken to those who were on the Zoom call: “They were shocked and appalled. I think they realized that this was not intended for them.”

Despite NOT losing his job at CNN, he says he’s “privileged” that he will be able to “rebuild” his life. pic.twitter.com/kYmou4uVAH

Before we get to my thoughts, two reactions I thought were worth mentioning were Megyn Kelly’s, who roasted the network for its “incestuous boys’ club” atmosphere:

There is not a woman alive who could have done anything close to what Jeffrey Toobin did (not that one would) and kept her job. What a disgusting,
incestuous boys’ club. So damned tired of it.

And Outkick’s Clay Travis, who pointed out that CNN banned him from the network for something much less offensive (at least to most people):

All that said, here’s a reminder that Toobin engaging in some self-love on a Zoom call, while disgusting and gross, is not the worst thing he’s done since beginning his career with CNN.

As I previously noted, back in the early 2000s, Toobin – who is married and has two children with his wife – had a long-running affair with a woman named Casey Greenfield. At one point, she became pregnant by Toobin. Though she had the child, it was reported later that Toobin was such a concerned lover that he actually offered to pay for Greenfield to have an abortion. According to a source, when she refused, Toobin told her she shouldn’t expect any help from him.

In a newsletter written in the aftermath of the Zoom call incident, former CNN producer Steve Krakauer detailed other instances of Toobin’s (alleged) abhorrent treatment of women:

Toobin was accused in 2010 of whispering “disgusting” things to a prominent woman, then following her to her hotel room and trying to invite himself in, before leaving her “vile” and “sick” messages in the days after. Want more details on the nature of the literally unprintable comments? Go to the old Gawker for that.

In 2015, Toobin was accused of “exploiting” a woman’s story for his own financial gain, writing a biography of her that caused her to allegedly describe him as “an emotional rapist.”

This, the same Jeffrey Toobin who, in recent years, has added moralizing anti-Trump pundit to his previous legal analysis for CNN. Like in 2018, during the Brett Kavanaugh hearings, when he described the allegations against Kavanaugh (never prosecuted or proven) this way: “If you sexually assault someone in high school, your life should be ruined.… how about the lives of the women? How about 15-year-old Ms. Blasey? How about her life?”

Sounds like a real peach of a guy, doesn’t he? And a perfect fit for the hypocrites at CNN, who have once again proven that if you’re a liberal caught in the hot seat that inevitably you will get off easily (pun intended) and be welcomed back with open arms.

A man has been arrested on suspicion of assaulting Gov. Gavin Newsom during his visit to downtown Oakland, authorities said Friday. Newsom was walking … END_OF_DOCUMENT_TOKEN_TO_BE_REPLACED

The surge of people coming across the U.S.- Mexico border are not only migrants hoping to be granted refugee status. Hundreds are boarding planes … END_OF_DOCUMENT_TOKEN_TO_BE_REPLACED

Google is attempting to find a new way to measure people’s skin tones, to prevent its products from becoming “biased” against “people of color,” … END_OF_DOCUMENT_TOKEN_TO_BE_REPLACED

Fantasy Football punishments for coming in last have gotten creative in recent years, including … END_OF_DOCUMENT_TOKEN_TO_BE_REPLACED

What a novel concept! California is on its way to fully reopening, so its Employment Development … END_OF_DOCUMENT_TOKEN_TO_BE_REPLACED

A majority of voters do not agree with Rep. Ilhan Omar’s (D-MN) statement equating the Unites … END_OF_DOCUMENT_TOKEN_TO_BE_REPLACED

These days, Critical Race Theory is all the rage. I mean that in two ways — it’s a popular topic, … END_OF_DOCUMENT_TOKEN_TO_BE_REPLACED

Former Vice President Mike Pence was greeted Friday with boos and shouts of "traitor!" as he began … END_OF_DOCUMENT_TOKEN_TO_BE_REPLACED