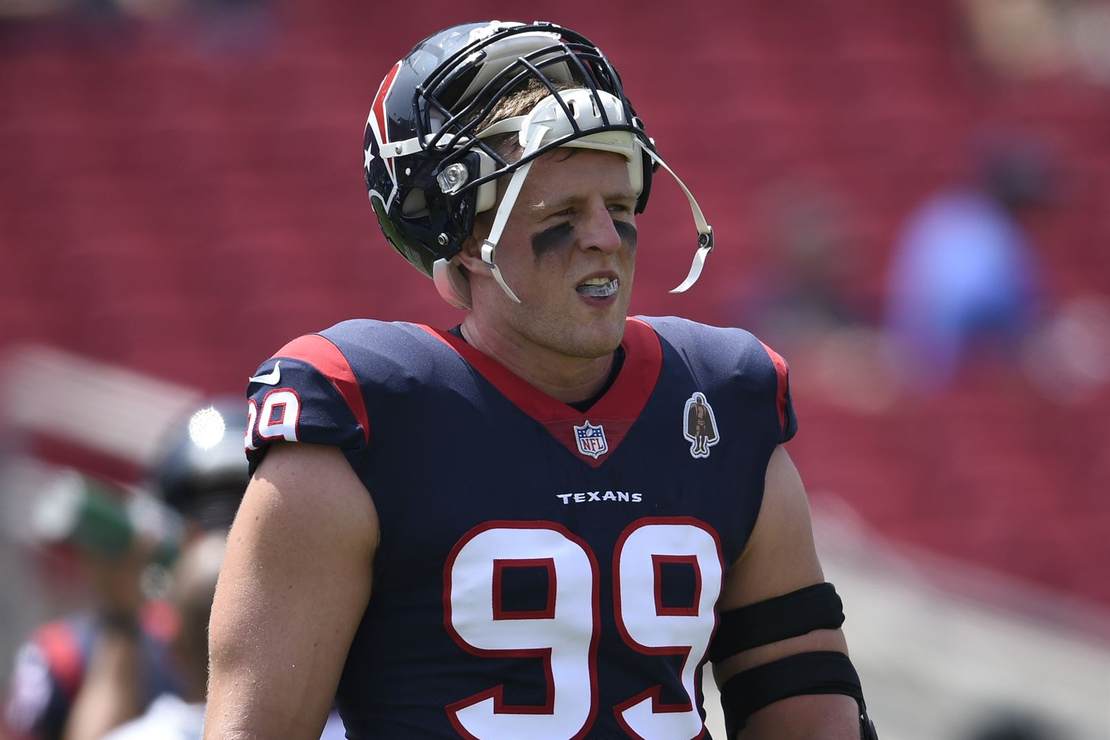 Despite our continuing disillusionment with America’s pandering professional sports leagues, from NFL commissioner Roger Goodell’s prostration before the Black Lives Matter altar in the aftermath of Colin Kaepernick kneeling and George Floyd’s death, to the NBA’s complete disregard for crushed democracy in Hong Kong and Beijing’s genocide against minority Uyghur Muslims, every once in a while, a glimmering example of what it means to be an American emerges from the multibillion-dollar money-centric industry.

One such example is Boston Celtics center Enes Kanter, who continues to take the NBA and its “King” to task over Hong Kong and the Uyghurs. Another is Arizona Cardinals defensive end, JJ Watt, whose charitable history and all-around-good-guy stuff has become legendary in the sports world.

To the point, as reported by NBC Sports and other outlets on Wednesday, Watt has offered to pay for the funeral costs of the families of all Waukesha Christmas parade victims killed when a career criminal thug and reported Black Lives Matter activist mowed them down on Sunday.

Watt, a Waukesha native who played football at the University of Wisconsin, tweeted his feeling as news of the attack broke. (Vs. “crash,” CNN.)

“Just now seeing what happened at the holiday parade back home in Waukesha tonight. Horrific images. Truly hoping everyone is going to be ok and those not involved are now safe. Thankful to everyone who rushed to action and helped the wounded.”

Just now seeing what happened at the holiday parade back home in Waukesha tonight.

Truly hoping everyone is going to be ok and those not involved are now safe.

Thankful to everyone who rushed to action and helped the wounded.

JJ’s brothers, Derek and T.J., who play for the Pittsburgh Steelers, shared their thoughts about the horror in their hometown on social media, as well.

As I said at the top, JJ Watt is a really good guy.

As reported by TMZ Sports on Wednesday, Watt was named the NFL’s 2017 Walter Payton Man of the Year, a distinguished award that recognizes recipients for their charitable efforts. In 2018, he also offered to cover the funeral costs of the people who died in the Santa Fe High School shooting. He also raised $37 million to help rebuild Houston and the Gulf region after they had been ravaged by Hurricane Harvey.

Watt’s latest really good guy effort comes not only at a time when Wisconsin is reeling from the exhausting Rittenhouse trial and the horrific domestic terrorist attack on the Waukesha Christmas parade but also at a time when professional sports in America isn’t doing all that well, either.

Something tells me Wisconsin will recover a hell of a lot quicker than professional sports.

A teenager has been arrested in India for decapitating his pregnant sister as their mother allegedly held the victim's legs, according to police, CNN … END_OF_DOCUMENT_TOKEN_TO_BE_REPLACED

The city of Baltimore on Tuesday announced vaccinated city employees and those who get the jab before January 14 will receive $1,000. The City … END_OF_DOCUMENT_TOKEN_TO_BE_REPLACED

Democratic New York City Mayor Bill de Blasio recently announced a vaccine mandate, and called on all governors and mayors to do the same in order to … END_OF_DOCUMENT_TOKEN_TO_BE_REPLACED

Kaleida Health in New York has fired approximately 100 unvaccinated employees who had avoided the vaccine mandate due to religious exemption. The … END_OF_DOCUMENT_TOKEN_TO_BE_REPLACED

The Astroworld Festival has been hit with a $10 billion lawsuit representing more than 1,500 … END_OF_DOCUMENT_TOKEN_TO_BE_REPLACED

A man with a lengthy rap sheet, who allegedly beat up two women on Thursday in random New York City … END_OF_DOCUMENT_TOKEN_TO_BE_REPLACED

A good Samaritan in Butler County, Ohio, jumped into action this week by chasing down and … END_OF_DOCUMENT_TOKEN_TO_BE_REPLACED