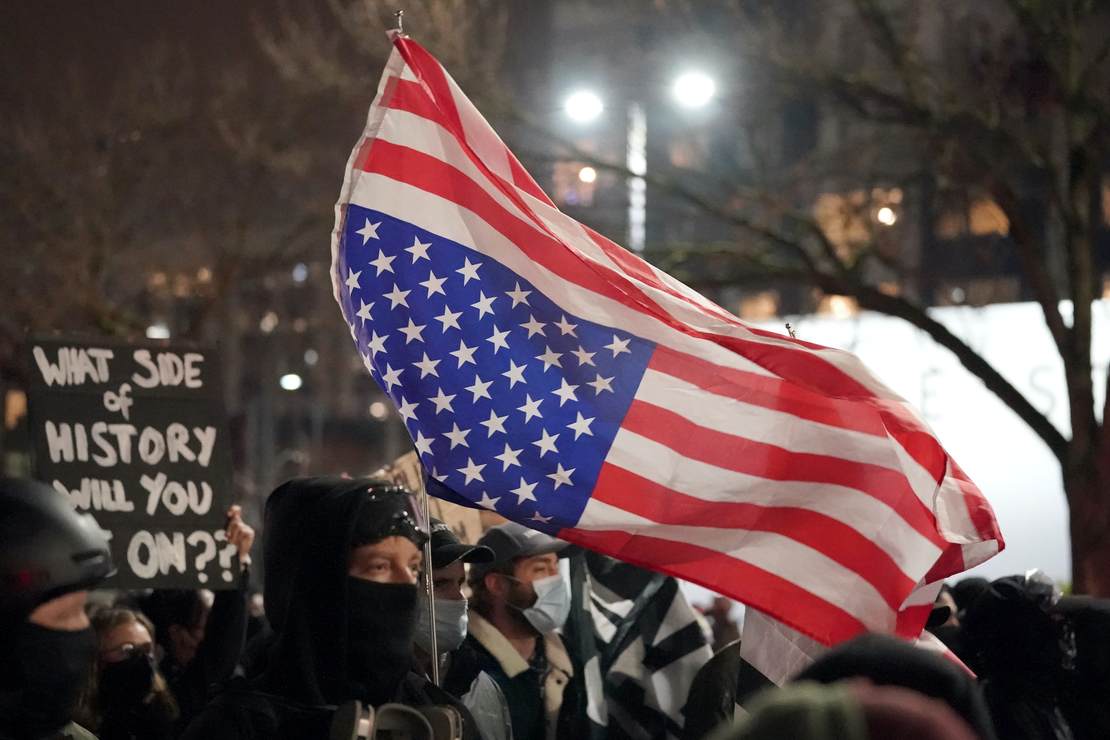 The time for “live and let live” has drawn to a close, at least temporarily. For too long, the Right has been satisfied to leave their voices to the ballot box. Sometimes the Right has been too satisfied to give their voice to a personality. Both strategies have left the conservative right looking around and wondering how we got to where we are today.

I have built a brand on reaching out to the other side, on giving people space to be wrong, the space to discuss, the space to tolerate. I sincerely believe that there are many reasonable people in America from all ideologies who are still willing to talk with each other, people who are quite happy to live and let live.

Unfortunately, none of those people are controlling the conversations right now. Trump’s presidency has burned away the niceties that tenuously held our political ecosystem together. We’ve had a front-row seat to the strategy of the Left. We’re seeing the lengths they will go to and the lies they let stand in service of winning and crushing 50% of this nation.

The onslaught of dishonesty has been relentless. The progressive left isn’t happy to just let us live with our own values, our own media, our own cultural verticals. They seek to completely destroy ideological and financial competition.

They seek unity through complete elimination of the other side.

There are times for compromise and times to draw a line in the sand, and friends, the latter has arrived. It is time to draw our lines. Many thought the battle was the election, but that was simply the opening shot fired. The actual battle is unfolding before our very eyes across every single social class and industry. At this very second, there is a fight brewing in thirteen states over election fraud reform. The governor of Arkansas vetoed a hugely popular bill banning transgender “medical” interventions on children. The governor of South Dakota did the same.

In Florida, Governor Rick DeSantis has been under nonstop attack by corporate media because he has insisted on following the science and good sense when it comes to keeping his state safe and open for business. CBS News deceptively edited video of DeSantis answering a question about vaccine rollouts at Publix stores to make it look as if he were dodging a question he answered immediately, clearly, and honestly.

The good news is many people are already beginning to draw their lines. The Arkansas House immediately overrode the governor’s veto of their bill to protect children from transgender surgery.

Texas has banned vaccine passports. Parents in Los Angeles are suing the teachers union (UTLA) for “personal injury” as they continue to make ridiculous demands before returning to school. Restaurants in lockdown states like California are opening their doors without permission, determined to survive and deal with the fallout later. All across America people are traveling, dropping their masks, and refuting the notion of mandatory vaccines. The White House has already walked back their interest in vaccine passports, and although they certainly intend to use their corporate arms to unofficially enforce the idea, their retreat from the position is notable.

The trickle is starting but we need to create a roaring river, a current of good sense. It is time to put diplomacy on pause. It has its place, and for those of us still engaged in public debate and discussion, we should never completely abandon it. Persuasion is a vital part of winning any culture war. There is value in walking softly, but sometimes persuasion can only be made palatable to the other side by carrying a big stick.

So draw your line. Decide where it is. It won’t be the same for all of us. Maybe you’ve tolerated a lot but refuse to tolerate vaccine passports. Maybe you can’t imagine giving up Coca-Cola products (they do own a lot of stuff, after all) but you decide to lay off their soda for a while. Maybe you start a calling or letter-writing campaign to your state legislator demanding they protect girls’ athletics and children against oppressive transgender legislation. Maybe you give up your MLB tv package this season. Maybe you run for the school board.

Your line will be different from my line and that’s ok. The battle has many fronts. But it’s important to understand this:

The quiet season is over. We are in a noisy season. Grab a bullhorn and start screaming.

Hollywood actress Rosanna Arquette is once again attempting to smear the Republican Party members as bigots, saying the ‘R’ stands for … END_OF_DOCUMENT_TOKEN_TO_BE_REPLACED

A virus has escaped the university labs and is super-spreading through our culture. It's called Critical Race THEORY and what used to be a fringe … END_OF_DOCUMENT_TOKEN_TO_BE_REPLACED

Many pro-life organizations have released information providing clarification about the use of abortion-derived fetal cell lines in the development, … END_OF_DOCUMENT_TOKEN_TO_BE_REPLACED

U.S. Rep. Liz Cheney (R-Wyo.), the third-highest ranking Republican in the House, said that if … END_OF_DOCUMENT_TOKEN_TO_BE_REPLACED

Michigan Gov. Gretchen Whitmer (D) shrugged off a question Wednesday about the news that at least … END_OF_DOCUMENT_TOKEN_TO_BE_REPLACED

One person has died, six have been rescued, and a dozen are still missing as the U.S. Coast Guard … END_OF_DOCUMENT_TOKEN_TO_BE_REPLACED

Two reports from the Inspector General for the U.S. Capitol Police reveal the department had advance … END_OF_DOCUMENT_TOKEN_TO_BE_REPLACED