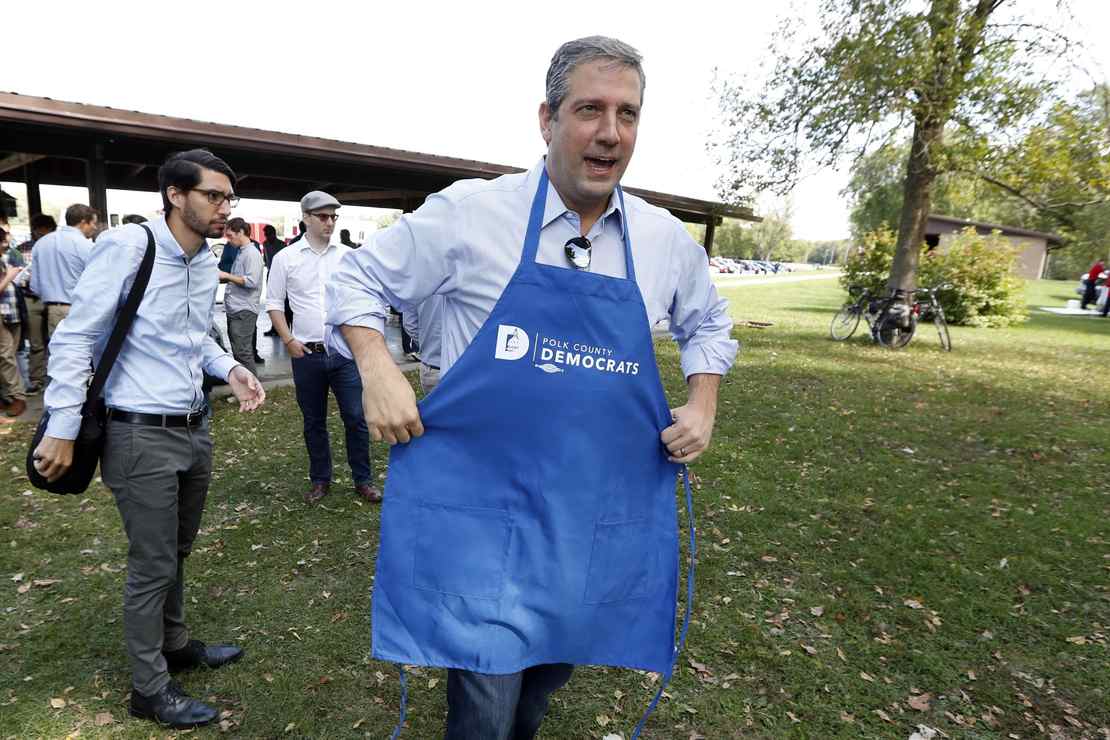 We’ve already reported on two recent ones, including Ryan’s suggestion Vance was out of touch with average Ohioans because he was transported to a campaign event in a $70,000 vehicle. Left out was that self-styled “man of the people” Ryan himself launched his campaign in a similarly priced vehicle, and the fact that those electric vehicles Ryan touts absolutely do not fit into the tight budgets of the middle-class people he claims to represent.

The other was an attempted dunk on Vance for holding a campaign rally this past Saturday instead of attending an Ohio State football game, an attack that backfired when it was discovered that Ryan himself was also not at the game.

Here we are a week later and round three of Ryan’s Very Online attacks on Vance continue, this time in response to a tweet from a USA Today reporter who noted that Vance “declined a pork sandwich” while at the Farm Science Review Wednesday because he’s trying to “stay fit”:

Hello from the Farm Science Review. Vance is here talking to folks and told one group he isn’t an ag expert but wants to be an ally if elected.

He also declined a pork sandwich, telling the grill master it’s hard to eat everything on the campaign trail and stay fit. #OHSen pic.twitter.com/P7tCpFO5mp

“Vance also offered to buy a milkshake for the Dem tracker who’s following him around. For those who are curious, the tracker is lactose intolerant,” the same reporter also helpfully noted, but I digress.

In response, Ryan – or most likely his handlers – took another tiresome “not a real Ohioan” swipe at Vance, declaring that “this guy is just not Ohio” (presumably they meant “from” or “for” Ohio):

Who passes up a pork sandwich fresh off the grill on an Ohio farm? This guy is just not Ohio. https://t.co/xAVVm7zEi0

Sooo, like this means Jewish people aren’t authentically Ohioans? Members of the Muslim community? And others who are either allergic to or just genuinely don’t like pork?

Antisemitic dog whistle from @timryan. That’s how this works, right? You can’t be Ohio if you don’t eat pork 🐷🐷🐷 https://t.co/GcqphGzj1c

I mean, I’m from North Carolina. I get the importance of barbecue in the political debate. If a candidate for higher office is not seen chowing down on their share of ‘cue at some point while on the campaign trail here, something is considered deeply wrong. And if they have the nerve to actually dis ‘cue, there is hell to pay.

But someone declining a food offering is not cause for alarm, nor does it signal that the person is not one with the state or whatever.

Besides, if anyone should be feeling shame here over anything related to grillin’ it should be Tim Ryan. Flashback to this disaster of a video clip, over which Ryan was deservedly mocked even by other Democrats:

Can you help us FLIP Ohio blue? 😎 pic.twitter.com/9dGssbSjud

Related: The Real Extremists Reveal Themselves

Kanye West said Thursday on FNC’s “Tucker Carlson Tonight” that he liked Donald Trump. West said, “It was wild that I didn’t know how close my … END_OF_DOCUMENT_TOKEN_TO_BE_REPLACED

Drag queen "Lil Miss Hot Mess" is accusing Republican Sen. Marco Rubio of "bigotry" after the lawmaker from Florida called out the radical left in a … END_OF_DOCUMENT_TOKEN_TO_BE_REPLACED

Google is celebrating the news that Velma, one of the main characters from the widely-beloved world … END_OF_DOCUMENT_TOKEN_TO_BE_REPLACED

While I didn’t think it possible, the Democrats have found one more way to degrade and demean … END_OF_DOCUMENT_TOKEN_TO_BE_REPLACED

Ah, Joe Biden. He’s a continuing font of gaffes. A lot of the time, he seems to have no idea what he … END_OF_DOCUMENT_TOKEN_TO_BE_REPLACED