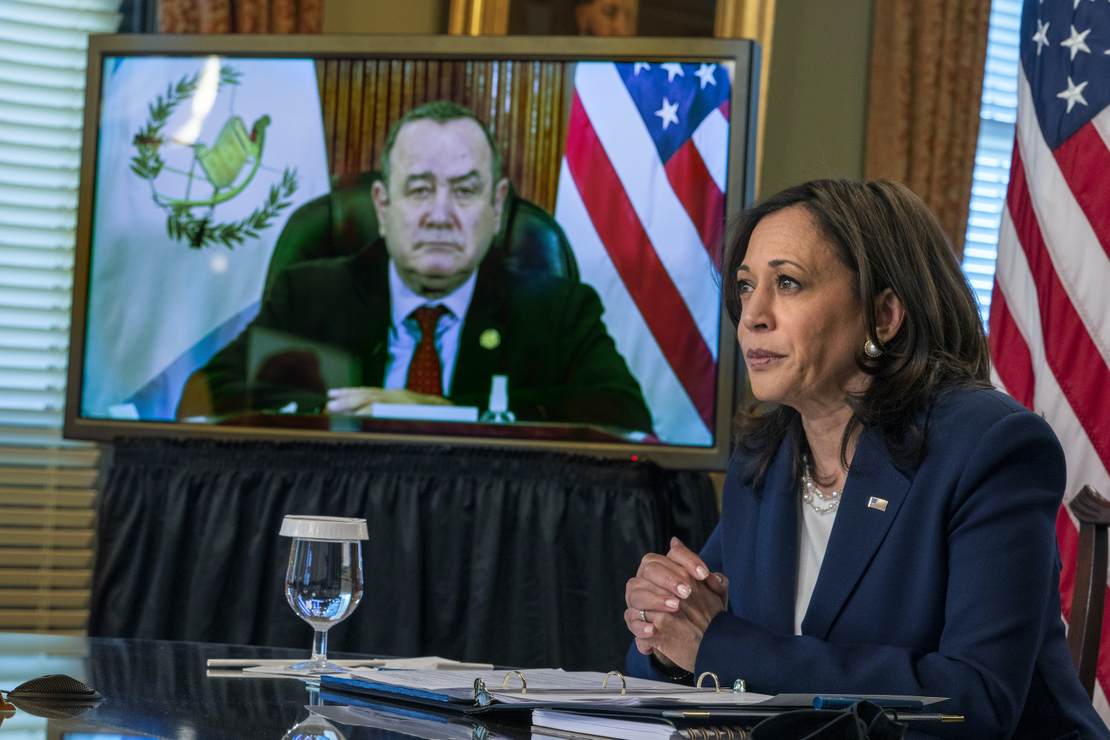 Kamala Harris made her trip to Guatemala and Mexico to talk about the “root causes” she claimed were causing the massive influx at the border, including things like climate change.

But, as we reported, she got brought up a little short when the Guatemalan president, Alejandro Giammattei, said that it was the change in policies from the Biden/Harris team that caused the influx.

Joe Biden is responsible for this border crisis.

But now Giammattei is adding more to those thoughts in an interview with Fox News contributor, Sara Carter. Carter explained that Giammattei “pushed back against the Biden administration..He said this border crisis is one of your own making. Don’t put the blame on us.”

“[Biden/Harris said] they will promote family reunification,” Giammattei said. In February, Biden signed an executive order establishing a Family Reunification Task Force to reunite unaccompanied minor children who entered illegally with their families in the United States. “So the coyotes came and took the children and the teenagers to the United States and the borders were full. Not only with people from Guatemala, but with a lot of people from all over. Which is why our proposal is that messages should be clear.” He said that the message that Harris sent in Guatemala when she said don’t come was clear. “But if you have a lukewarm message, it only creates the opportunity to misinterpret,” he warned.

Carter said Giammattei told Harris in a private meeting to stop sending mixed messages. She said he also offered her a solution that could help with the problem. He said they needed to have bilateral cooperation and stronger federal charges against the human smugglers.

Meanwhile the border has exploded, with border detentions going up for every month Biden has been in office with the May numbers at a record 180,034 detained after crossing, the highest monthly number in 21 years, and a 674% increase over last years numbers when things were contained under President Donald Trump. According to the Daily Mail, more than 16,200 children are still in custody in HHS facilities which is 50% higher than the levels in March.

Unfortunately, while Harris gets they need to put on a better appearance of doing something, and she’s failing even at that, they don’t appear to be making any changes to policy which would actually solve the problem. All they really have to do is go back to the Trump policies. But they’ve been so invested in the anti-Trump narrative, they wouldn’t do that. Harris supposedly went to Guatemala to listen to what they had to say. But if she was taking what the president said seriously, she’d be recommending changes to policy which are not forthcoming.

A man has been arrested on suspicion of assaulting Gov. Gavin Newsom during his visit to downtown Oakland, authorities said Friday. Newsom was walking … END_OF_DOCUMENT_TOKEN_TO_BE_REPLACED

The surge of people coming across the U.S.- Mexico border are not only migrants hoping to be granted refugee status. Hundreds are boarding planes … END_OF_DOCUMENT_TOKEN_TO_BE_REPLACED

Google is attempting to find a new way to measure people’s skin tones, to prevent its products from becoming “biased” against “people of color,” … END_OF_DOCUMENT_TOKEN_TO_BE_REPLACED

Fantasy Football punishments for coming in last have gotten creative in recent years, including … END_OF_DOCUMENT_TOKEN_TO_BE_REPLACED

What a novel concept! California is on its way to fully reopening, so its Employment Development … END_OF_DOCUMENT_TOKEN_TO_BE_REPLACED

A majority of voters do not agree with Rep. Ilhan Omar’s (D-MN) statement equating the Unites … END_OF_DOCUMENT_TOKEN_TO_BE_REPLACED

These days, Critical Race Theory is all the rage. I mean that in two ways — it’s a popular topic, … END_OF_DOCUMENT_TOKEN_TO_BE_REPLACED

Former Vice President Mike Pence was greeted Friday with boos and shouts of "traitor!" as he began … END_OF_DOCUMENT_TOKEN_TO_BE_REPLACED