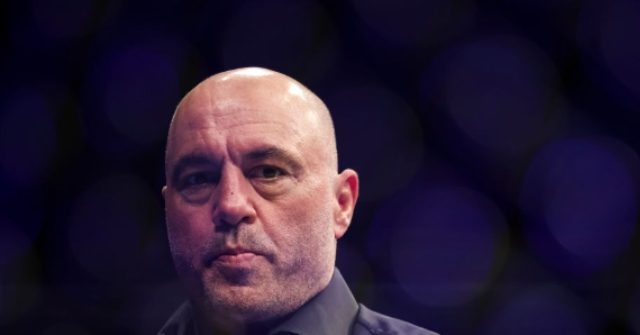 Popular podcaster Joe Rogan recently questioned the outrage over the 9-1/2-year prison term WNBA star Brittney Griner got in Russia. when there are thousands of Americans in jail for similar, pot-related offenses.

Rogan stressed that the only difference between Griner and thousands of Americans jailed in the U.S. for similar offenses is that she’s in Russia and can shoot a basketball

Rogan recapped how Griner got arrested but then got to the crux of his point.

Say what you want about Joe Rogan, but the man continually advocates for plant medicine. #BrittneyGriner pic.twitter.com/UaZ1IMjJ7P

Rogan has addressed the Griner prison sentence several times. On August 3, for instance, he called the 9-1/2-year sentence “horrific” and added that “no one should be in jail for weed.”

However, in a later podcast, he also said Griner “broke the rules” and that she can “deal with the consequences.”

Reaction to Rogan’s stance on those in prison in the U.S. for possession of pot was varied.

Some pointed out that there are very few people in jail in the U.S. just for possession:

This is a huge myth. Nobody is doing time for simple possession. They might have pled down and made it appear that way.

But others praised Rogan for his position:

We should reevaluate our current prison sentences and let people out if it’s just for marijuana. But Russia has Russian laws and I don’t think they’re going to bend those laws for us or for Brittney Griner. No way Putin wants to look soft to his own people.

The Senate on Sunday passed the $700 billion Inflation Reduction Act, a scaled-down version of the Build Back Better Act. The Senate voted to pass … END_OF_DOCUMENT_TOKEN_TO_BE_REPLACED

Randi Weingarten, president of the American Federation of Teachers, one of the most powerful labor unions in the country, accused Sen. Marco Rubio … END_OF_DOCUMENT_TOKEN_TO_BE_REPLACED

As Democrats from Capitol Hill to California have ignored — if not cheered on — the Biden Border Crisis™ from Day One, it’s been a “slightly” … END_OF_DOCUMENT_TOKEN_TO_BE_REPLACED

On this week’s broadcast of FNC’s “Fox News Sunday,” former ambassador to the United Nations … END_OF_DOCUMENT_TOKEN_TO_BE_REPLACED

Friday, a Texas jury returned a whopping judgment of $42.5 million in punitive damages against … END_OF_DOCUMENT_TOKEN_TO_BE_REPLACED