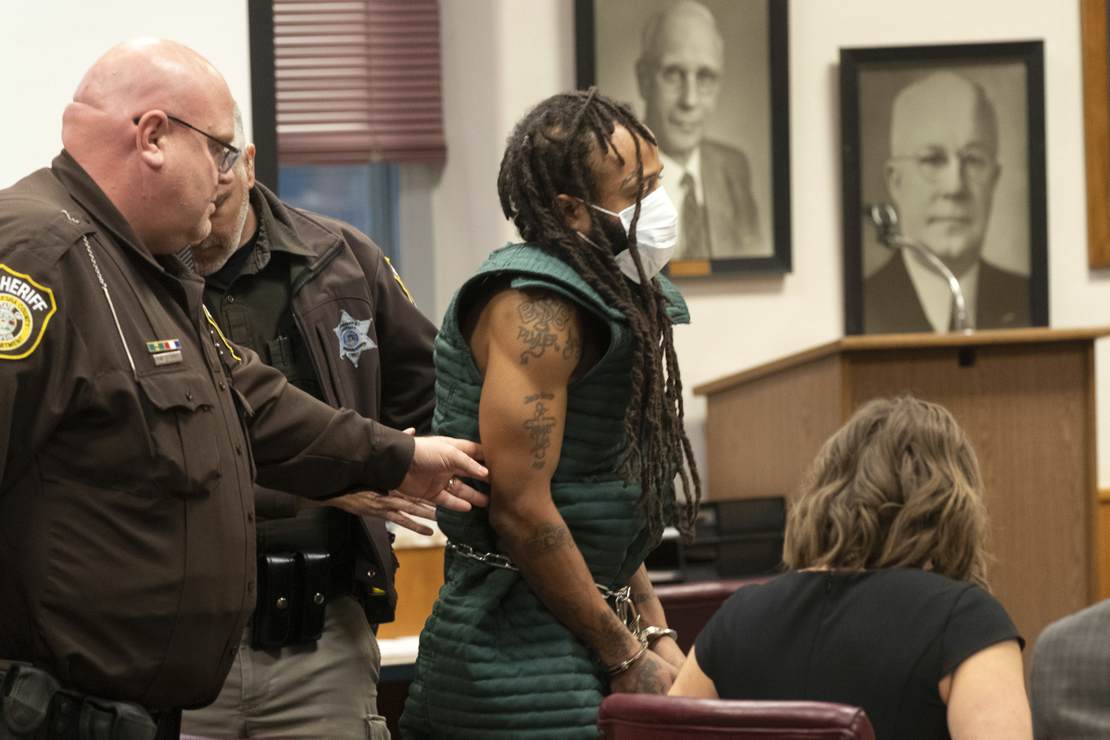 We’ve looked into some of the social media of the Waukesha Christmas parade massacre here and here.

Now, we’ll have to see how the facts unspool, as I always say in any case. What we do know at this point is that the attack was intentional, according to the police, and not only that but that the alleged attacker, Darrell Brooks, was trying to hit as many people as he possibly could and allegedly had previously, earlier in the month, run over the mother of one of his children.

But there’s more in his social media and it’s not a good picture. Liberal media would rather attack the journalists mentioning his posts rather than actually report on them, afraid of what they might mean. But that’s dishonest journalism, just like calling the attack an “accident” is dishonest. You don’t have to immediately jump to the motive, but you can and should be reporting on all the evidence.

As we noted, that evidence of his social media does show he was unhappy with the Rittenhouse verdict which came in two days before the Waukesha attack. It also shows that he had posts related to BLM, George Floyd and Malcolm X, as well as anti-police posts.

“LEARNED ND TAUGHT BEHAVIOR!!” he wrote on June 9 last year amid the violent upheaval over George Floyd’s murder by a Minnesota cop, according to a screenshot shared by the Daily Mail.

“So when we start bakk knokkin white people TF out ion wanna hear it…the old white ppl 2, KNOKK DEM TF OUT!! PERIOD,” he wrote under his rap name, MathBoi Fly, along with a middle-finger emoji.

All six of the fatalities were white including the latest, eight-year-old Jackson Sparks.

Brooks also posted a fake meme about Hitler which shows how warped his thinking was, but his comment indicated he thought it was real and endorsed it.

The Sun also notes the inflammatory nature of some of the lyrics of his songs.

Wannabe rapper Brooks had said “yeh we terrorists” and “killers in the city” according to his song Loudmouths.

The track – posted to Brooks’ Soundcloud page under the name MathBoi Fly – goes on “hope you right with god cos casket with you headed for.”

Brooks also wrote an anti-Donald Trump rap and declared “f*** the pigs”, it emerged on Monday.

One of his songs includes the lyrics: “They gonna need a cleaner for the s*** we did, all my killers Gacey where them bodies hid.”

So it’s clear that this was a very twisted individual.

But there were even more questionable activities in his background that make you wonder how did this person ever get out of jail? According to the Daily Mail, Brooks was convicted of threatening to bomb Nugget Casino in Sparks, Nevada and is still wanted after failing to appear in court in Nevada on another case. He pled guilty to conspiring to disturb the peace — a gross misdemeanor — and was banned from the Nugget for life. While we don’t know the exact circumstances behind the incident, again, it seems like that’s more than a misdemeanor offense and once again, this guy got off very lightly.

The justice system failed over and over again in his case.

A teenager has been arrested in India for decapitating his pregnant sister as their mother allegedly held the victim's legs, according to police, CNN … END_OF_DOCUMENT_TOKEN_TO_BE_REPLACED

The city of Baltimore on Tuesday announced vaccinated city employees and those who get the jab before January 14 will receive $1,000. The City … END_OF_DOCUMENT_TOKEN_TO_BE_REPLACED

Democratic New York City Mayor Bill de Blasio recently announced a vaccine mandate, and called on all governors and mayors to do the same in order to … END_OF_DOCUMENT_TOKEN_TO_BE_REPLACED

Kaleida Health in New York has fired approximately 100 unvaccinated employees who had avoided the vaccine mandate due to religious exemption. The … END_OF_DOCUMENT_TOKEN_TO_BE_REPLACED

The Astroworld Festival has been hit with a $10 billion lawsuit representing more than 1,500 … END_OF_DOCUMENT_TOKEN_TO_BE_REPLACED

A man with a lengthy rap sheet, who allegedly beat up two women on Thursday in random New York City … END_OF_DOCUMENT_TOKEN_TO_BE_REPLACED

A good Samaritan in Butler County, Ohio, jumped into action this week by chasing down and … END_OF_DOCUMENT_TOKEN_TO_BE_REPLACED