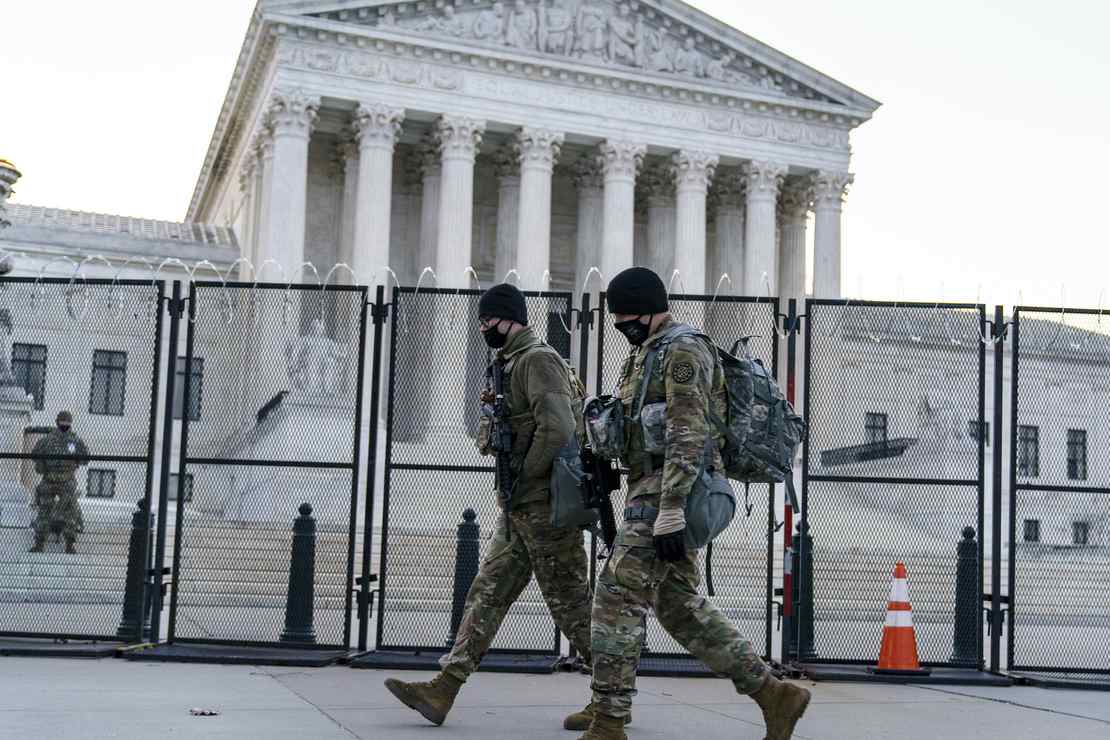 After the U.S. Attorney’s office announced they would not seek justice for the killing of Ashli Babbitt, who was shot to death by a police officer at the United States Capitol building during the Jan. 6 riot, the family of the victim is taking legal action against the Metropolitan Police Department (MPD). In a recent filing, attorneys representing the family are demanding the records of the officer who killed her.

A lawsuit, which was filed last week in the Superior Court of the District of Columbia, seeks the officer’s records, footage of the shooting, and documents and witness statements the Metropolitan Police Department (MPD) got during its investigation, CNBC reported on Tuesday.

A lawyer for the family told CNBC there is another lawsuit coming that plans to seek “an amount well above $10 million.”

In April, the U.S. attorney’s office in Washington, D.C. released a statement explaining it would not file charges against the officer responsible for the shooting.

“Specifically, the investigation revealed no evidence to establish that, at the time the officer fired a single shot at Ms. Babbitt, the officer did not reasonably believe that it was necessary to do so in self-defense or in defense of the Members of Congress and others evacuating the House Chamber. Acknowledging the tragic loss of life and offering condolences to Ms. Babbitt’s family, the U.S. Attorney’s Office and U.S. Department of Justice have therefore closed the investigation into this matter.”

Aaron Babbitt, Ashli’s husband, later filed a Freedom of Information Act (FOIA) request to obtain the records. However, the police department failed to respond to the request by the May 12 deadline. Attorney Terrell Roberts, who is representing the family, stated that the upcoming financial lawsuit “does not hinge on the current FOIA action against D.C.’s police department.”

In cases such as these, civil action is typically easier to levy against a police department when one of its officers abuses its authority. But in this case, one couldn’t be blamed for being skeptical. Court proceedings on the lawsuit haven’t yet started, so we don’t know what evidence will be presented, but given the political nature of this case, we can’t assume that Babbitt’s family will be compensated.

When news of Babbitt’s death hit the airwaves, there was little outcry from the public. Democrats and members of the activist media all but completely ignored the details of the shooting. It’s not hard to identify the reason for their silence: Ashli Babbitt was a white Trump supporter, therefore, the left become #BackTheBlue for a few days. In essence, they did exactly that of which they accuse conservatives. They based their opinion on an unarmed shooting on the race and political affiliation of the victim.

Babbitt’s actions at the Capitol building were wrong. However, her participation in the riot did not justify her shooting as she was clearly not a threat, which is a detail that the other officers obviously knew, because they did not open fire. Moreover, other officers were at the scene who could have subdued her and the other agitators in the building. Instead of acknowledging this, the left chose to smear Babbitt instead. (See: Activist Media Smears Ashli Babbitt After She Was Killed By Capitol Police)

Apparently, the left doesn’t care as much about police brutality as much as they claim. It’s almost as if they only pretend they care about the issue because they can use it to push a political agenda, isn’t it?

A man has been arrested on suspicion of assaulting Gov. Gavin Newsom during his visit to downtown Oakland, authorities said Friday. Newsom was walking … END_OF_DOCUMENT_TOKEN_TO_BE_REPLACED

The surge of people coming across the U.S.- Mexico border are not only migrants hoping to be granted refugee status. Hundreds are boarding planes … END_OF_DOCUMENT_TOKEN_TO_BE_REPLACED

Google is attempting to find a new way to measure people’s skin tones, to prevent its products from becoming “biased” against “people of color,” … END_OF_DOCUMENT_TOKEN_TO_BE_REPLACED

Fantasy Football punishments for coming in last have gotten creative in recent years, including … END_OF_DOCUMENT_TOKEN_TO_BE_REPLACED

What a novel concept! California is on its way to fully reopening, so its Employment Development … END_OF_DOCUMENT_TOKEN_TO_BE_REPLACED

A majority of voters do not agree with Rep. Ilhan Omar’s (D-MN) statement equating the Unites … END_OF_DOCUMENT_TOKEN_TO_BE_REPLACED

These days, Critical Race Theory is all the rage. I mean that in two ways — it’s a popular topic, … END_OF_DOCUMENT_TOKEN_TO_BE_REPLACED

Former Vice President Mike Pence was greeted Friday with boos and shouts of "traitor!" as he began … END_OF_DOCUMENT_TOKEN_TO_BE_REPLACED