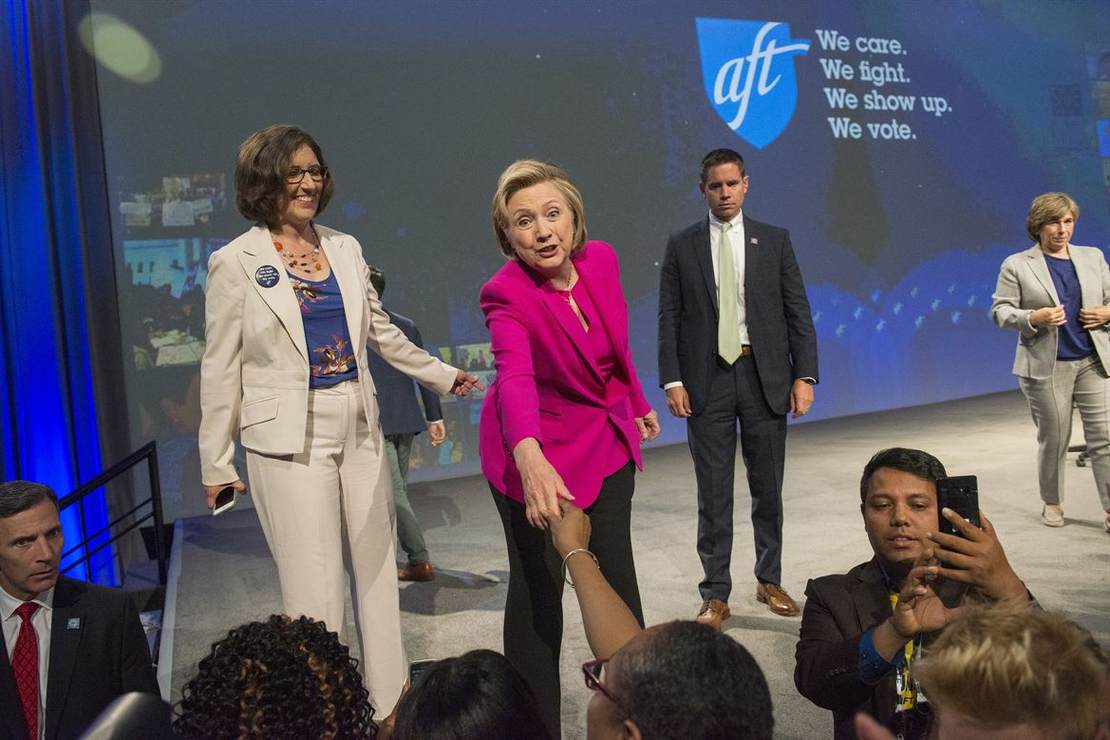 The No. 1 priority of teachers’ union leaders is to protect their political power and revenue stream, which they do by siphoning off taxpayer dollars from public school teacher paychecks, and then using the money to line their own pockets and contribute generously to politicians at all levels who will expand government bureaucracies, hire more government employees and increase the paychecks that feed the teachers’ unions.

Unfortunately, programs that grow government typically lean left, which is why we see teachers’ union leadership advocating all manner of liberal agenda items that have nothing to do with educating our nation’s children, such as the Green New Deal scam and hiring 75,000 more IRS agents.

Now we’re seeing the disastrous results of the collective blind trust we had for America’s education system as we sent generations of kids off to government schools to be taught someone else’s values.

The decades-long monopoly the National Education Association (NEA) and the AFT have had over our education system has delivered the lowest math and reading scores in 30 years, but they still want total control over what kids are learning in the classroom.

And as more parents wake up to the propaganda their kids have been force-fed behind their backs and are calling for increased parental control, the teachers’ unions are digging in their heels with an appalling and entirely undeserved arrogance.

The weekend after the midterm elections, the NEA tweeted, “Educators love their students and know better than anyone what they need to learn and to thrive.”

Educators love their students and know better than anyone what they need to learn and to thrive.

While most individual teachers do care very much about their students, their union views school children as pawns they can use for their political advantage.

Regardless, considering the union was recently caught providing sexually explicit material to K-12 students in Ohio without their parents’ knowledge, tweeting about their “love” for their students and knowing what’s best for them is just downright creepy.

But beyond the creeper red flags is the open hostility teachers’ union leaders have toward parents and family involvement in how children are molded and trained in the classroom.

And the worrisome takeaway from the midterm elections is that perhaps they haven’t received the reprimand from parents they deserved.

If teachers’ union leaders are emboldened because many of the candidates they stumped for won re-election, then prepare for another onslaught of attacks against parents at school board meetings and an even more determined campaign to turn America’s school children into an army of activists, regardless of whether they can read, write or complete basic math problems.

It should be noted that Randi Weingarten succeeded Albert Shanker as AFT president, and it’s clear she follows his line of reasoning regarding the interests of school children.

Welcome to the RedState Weekly Briefing  — where we take a quick look at the week’s most viewed stories in case you missed any of them. Grab a cup of … END_OF_DOCUMENT_TOKEN_TO_BE_REPLACED

Florida Gov. Ron DeSantis, a popular figure on the political right who is widely viewed as someone … END_OF_DOCUMENT_TOKEN_TO_BE_REPLACED

CARACAS, Venezuela — A committee of the U.S. Department of Justice released a statement on Wednesday … END_OF_DOCUMENT_TOKEN_TO_BE_REPLACED