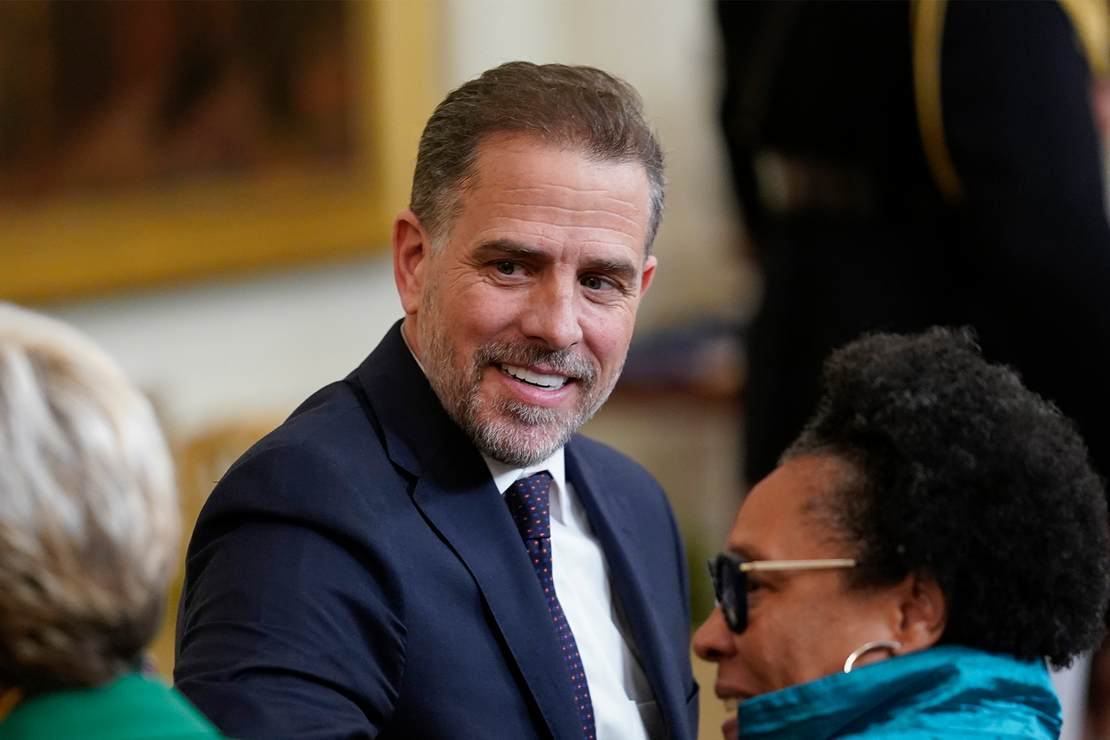 Now that Republicans have taken back the House of Representatives, Democrats and their comrades in the activist media are once again trying to obfuscate the Hunter Biden scandal.

House Minority Leader Kevin McCarthy (R-CA) on Thursday held a press conference with Rep. James Comer (R-KY), in which they announced they were beginning the investigation into President Joe Biden’s son and his business dealings overseas. This has obviously rankled Democrats, who have been trying to run away from this story for over two years.

Now, the press is working to protect the president’s son, after having admitted they were lying when they pretended his laptop was nothing more than Russian disinformation. The Associated Press published a report on Saturday claiming that Republicans have not provided evidence showing that President Joe Biden never discussed Hunter’s business dealings.

“Joe Biden has said he’s never spoken to his son about his foreign business, and nothing the Republicans have put forth suggests otherwise,” the author wrote.

Not surprisingly, this claim is false.

Rep. Jim Jordan (R-OH), who heads the House Judiciary Committee, said in 2020 that Tony Bobulinski, a former business partner of Hunter’s, met with the president twice to discuss a business deal with CEFC China Energy Company. “I directly dealt with the Biden family, including Joe Biden,” he explained.

In one of the emails found on Hunter’s laptop, he detailed the percentage distribution of equity in a company created to engage in a joint business endeavor with the Chinese energy company. It included “10 held by H for the big guy,” according to the New York Post.

But even further, Joe Biden left a voice mail for his son regarding a New York Times story detailing the deal with CEFC. The president told his son, “I think you’re clear” in referencing the business. This contradicted Joe Biden’s previous statements that he had never spoken with his son about the family’s business.

“Hey pal, it’s Dad. It’s 8:15 on Wednesday night. If you get a chance just give me a call. Nothing urgent. I just wanted to talk to you,” Joe Biden said in the voicemail.

“I thought the article released online, it’s going to be printed tomorrow in the Times, was good. I think you’re clear. And anyway if you get a chance give me a call, I love you,” he added.

Nevertheless, the activist media insists there is no “there” there.

Politico on Thursday published a piece in which the authors claimed that “no evidence has publicly emerged that [Joe Biden’s] decisions were affected by his son’s business.”

So first, the laptop story was “Russian disinformation.” Then it was real, but not a big deal. Now, it’s “okay, it’s kind of a big deal, but Biden had nothing to do with it.”

But the evidence Republicans claim they possess might show more than has already been revealed. Indeed, McCarthy and Comer seem pretty confident that they have a smoking gun. If their belief is based on reality, they might just have enough to bring about a serious impeachment attempt against President Biden. Either way, it is clear the Democrats and the activist media should be afraid.

Florida Gov. Ron DeSantis, a popular figure on the political right who is widely viewed as someone who could potentially run for president, has a new … END_OF_DOCUMENT_TOKEN_TO_BE_REPLACED

For this Feel-Good Friday, I focus on the United Nations initiative for the International Day of … END_OF_DOCUMENT_TOKEN_TO_BE_REPLACED

Rep. Ro Khanna (R-CA) was the only Democrat lawmaker who expressed concerns with Twitter over the … END_OF_DOCUMENT_TOKEN_TO_BE_REPLACED