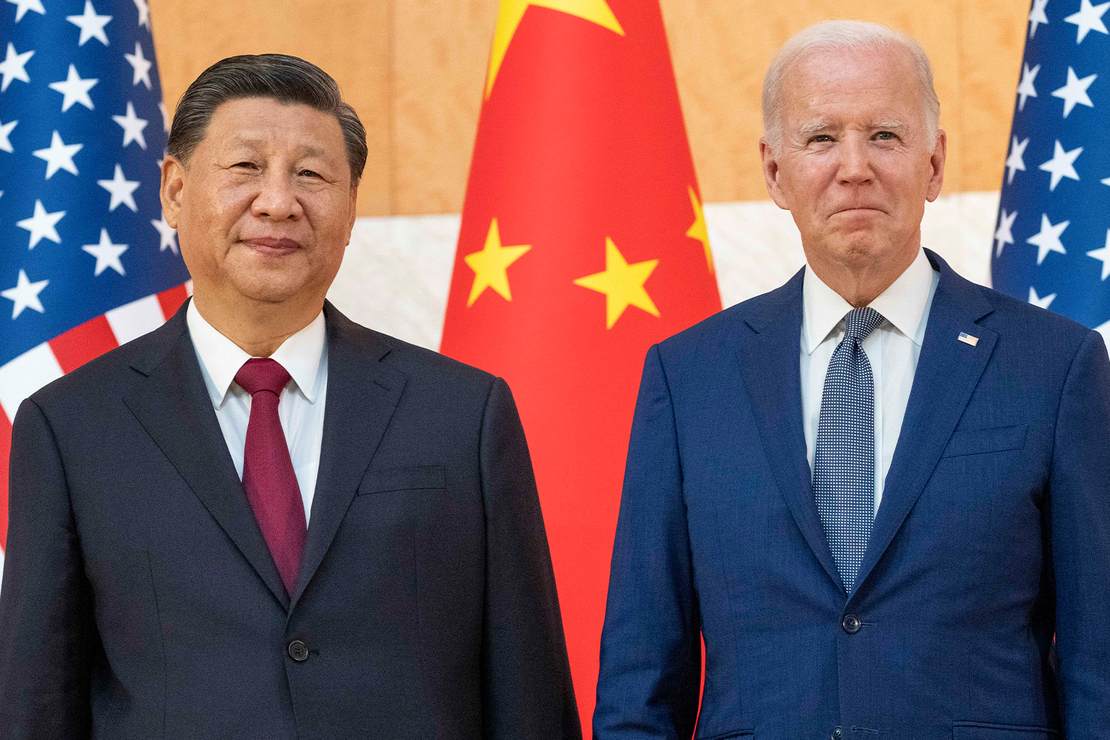 Joe Biden has been on an embarrassing tour overseas. First, he went to COP 27 in Egypt and apologized for the U.S. pulling out of the Paris Agreement under President Donald Trump — a good move — that Biden has now rejected. He was howled at by protesters and then lost another fight with his teleprompter during his speech. Then Biden went on to Cambodia, delivered remarks sounding about 100 years old, and mistakenly called the prime minister of Cambodia the “prime minister for Colombia,” the second time he’s made that same mistake.

BREAKING: Joe Biden and Xi Jinping meet ahead of the G-20 summit in Bali, the first in-person talks between the leaders of the US and China since before the Covid-19 pandemic https://t.co/iHKU2XijYT pic.twitter.com/WcIc08rqSF

Here’s the White House readout of what Biden allegedly said to Xi. Notice it says nothing at all about COVID.

White House readout of Biden meeting w/ Xi says Biden “raised concerns about PRC practices in Xinjiang, Tibet, & Hong Kong, & human rights”, & “on Taiwan, he laid out in detail that our one China policy has not changed.” No mention of Biden pressing Xi on the origins of COVID-19. pic.twitter.com/9tFQaIMSS1

Here’s some video where Biden has to read from notes just to make some basic perfunctory remarks about things like “climate changes.” Yes, he did make it plural. He made it seem like there were no real issues and didn’t show any strength in the remarks.

Hear what Biden and Xi said to each other in first meeting as heads of state. https://t.co/731iGGOvSx pic.twitter.com/weHKmzWEdd

Xi responded that the relationship was facing challenges. That would have been more appropriate for Biden to say to China since China has been in the wrong here. But it wasn’t Biden who appeared to be pressing the issues.

Biden then made remarks about the U.S. elections. He acted as if the Democrats had won.

Biden opens his remarks after a day meeting with Chinese dictator Xi Jinping by saying Democrats winning proved “the strength and resilience of the American democracy” & that “there was a strong rejection of” Republicans, who believe in “political violence & voter intimidation” pic.twitter.com/xiKunEoX9t

He then claimed that China wasn’t an enemy or an adversary, but just another competitor, not holding them to account for what they’ve done.

Biden reiterates that China isn’t an adversary or an enemy but merely someone the U.S. will “responsibly” “compete” against “vigorously” while making sure both countries are “abid[ing] by the international rules of the road.” pic.twitter.com/RGlNShKEo3

Biden then was going to take questions from reporters about the meeting. But he had problems from the outset, having trouble reading the notes he’d been given.

He said he’d been told there were four questions and he made it clear he didn’t intend to take any more questions.

BIDEN: “I’m happy to take questions and I’m told there will be four questioners” pic.twitter.com/xvb9rZerq6

Biden said he didn’t think there was an imminent threat to Taiwan from China.

WSJ’s @KThomasDC to Biden: “[D]o you believe a new cold war with China can be avoided? And specifically on…Taiwan, you spoke about tensions. Do you believe China is preparing, intending to invade Taiwan…and what warnings did you issue…if…Xi were to take such action? pic.twitter.com/oKEJVDV1nJ

Vladimir Putin sized up Biden after his failed withdrawal from Afghanistan and lifting sanctions on Nord Stream 2 and found him wanting, so Putin invaded Ukraine. Let’s hope that Xi isn’t seeing that same weakness and is evaluating differently.

Biden did end up taking a fifth question from NBC’s Peter Alexander but then he said he shouldn’t even do that like he was violating the dictates of his masters.

Biden did that think again where he acts like he’s going to get in trouble (with someone) if he doesn’t stop taking questions: “I’m not going to get into more questions.”

He then told NBC’s Peter Alexander, “I shouldn’t have even answered your question.” pic.twitter.com/g9zenBvpZA

This exchange should have been different and Biden should have been showing more strength. Unfortunately, yet again, he is constantly projecting weakness. If you’re not going to stand up on behalf of the millions who suffered from COVID, then you have no business pretending like you’re the leader of this nation.

Florida woman Amanda Ramirez is suing Kraft Heinz Foods Company after her cup of microwavable macaroni and cheese took longer than 3.5 minutes to be … END_OF_DOCUMENT_TOKEN_TO_BE_REPLACED

China has been locking its citizens down for over two years under its zero-COVID policy, and it's becoming more and more clear that this isn’t just … END_OF_DOCUMENT_TOKEN_TO_BE_REPLACED

Famed comedian Jay Leno has struck again, but this time, no one's laughing. At least not heartily.As he has regularly for the last three decades or … END_OF_DOCUMENT_TOKEN_TO_BE_REPLACED

A recent report by CriticalRace.org found that 58 of the top 100 medical schools in the United … END_OF_DOCUMENT_TOKEN_TO_BE_REPLACED

Shelby County is a speck of blue in ruby-red Tennessee; one of just four counties to vote for … END_OF_DOCUMENT_TOKEN_TO_BE_REPLACED

Who knew that the free press was so anti-free speech? I mean, I guess we all did to some extent, but … END_OF_DOCUMENT_TOKEN_TO_BE_REPLACED