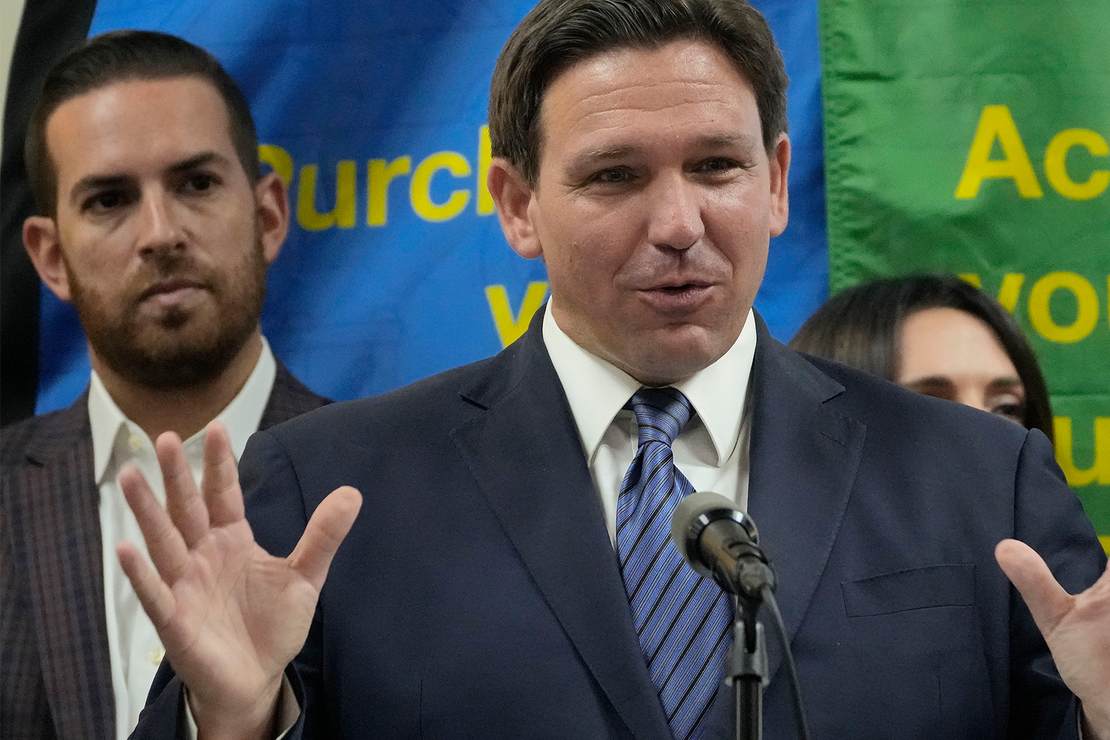 As RedState reported on Monday evening, Ron DeSantis is now the target of a criminal investigation in Bexar County, Texas. According to the local sheriff, who is a Democrat, he is looking into whether the illegal aliens who were flown to Martha’s Vineyard were “lured” under false pretenses.

The absurdity of the move can’t be understated. I’m not sure there are even any local laws that would cover “luring” people who ultimately signed a release and voluntarily got on an airplane. Even then, it appears that everything was transparent, with brochures and maps being provided so the illegal aliens knew where they were going. Further, in interviews, none of them expressed animosity towards DeSantis, with some thanking him for the ride.

Heck, this sheriff doesn’t even know what crimes he’s trying to investigate.

From the bexar county local.

The Democrat-led “investigation” has no idea “what specific crimes were committed.” https://t.co/8s0ZZtGmKc pic.twitter.com/7B2cxx7xGa

How can there be a criminal investigation when the sheriff has no evidence crimes were committed? I ask that rhetorically given that we currently live in the year of our Lord 2022 where lawfare and witch hunts are standard fare. One look at how the DOJ and FBI operate is proof enough of that.

DeSantis didn’t take things lying down, though. His team shot back at the Bexar County Sheriff, noting that in June, 53 illegal aliens died in the back of an abandoned box truck on his watch. It was one of the more horrific incidents stemming from the current border crisis.

NEW: The Bexar County, TX Sheriff’s Office has opened an investigation into Florida’s flight of migrants from TX to Martha’s Vineyard, claiming they were “lured”.

Gov. DeSantis’ office is firing back, referencing the 53 migrants who died in a trailer in Bexar County in June. 👇🏻 pic.twitter.com/iJJBOjZxyD

It’s fun to watch a guy who is always one step ahead of his opponents. DeSantis doesn’t just own the libs. He owns the libs, predicts exactly how they’ll react, prepares for it, and then promptly owns them again. It’s an evolution of what Donald Trump started, and a necessary one given that the left is only getting more organized and vicious in pushing their ideology and policies.

This sheriff has enough problems in his county. With drug cartels running wild and real human trafficking happening every day, the last thing he needs to be spending time on is going after the Governor of Florida for giving free rides to illegal aliens who wanted them. The federal government is dumping these people in the streets. They are living under overpasses in shanty towns. Objectively, what DeSantis did was a humanitarian good.

It comes down to this. As long as Biden refuses to secure the border for political reasons, the load must be shared by non-border states, specifically blue states in the North that proclaim themselves sanctuary jurisdictions. Texas does not have unlimited resources, and the Biden administration is non-cooperative in helping to stem the flow. Border towns should not be expected to take care of millions of illegal aliens while virtue-signaling places like Chicago and DC say one thing for the cameras and do another.

Lastly, and perhaps most importantly, does this sheriff even have jurisdiction? It would seem that transportation of people between states would be an interstate issue and something that is governed by federal law. I guess we’ll find out.

Professional fishermen are in hot water following accusations of cheating in a recent fishing tournament in Ohio.Competitors at the Lake Erie Walleye … END_OF_DOCUMENT_TOKEN_TO_BE_REPLACED

New York plans to prohibit the sale of all new gas-powered cars and trucks by 2035. New York Gov. Kathy Hochul is following California's lead to … END_OF_DOCUMENT_TOKEN_TO_BE_REPLACED

Week 31 of Putin’s War, that projected 3-day romp through Ukraine is not starting off well. Just one … END_OF_DOCUMENT_TOKEN_TO_BE_REPLACED

Florida is beginning its recovery after being slammed by Hurricane Ian, and Gov. Ron DeSantis has a … END_OF_DOCUMENT_TOKEN_TO_BE_REPLACED

A New York man claimed that he was paid $21,000 for trading in 3D-printed guns at a government … END_OF_DOCUMENT_TOKEN_TO_BE_REPLACED