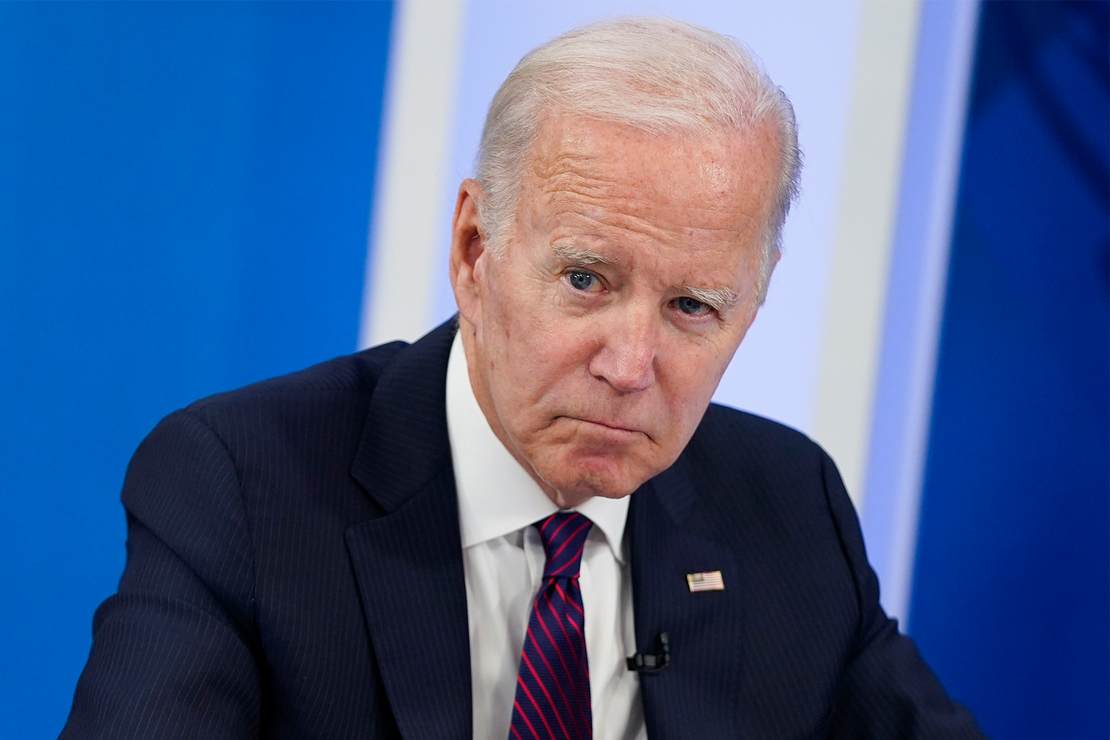 Joe Biden has undoubtedly told so many lies throughout his “storied,” nearly-50-year political career that he could legitimately plead ignorance about most of the lies he’s told and speeches he’s plagiarized.

Moreover, being the stubborn liar Biden is — refusing to admit his most blatant of lies by either claiming he never said what he, in fact, said, or attempting to justify what he meant — it came as quite a shock on Friday when ol’ Joe stepped up to the plate and admitted he lied during the 2020 presidential campaign.

While the subject of the lie itself wasn’t earth-shattering, Biden simply admitting he lied was.

The president came clean during a visit to the White House by South African President Cyril Ramaphosa, as reported by The New York Post, admitting, “I wasn’t arrested” trying to visit Nelson Mandela, despite claiming at least three times in 2020 that he was arrested.

Biden told Ramaphosa he was instead “stopped” while trying to visit Mandela in prison — but was he? That claim has also faced withering fact-checks and contradiction, even from Biden supporters. And there you have it. Even when Biden admits he lied, he replaces the first lie with a second lie. Dude’s definitely a professional.

One of the great moments of my career was when — the first time Nelson Mandela came to the United States. [1990] And we were in — I was a senator at the time, and we met in the Senate Foreign Relations executive committee room. We all stood there and said hello to him and the like and afterward, he asked if he could come by my office and he came by to say thank you because he heard I had been stopped trying to get to visit him, to see him in prison.

And, Joe? Then what happened?

I said once [wrong] — I said I got arrested. I wasn’t arrested, I got stopped, prevented from moving. But he was extremely gracious.

Biden’s admittedly false claim was skewered by The New York Times in February 2020 — he told the lie about his fictional arrest that month three times in two weeks.

“This day, 30 years ago, Nelson Mandela walked out of prison and entered into discussions about apartheid,” Biden said at a South Carolina campaign event, The Times reported. “I had the great honor of meeting him. I had the great honor of being arrested with our U.N. ambassador on the streets of Soweto trying to get to see him on Robbens Island.”

Biden also claimed Mandela personally thanked him for being arrested. “After he [Mandela] got free and became president, he came to Washington and came to my office. He threw his arms around me and said, ‘I want to say thank you.’ I said, ‘What are you thanking me for, Mr. President?’ He said: ‘You tried to see me. You got arrested trying to see me.’”

Biden’s claim was fact-checked by The Washington Post, as well, which gave him four Pinocchios for his “ridiculous” story.

As I suggested at the top, Biden lying about whether he was arrested in Apartheid South Africa or simply “stopped” isn’t a big deal — other than as just one more example of his serial-lying prowess. But lying about never meeting his grifter son’s Chinese business partners, lying about his involvement in the FBI raid on Donald Trump’s personal residence at Mar-a-Lago, and other substantive lies are very much big deals.

Combining Biden’s serial lying with his declining stamina and mental acuity is beyond proof that Joey from Scranton is not only unqualified for the presidency — he is a clear and present danger to America.

As we reported earlier, Joe Biden made a stunning comment during a meeting about hunger when he looked around the room for Rep. Jackie Walorski … END_OF_DOCUMENT_TOKEN_TO_BE_REPLACED

Rachel Vindman, who on Tuesday posted a tweet jokingly suggesting that people should refer to Hurricane Ian using "they/them pronouns" in a bid to … END_OF_DOCUMENT_TOKEN_TO_BE_REPLACED

As the Halloween season approaches, pumpkin prices are expected to increase due to inflation, drought, and higher production costs. The average price … END_OF_DOCUMENT_TOKEN_TO_BE_REPLACED

The ex-husband of a deceased woman was caught on video urinating on her grave, the woman's family … END_OF_DOCUMENT_TOKEN_TO_BE_REPLACED

In the past 17 years, Denver has launched six plans and invested millions of dollars into addressing … END_OF_DOCUMENT_TOKEN_TO_BE_REPLACED

I’ve noted before that I tend to be fairly pro-police. After all, I was raised by a police officer … END_OF_DOCUMENT_TOKEN_TO_BE_REPLACED

A manhunt is underway to apprehend 42-year-old Porfirio Duarte-Herrera, an illegal alien from … END_OF_DOCUMENT_TOKEN_TO_BE_REPLACED