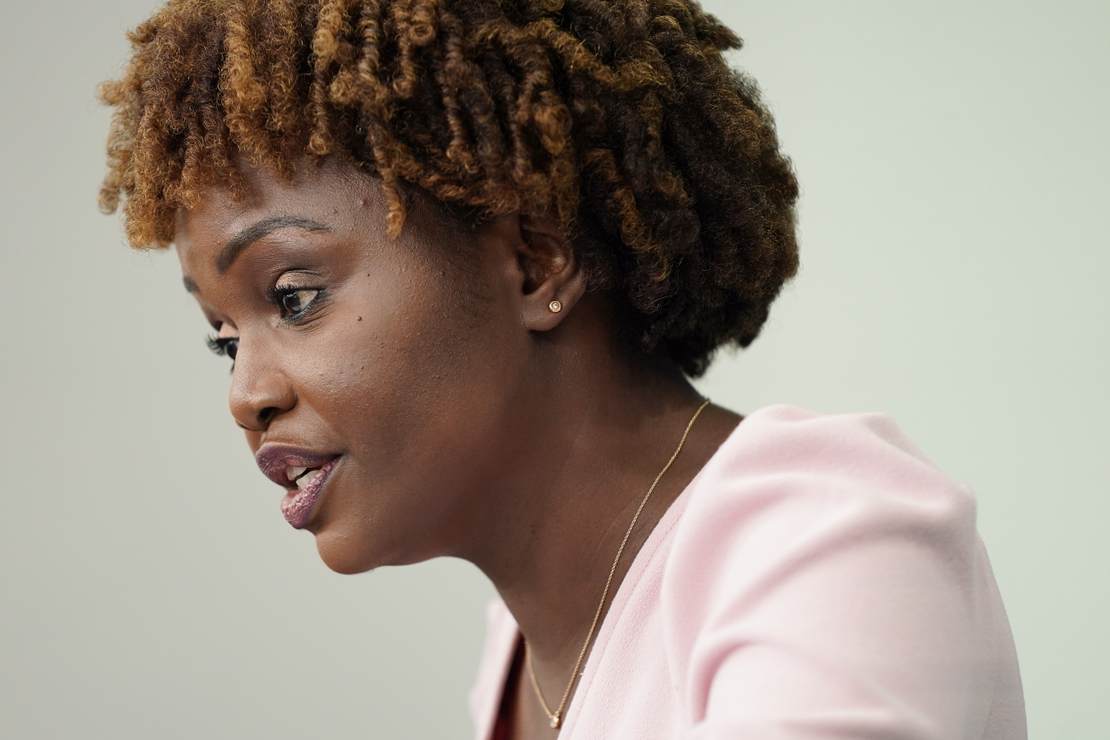 It’s been a tough day for White House Press Secretary Karine Jean-Pierre. She had a trifecta of horrible responses today on three different issues.

First, there was her pathetic response to the Chinese threat to shoot down House Speaker Nancy Pelosi’s plane if she went to Taiwan with a fighter escort. Jean-Pierre didn’t even condemn it; she just refused to comment on Pelosi’s “schedule”–which was an incredibly weak response in the face of such a threat.

Then there was also the ridiculous response KJP made to the news about the decision the Biden team made to complete parts of the Trump border wall in the Yuma area. This was a complete about-face from Joe Biden’s pledge not to build one more foot of Donald Trump’s wall, not to mention KJP’s anti-wall comments. But now, they were trying to justify it. Jean-Pierre even attacked Trump, claiming they were cleaning up the “mess” Trump left. No, the Biden team were the ones who made the mess by stopping the building of the wall, regardless of how much that hurt the American people. Now, they’re backtracking like the hypocrites they are.

But that wasn’t all. She must have wanted to complete the trifecta of horrible responses because she had one more left in her on Friday.

Texas and Arizona bused illegal aliens to Washington, D.C., to let the D.C. establishment know their systems were being overwhelmed and the federal government needed to do something to stop the flood at the border. It worked, because D.C. Mayor Muriel Bowser then demanded that Joe Biden provide the National Guard to help the city “indefinitely” with the 4,000 people that Bowser said were a “humanitarian crisis” they had to deal with. If 4,000 in a few months is a humanitarian crisis, what are the hundreds of thousands flooding into the Texas and Arizona cities? Arizona had to deal with more than 40,000 in June alone. Jean-Pierre was asked about the problem on Thursday and said that the illegal aliens were being sent as a “political ploy.”

A reporter followed up on the issue on Friday with a great question for Jean-Pierre. “What’s the difference between Texas busing migrants to D.C., and the federal government flying migrants to, say New York, in the middle of the night?” the reporter asked. That’s exactly what the Biden team has been doing.

REPORTER: “What’s the difference between Texas busing migrants to DC, and the federal government flying migrants to, say New York, in the middle of the night?”

KJP’s reply was just silly, “It’s very different because we’re not doing it — using migrants as a political pawn.” Talk about a hypocritical response.

No, the Republicans are doing it to make the point that Biden is hurting the country with his policies, and you Democrats don’t care until the problem drops in your backyard. They proved that very effectively with this. But the illegal aliens are all only here because of the Democrats’ craven “political ploy” to leave the doors to the country open, so people can flood in. But how can Biden, KJP, or Bowser object? They wanted this–and isn’t D.C. still a sanctuary city? So, according to their ethos, this should be a great thing. How can they be upset?

But notice a couple of things. KJP didn’t deny flying the illegal aliens into New York in the middle of the night. Moreover, Bowser still hasn’t gotten any real help from Biden, and I don’t think they got the National Guard yet. If Biden provided it, he might then face the question of why he thinks that’s a humanitarian crisis in D.C. but not one in the cities that have had to put up with this under him for two years.

Looks like the tactic is working — it’s got their attention. May I suggest to Texas and Arizona to broaden your scope, with buses to Martha’s Vineyard and Rehoboth Beach, Maryland? Those seem like two nice beach areas for the illegal aliens to hang out in for the rest of the summer. 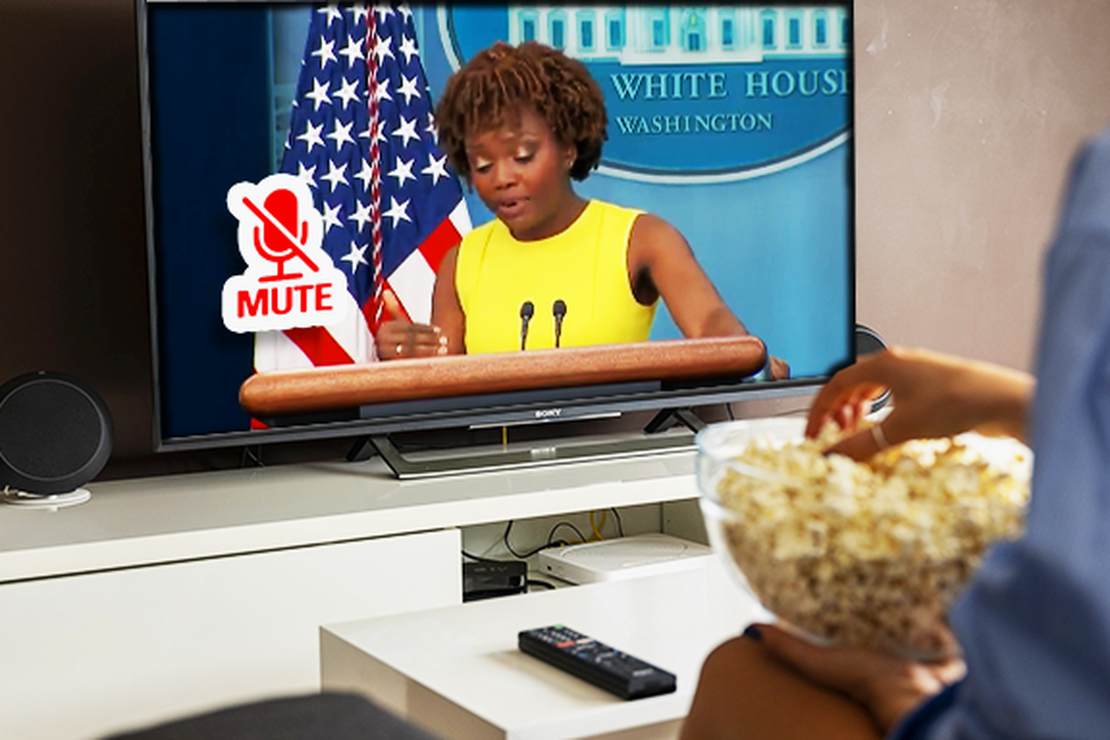 According to prior reporting at RedState, the Biden administration is moving to complete sections of the border wall that were left unfinished in Arizona. Upon taking office, the current president gave an order to cease all construction started during Donald Trump’s term, a decision that has proven disastrous as the Yuma sector has become one of the most illegally entered and deadly in the country.

Now, with the sudden reversal, the White House has been left scrambling to explain why it’s all of a sudden the right time to build the border wall. To be frank, they have no good answer, which was illustrated during today’s press briefing. Karine Jean-Pierre continued her tenure as the worst press secretary in history with this banger.

Doocy: “Why is the Biden Administration building a border wall in Arizona?”

Jean-Pierre: “We are not finishing the wall, we are cleaning up the mess the prior administration left behind in their failed attempt to build a wall.” pic.twitter.com/XJThbjfJFn

Imagine giving that nonsensical response with a straight face, yet somehow, Jean-Pierre manages. They are “cleaning up the mess” the prior administration left behind? What an absolutely insane contention. Trump did everything he could to get the wall built and built quickly. That it wasn’t completed under his tenure was due to time constraints and obstruction from Congress. Even then, Biden could have come into the White House and continued construction. He chose not to, and the absolute disaster at the border is completely on his head.

Jean-Pierre then asserted that they are building the border wall to “save lives.”

Karine Jean-Pierre says Biden is filling in major gaps in the border wall (i.e., building the wall) because he is “trying to save lives.” pic.twitter.com/q9KFOzluJf

This is one of those moments where you can only place your palm gently over your face, wondering if the respondent truly grasps how absolutely ridiculous and hypocritical they sound. For years, conservatives (including myself) have been making the case that an open border is a humanitarian crisis and a deadly one at that. Democrats have steadfastly ignored that reality, acting as if open borders are compassionate, never having to take stock of the lives lost due to their policies. To see the White House try to spin the “save lives” line after deriding anyone who previously made that argument is astounding but not at all unexpected.

Then there’s the problem of Karine Jean-Pierre’s past statements. Being the radical that she is, she spent most of the Trump administration asserting that any type of border wall is “racist.” That’s led to some rather inconvenient side-by-sides.

It’s all fun and games when you are grifting for MSNBC viewers, but Jean-Pierre is learning quickly that actually governing is a different story. Still, I don’t expect the Biden administration to actually do what it takes to fix the border. They’ll just put a few bandaids on, claim they did something, and keep illegal immigration flowing. In the meantime, Jean-Pierre will continue to demonstrate how abjectly unqualified she is for her job.

There were some rumors that Dallas Cowboys running back Tony Pollard would see more snaps, which could mean star running back Ezekiel Elliot … END_OF_DOCUMENT_TOKEN_TO_BE_REPLACED

On this week’s broadcast of FNC’s “Fox News Sunday,” former ambassador to the United Nations Nikki Haley, discussed what could happen in the 2024 … END_OF_DOCUMENT_TOKEN_TO_BE_REPLACED

Friday, a Texas jury returned a whopping judgment of $42.5 million in punitive damages against … END_OF_DOCUMENT_TOKEN_TO_BE_REPLACED

If Rep. Liz Cheney were trying to prove she’s the worst GOP politician in decades, what would she be … END_OF_DOCUMENT_TOKEN_TO_BE_REPLACED