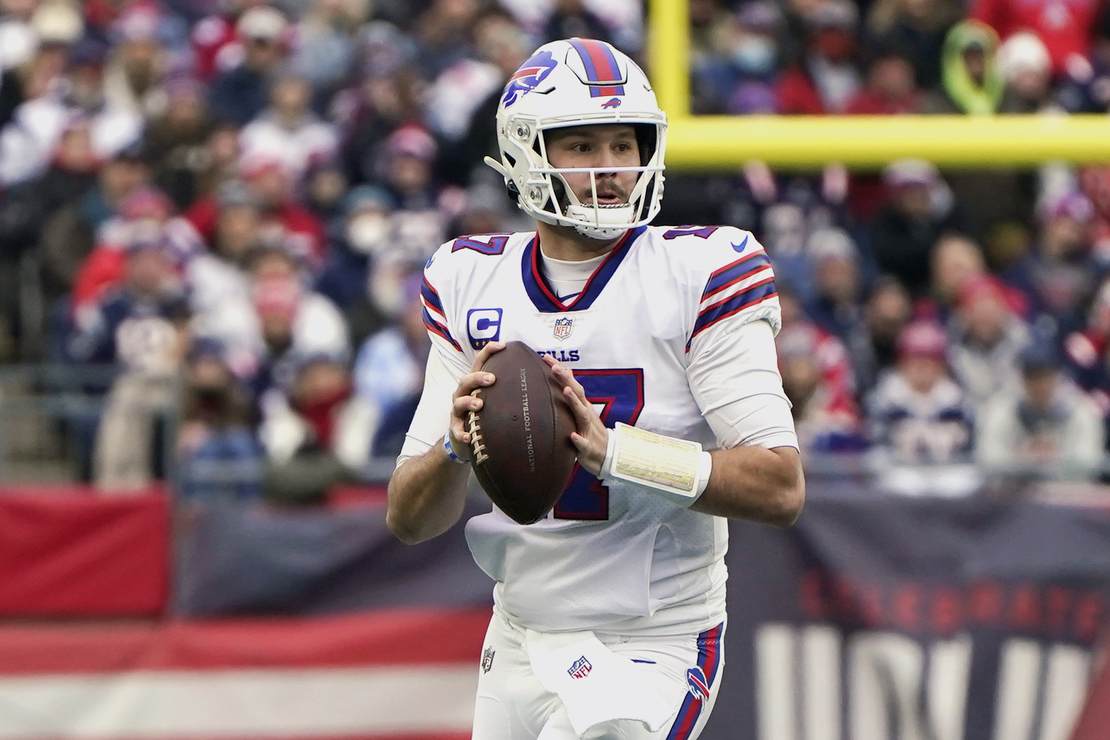 In Week 1, the Bills defeat the defending champion Los Angeles Rams 31-10. They looked to continue that momentum in Week 2 as they hosted the Titans. The Bills and Titans were tied 7-7 after the first quarter, and then the Bills completely took over the game. It got out of hand quickly, and quarterback Josh Allen was pulled out of the game early, en route to a 41-7 win. The Bills scored 24 points in the third quarter.

“It doesn’t matter who it’s against. Like, that’s a good team that we played. For us to go do that was great.”

“It was a lot left on the bone, really. We had a lot of points. I think we had one punt and I think it came back to us. But just doing your job, and at this point we’re doing OK I guess.”

The Bills look like a legitimate Super Bowl contender, and every NFL team should view the Bills’ performance on Monday night as a warning. There are several teams in the AFC, including the Los Angeles Chargers, Kansas City Chiefs, and Baltimore Ravens, who will compete in January for a chance at the Super Bowl championship; however, if the Bills clinch home-field advantage, they will be a very tough out.

“We got our (butts) kicked, plain and simple. They outplayed us and they outcoached us, and that’s the definition of it. We’re going to go back to work and try to figure out how to win a football game.”

“I pride myself on making plays and being a playmaker for this team. And I didn’t do that tonight. They were the better team tonight in all three phases, the whole game. We just weren’t good enough. At all.”

The Eagles dominated the Vikings in the first half. They led the Vikings 24-7 at halftime, and neither team scored in the second half. Jalen Hurts dominated, and wide receiver Devontae Smith stepped up when called upon.

“Like I said, when the ball comes to you, you have to make the most of your opportunity. So just going out there, us as an offense, executing, everybody got their opportunities and everybody made the most of them.”

The Bills and Eagles made a statement on Monday Night Football. Stefon Diggs showed why he is one of the best wide receivers in the league, and the Bills dominated without their second-best wide receiver, Gabe Davis.

Week 3 kicks off with the Cleveland Browns hosting the Pittsburgh Steelers in a divisional matchup on Thursday Night Football.

Police officers in Milwaukee don’t seem to trust their sidearms. They carry the Sig Sauer P320, a firearm popular with a lot of people and basically … END_OF_DOCUMENT_TOKEN_TO_BE_REPLACED

As if Washington, DC, wasn’t dysfunctional enough, the city’s deputy mayor has been arrested and charged with assault and battery. According to Fox 5, … END_OF_DOCUMENT_TOKEN_TO_BE_REPLACED

As my colleague, Sister Toldjah reported, there were some memorable moments during Joe Biden’s remarks while visiting Florida on Wednesday to survey … END_OF_DOCUMENT_TOKEN_TO_BE_REPLACED

President Joe Biden made a vulgar comment that was caught on a hot mic during his review of the damage from Hurricane Ian Wednesday. Biden arrived … END_OF_DOCUMENT_TOKEN_TO_BE_REPLACED

The FBI has raided the home of a pro-life activist in connection with a protest that took place in March of 2021. Other participants at the event were … END_OF_DOCUMENT_TOKEN_TO_BE_REPLACED

The right of self-defense is, generally, about as non-controversial as you can get. Even vehement … END_OF_DOCUMENT_TOKEN_TO_BE_REPLACED

The FBI is out with its numbers for murders and other violent crimes over the past year. The numbers … END_OF_DOCUMENT_TOKEN_TO_BE_REPLACED

After President Ronald Reagan was shot in 1981, as he was about to undergo surgery, he joked to the … END_OF_DOCUMENT_TOKEN_TO_BE_REPLACED

According to a recent report on active shootings released by the FBI, armed citizens have stopped … END_OF_DOCUMENT_TOKEN_TO_BE_REPLACED

When the magic words “vote fraud” are mentioned, what comes to mind for most people, no matter their … END_OF_DOCUMENT_TOKEN_TO_BE_REPLACED