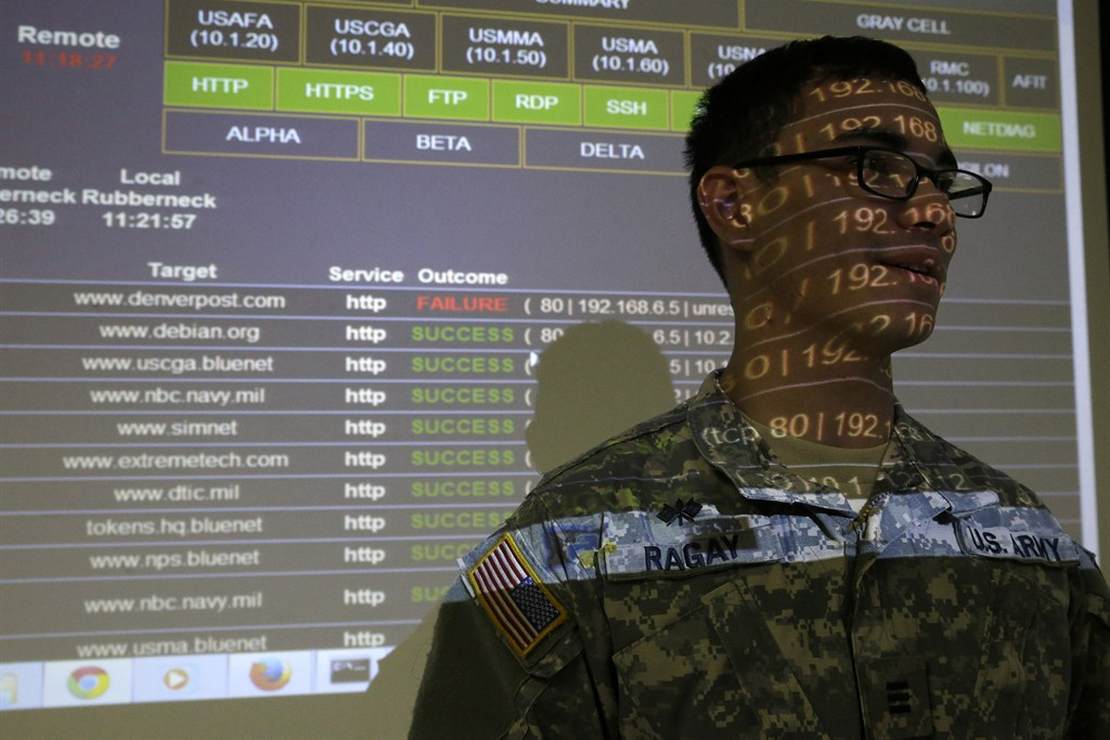 Among the plethora of “white supremacy,” “systemic racism,” “inherent racism,” and other race-related charges by America’s race-obsessed left, a recent declaration by Joe Biden’s incoming White House Deputy National Cyber Director is the current title holder, in my book.

Camille Stewart, a former Google strategist, has argued that the U.S. “national security apparatus must be a part of dismantling systemic racism,” and that “pursuing anti-racist and anti-hate policy outcomes” should be a chief national security focus for the Biden administration, as reported by the Washington Free Beacon.

So there you have it, America.

No need to worry about cyberattacks from Russia, China, Iran, or any of the other bad guys of the world, the top threat to U.S. cybersecurity is “systemic racism” — defined by the Cambridge Dictionary as “policies and practices that exist throughout a whole society or organization and that result in and support a continued unfair advantage to some people and unfair or harmful treatment of others based on race.”

Needless to say, Biden’s latest race-obsessed hire is not likely to sit well with Republican lawmakers who have been more focused on real defense issues rather than on Biden’s race-centric ideological agenda.

Reality: The Justice Department said in June it is bracing for more cyber warfare from adversarial countries. Last month, the FBI revealed it intercepted an Iranian-backed cyberattack against Boston Children’s Hospital, and Russian hackers targeted an American satellite company in Ukraine earlier this year, as WFB noted.

“Shockingly,” Stewart — who served as a policy adviser for the Obama administration’s Department of Homeland Security — is no stranger to slamming America on social media as an intrinsically racist society.

Here are a few of Stewart’s “greatest hits,” as transcribed by WFB:

She claimed that the U.S. economy “lost $16 trillion b/c of Racism against Black Americans,” and warned in 2020 that “SYSTEMIC RACISM WILL RUIN THIS DEMOCRACY,” arguing that systemic racism was a part of “every institution not just the criminal justice system.”

“[Solutions] to cybersecurity challenges will never reach their full potential until systemic racism is addressed and diverse voices are reflected among our ranks at all levels,” Stewart wrote in a 2020 column for the Council on Foreign Relations titled “Systemic Racism Is a National Security Threat.”

She added that “communities of color are disproportionately affected by cyberattacks that target critical infrastructure.”

In a 2020 column for The Hill, Stewart said the Biden administration’s efforts to combat systemic racism “must be woven into leadership priorities, processes, structures, and domestic and international strategy.”

Let’s pretend that the left’s pathetically-obsessed charges of “systemic racism” are true; that policies and practices exist throughout the whole of American society that result in and support a continued unfair advantage to some people (white people) and unfair or harmful treatment of others (people of color) based solely on race. Yeah, let’s pretend that, for a minute. Therefore I have one simple question:

What on earth does “systemic racism” have to do with the cybersecurity of America — let alone as the majority threat to the security of the United States? It doesn’t; the assertion is idiotic on its face.

The White House did not respond to WFB’s request for comment. However, a Monday White House press release said Stewart was “regarded as not only an expert but also as an inspiration, especially to women and underrepresented minorities.”

My question is, an expert on what?

Finally, Republican lawmakers have objected to other recent hires by the Biden administration, including Antony Blinken’s State Department “Global Woke Czar” and U.S. Special Representative for Racial Equity and Justice appointee Desirée Cormier Smith, who claimed white diplomats are too “protective” of the United States, and black diplomats have more humility and empathy than their white colleagues.

I’m just going to say it. There is a cancer in the Biden administration that continues to metastasize throughout the federal government. Like Barack Obama before him, addled Joe Biden has picked up the gauntlet — forcibly handed to him by radical-left handlers who insidiously continue to pit America against itself based principally along racial lines.

Still, the notion of “systemic racism” as the top threat to U.S. cybersecurity beats the hell out of me.

I’ve often talked about the animosity many in the gun community feel toward the ATF. It’s a real thing, after all, and the ATF doesn’t seem to care … END_OF_DOCUMENT_TOKEN_TO_BE_REPLACED

You’ve read the stories. FBI Director Chris Wray bugged out on his Senate hearing where he managed to say… pretty much nothing. The only substantive … END_OF_DOCUMENT_TOKEN_TO_BE_REPLACED