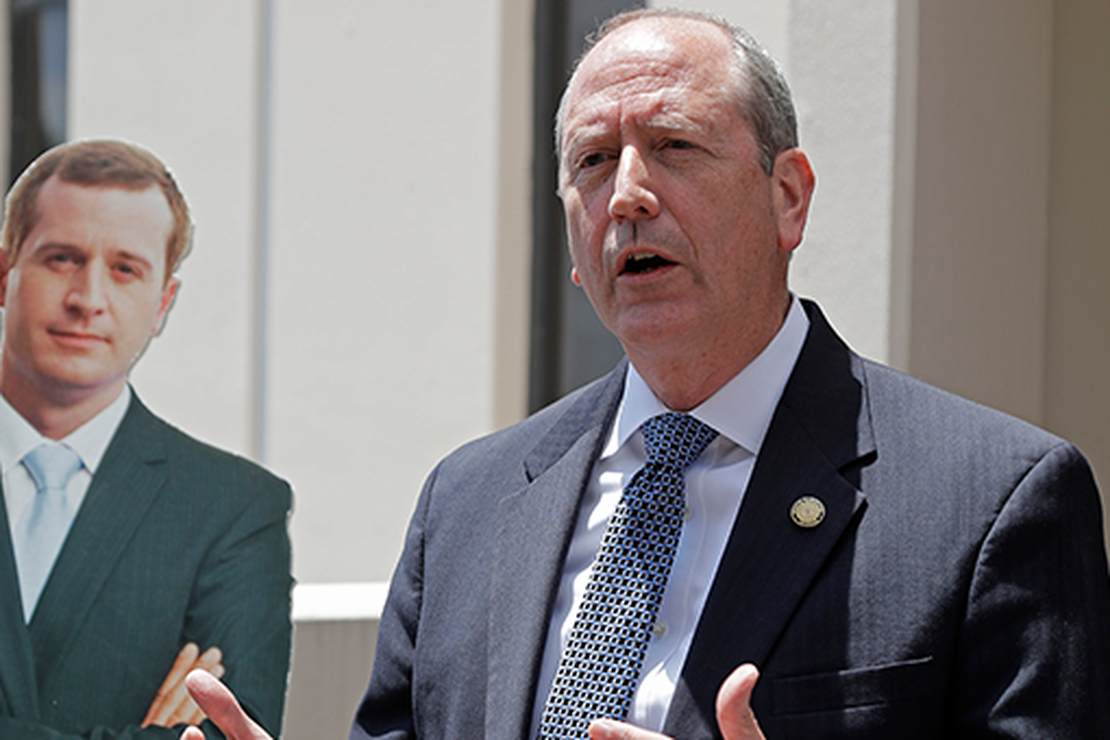 Is there any federal agency that has lost more of its credibility over the last decade than the FBI? The once storied institution has always had a reputation for pushing the boundaries, but if you had polled the public ten years ago about their perception of the bureau, it no doubt would have earned high marks.

Those days are long gone, though, as the FBI has become hopelessly politicized and weaponized against one side of the political spectrum. One of the starkest examples involves the supposed plot to kidnap and kill Michigan Gov. Gretchen Whitmer, a Democrat.

The announcement of that “plot” was made just a month before the 2020 presidential election, providing ample fodder for the left and their media allies to proclaim that Republicans had somehow instigated the scheme. Yet, it became clear fairly early on that something was amiss. Back in mid-2021, I wrote an article entitled “It Sure Looks Like the FBI Basically Orchestrated the Gretchen Whitmer Kidnapping Plot,” and once the first trial began, that analysis was quickly vindicated. Two of the defendants were successfully acquitted on the basis of entrapment while two more are awaiting a re-trial.

Despite that embarrassing outcome and the stink of corruption around the FBI’s actions, the bureau has yet to be held accountable, though. GOP Rep. Dan Bishop tried to get some answers on Thursday, grilling FBI flack Matthew Olsen on the details surrounding the Whitmer case.

Just before the 2020 election, the FBI announced it had thwarted an alleged plot to kidnap the Michigan governor.

A jury found that the FBI had actually entrapped at least 2 of the defendants.

Is this how the DOJ carries out its operations? The American people deserve to know. pic.twitter.com/ZcjGtwKWtC

Bishop goes through things step by step, revealing that an informant was paid $54,000. Taxpayer money was also spent on travel expenses and booze in order to lure people into the plot. Further, the FBI originated the plan to “kill” Whitmer, with agents congratulating each other for successfully putting a group together to carry out the plot. They even provided a “how-to” bomb-making video for those who would eventually be charged.

This was not an organic act of domestic terrorism. It was the FBI using your money to create a plot against a Democrat governor that just so happened to be revealed right before the 2020 election. And Olsen’s response is to claim he can’t comment over and over.

To make matters worse, Bishop dropped another bit of previously unknown news today, which is that the same FBI/informant pairing tried to run the same plot against then Democrat Gov. Ralph Northam.

“Mission is to kill the governor specifically”, directed the FBI.

What exactly is the DOJ doing? pic.twitter.com/biuOdElkdl

I’m sure it’s a coincidence that these “domestic terrorism” schemes just so happened to benefit Democrats prior to a major election, right? The weaponization of the FBI is sitting there in plain view, and no one is doing anything about it. Where’s Dir. Christopher Wray? The answer is that he’s off making excuses and “protecting the shield.”

The arrogance shown by FBI officials when any form of oversight is conducted is just disturbing to watch. These are people that believe they are above the law, and more importantly, believe they are above the accountability of voters. Nothing changes until the bureau is completely gutted. Then when we can have a conversation about whether it even needs to exist anymore.

The Supreme Court has ruled several times over the years regarding the Second Amendment. While right now, Bruen is getting a lot of attention, the Heller decision was the first in ages and was the decision where SCOTUS laid down the fact that the Second Amendment is an individual right, among other things.

And the Supreme Court is the highest court in the land. If they say something is unconstitutional, it’s to be considered unconstitutional by all the lower courts as well, though that doesn’t always work out as well as it should.

Rep. Dan Bishop, a Republican, is taking issue with his colleagues pushing an assault weapon ban are clearly ignoring SCOTUS.

House Judiciary Committee member Dan Bishop reacted to a hearing on gun control on “The Ingraham Angle” and speculated on how strict legislation could really become.

REP. DAN BISHOP: You know very well that the Heller decision held in 2008, the Supreme Court’s decision that weapons that are in common use can’t be banned under the Second Amendment. People have a right to keep them and bear them for self-defense. But that’s what Jerry [Nadler] said. They marked up the bill to ban weapons, the AR-15s and the like, ammunition magazines of which there are tens of millions in the United States, and they’re just going to defy the United States Supreme Court. That’s what they’ve made clear.

As Cam noted on Wednesday in a post about David Hogg’s ejection from the House hearings, there are around 24 million modern sporting rifles in circulation according to the National Shooting Sports Foundation. When you consider the 330 million people population of the United States, it’s impossible to argue that 24 million weapons in circulation don’t constitute “in common use.”

Yet, as I’ve pointed out, they’re also ignoring Bruen.

Frankly, at this point, it’s clear that congressional Democrats aren’t willing to hear anything SCOTUS has had to say on the subject of the Second Amendment, which seems to strike me as incredibly stupid.

I mean, do they not think this would get challenged if it were passed? If it is, where do they think this one is going to end up? They can’t actually expect it to survive, now can they?

Of course, we know they want to pack the court in a blatant attempt to flip it the other direction, but since they won’t get that passed either, the only thing they’re really doing is trying to flex for some idiotic reason.

They don’t value SCOTUS unless it issues findings that they approve of. That’s the only thing that matters to them and we all know it.

So now, as Bishop noted, they’re going to ignore the Court in hopes that…well, who knows what they’re thinking, because no amount of actual thinking would tell them this will somehow work out well for them.

Then again, if they were capable of really thinking, it’s unlikely they’d hold most of the positions they currently hold. The fact that they do really tells us all we need to know.

GOP Rep. Liz Cheney of Wyoming has said that she could back a Republican for the White House in … END_OF_DOCUMENT_TOKEN_TO_BE_REPLACED