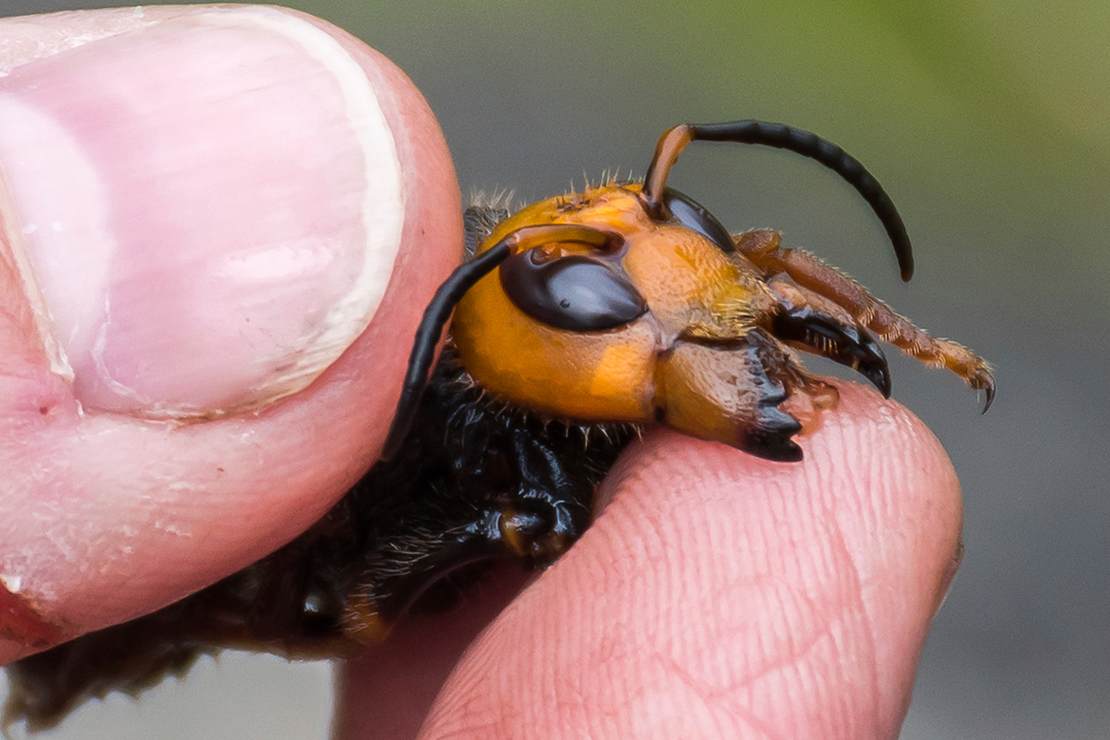 Do large continental masses of dirt have feelings? In case they do, one sensitive scientist is on the ball.

As noted by CBS News, a rather large new immigrant insect has sometimes been called the “Asian giant hornet” or “Asian murder hornet.”

But the use of that designation’s gone south:

Washington state Department of Agriculture officials said Monday that the Entomological Society of America (ESA) has adopted “northern giant hornet” for the species Vespa mandarinia in its Common Names of Insects and Related Organisms List.

In his official proposal, Dr. Chris Looney explains why the old moniker needs to buzz off:

While there is no approved common name, the name “Asian giant hornet” appears in the media, agency outreach materials, and scientific literature with regularity. The media also frequently uses the name “murder hornet,” although this name is not used by federal or state agencies. Both names are problematic and may be barriers to accurate and effective communication…

It goes back to COVID — and racism:

The COVID-19 pandemic and geopolitical tensions have contributed to a rise in hate crimes and other odious behavior directed at people of Asian descent in countries across the globe. Although the descriptor “Asian” in this context is not at all pejorative, and is geographically accurate, its association with a large insect that inspires fear and is under eradication may bolster anti-Asian sentiment among some people. Indeed, in my personal experience I have heard statements like “another damn thing from China” multiple times (irrespective of the fact that the hornets detected in North America likely originated in Japan or Korea). Even if people do not explicitly ascribe negative feelings towards the insect, or their neighbors and colleagues of Asian descent, the prominence of the descriptor “Asian” in the common name will, for some people, implicitly take precedence over other, more important, biological characteristics. It is at best a neutral and uninformative adjective, potentially a distraction from more salient characters of the organism, and at worst a racist trope.

Just say no to alienation:

[I]nsisting on incorporating “Asian” into the common name risks alienating some community members and deterring participation in an otherwise vibrant community science program.

In times past, it wasn’t thought that physical parts of the planet were touchy; pointing out what lived in or originated from a place was considered okay.

But times have changed. A rejiggered gentleness rules the day:

WHO Will Rename Monkeypox Because It’s ‘Discriminatory’

World’s Largest Insect Organization Cancels a Name That Bugs Them

Back to the murder hornet, it seems Dr. Looney has prioritized the feelings of dirt over that of living creatures: Perhaps the soil that forms Asia feels better knowing that a bug no longer boasts its name; but what of the feelings of the hornet? Science has robbed it of its identity. Evidently, a person can be a European American; but an insect can’t be an Asian hornet. In some circles, that’s considered speciesism.

Hopefully, wokeness will soon solve that problem, too.

More Than 50 Members of Congress Demand Biden Take a Cognitive Test, but What if He Fails?

Portland Schools Five-Year-Olds on ‘People With Penises,’ Tells Kids Their Families Are ‘LGBTQIA2S+’

A California woman was attacked by a stranger with a hammer and was shot in the face before he tried to abduct her 10-year-old daughter, police … END_OF_DOCUMENT_TOKEN_TO_BE_REPLACED

GOP Leadership in the House has responded forcefully to the FBI raid of Mar-a-Lago, with GOP leader … END_OF_DOCUMENT_TOKEN_TO_BE_REPLACED

It was certainly shocking news to hear on Monday that the FBI was raiding Mar-a-Lago. There was more … END_OF_DOCUMENT_TOKEN_TO_BE_REPLACED