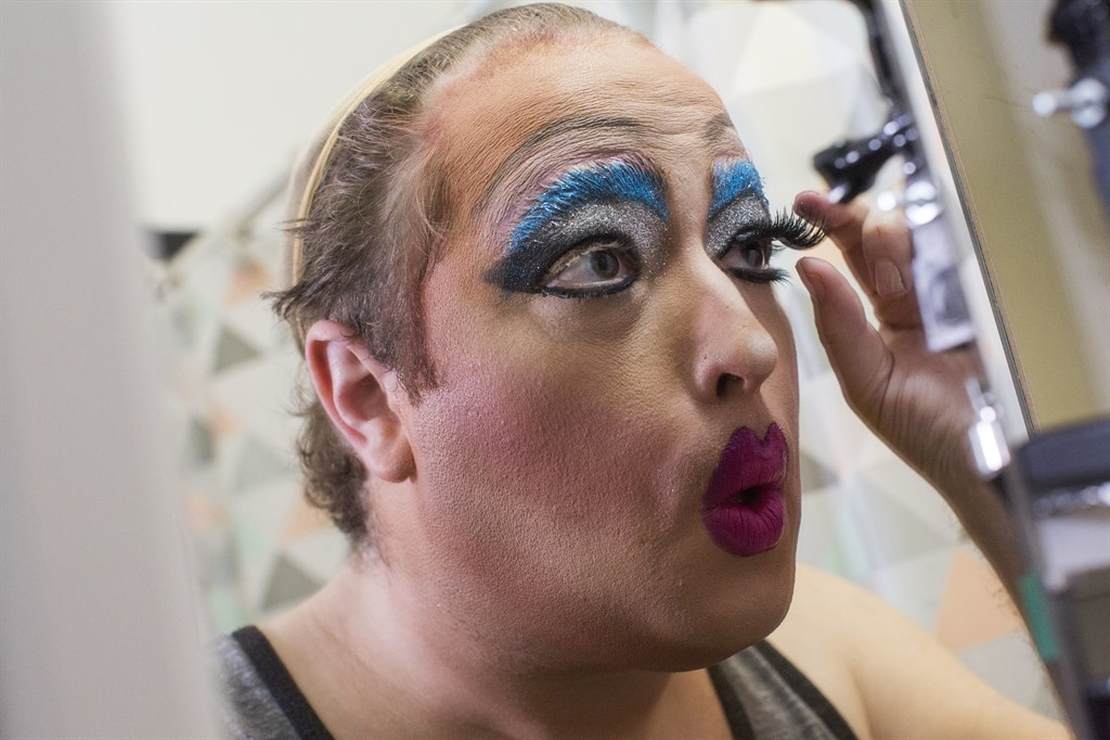 For a very long time, Disney films were Rated-(Golly)G promotions of America’s most conservative values. But times have changed, and the company has kept up. In fact, it may have run substantially ahead.

Apropos of evolution, a cast addition to an upcoming Marvel series has been announced.

As reported by EOnline, “Shea Couleé is bringing her charisma, uniqueness, nerve and talent to [Disney’s] Marvel Cinematic Universe.”

The RuPaul’s Drag Race star has landed a role in the upcoming Disney+ series Ironheart, based on the Marvel Comics character of the same name. And that’s a BFD.

The star spoke of humility:

“It’s really so humbling to be able to crossover into a much more mainstream avenue, and push the needle forward as far as drag is concerned, in the way that it’s consumed and in pop culture. I’m so deeply excited for everyone to see what this role is, what it entails and everything it is.”

While the character’s details remain under wraps, it seems there won’t be a drastic departure from drag:

Not only that, she’s been able to leave her trademark stamp on her character, whose identity has not yet been revealed.

Per Shea, expertise will be on order:

“Everyone at Marvel has been so unbelievably open and receptive to my experiences and my expertise about drag and they’ve allowed me to really come in to the MCU and put my very specific Shea Couleé print on the Marvel Universe.”

Disney will be bringing the sexiness, too:

Shea — who recently partnered with Smirnoff to host the first-ever Show Up. Show Off! Showcase, a national drag competition created by the vodka brand — teased that Ironheart will be a feast for the senses.

For those who are unfamiliar, here’s a bit of Shea getting down to business (Language Warning):

Over the past few years, Disney has made several culturally progressive moves:

Disney Stock Has Tumbled Nearly 50 Percent as Audiences Turn Away

Now the Mouse is adding drag to its family fare. But in a way, Walt Disney’s birthchild is late to the game: Cartoonish female impersonators have already crashed Nickelodeon, the military, public education, and Christianity.

And back to this article’s opening paragraph, you won’t be hearing only “golly gee” on the kids’ company’s streaming service. As noted by The American Spectator, Disney+ has updated its offerings with Rated-R content.

University of Nevada Launches ‘LGBTQ Studies’ Minor — From the Dept. Of Gender, Race, and Identity

When Seconds Count: Gun-Averse NPR Will Never Understand Your Need for a Firearm

Arizona recently started building its own wall to fill the gaps along the Yuma sector of the southern border, and it is a truly innovative solution to … END_OF_DOCUMENT_TOKEN_TO_BE_REPLACED

The Left and their lapdog media are STILL busy looking for anyone and anything to blame for January 6. Their goal is to make "extremists" out of half … END_OF_DOCUMENT_TOKEN_TO_BE_REPLACED

In the first poll since the unprecedented Mar-a-Lago raid, Emerson College Polling showed that J.D. Vance, the Trump-backed Republican nominee for … END_OF_DOCUMENT_TOKEN_TO_BE_REPLACED

A group of Republican senators is pushing a bill that would prohibit U.S. Immigration and Customs … END_OF_DOCUMENT_TOKEN_TO_BE_REPLACED

In the classic 1979 comedy, The Jerk, Navin Johnson (comedian Steve Martin) excitedly chats with his … END_OF_DOCUMENT_TOKEN_TO_BE_REPLACED

Evil teachers' unions represent one of the most powerful forces in America. It is no secret that … END_OF_DOCUMENT_TOKEN_TO_BE_REPLACED

Stolen guns represent a very real problem, one many communities are trying to figure out how to deal … END_OF_DOCUMENT_TOKEN_TO_BE_REPLACED

On July 29th, a CASA C-212-200 airplane made a rough emergency landing at Raleigh-Durham … END_OF_DOCUMENT_TOKEN_TO_BE_REPLACED

Most of the defensive gun uses that we feature here at Bearing Arms have a happy ending, but … END_OF_DOCUMENT_TOKEN_TO_BE_REPLACED

Rep. Jim Jordan (R-OH), the top Republican on the House Judiciary Committee, has been fielding … END_OF_DOCUMENT_TOKEN_TO_BE_REPLACED