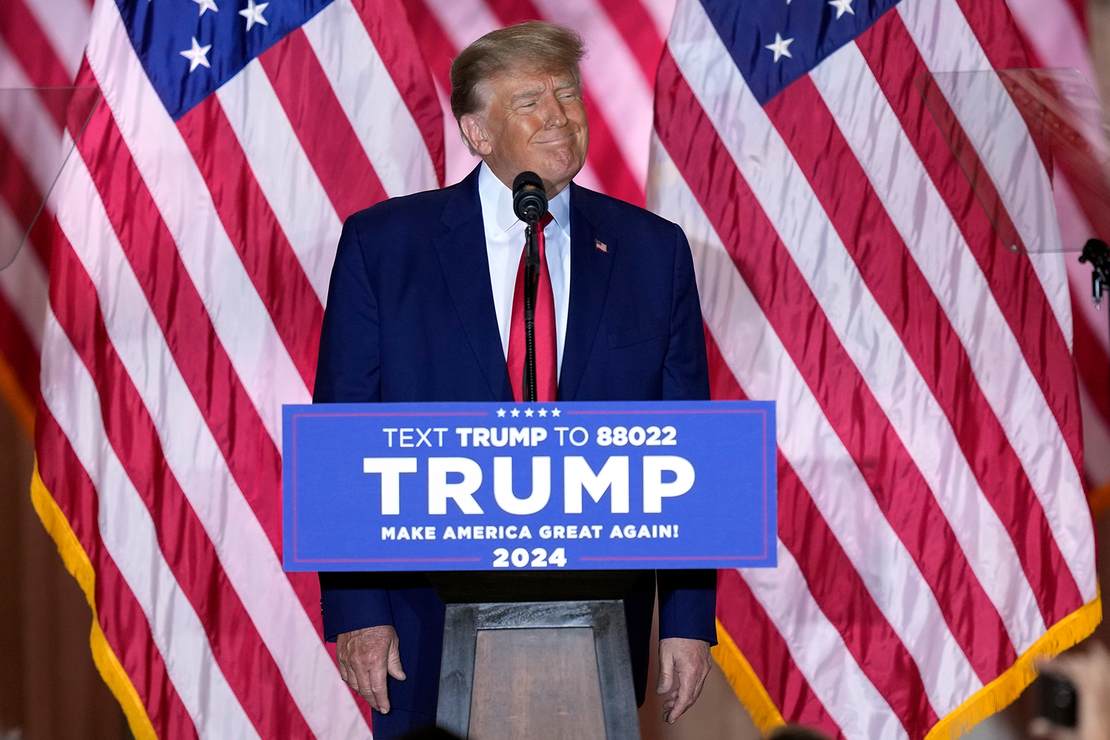 All throughout 2019 and 2020, we were treated to lecture after lecture from the Usual Suspects about how this country couldn’t take another four years of Donald Trump. For the good of America, we were told, voters needed to elect the eventual Democrat nominee, even if it was someone who leaned heavily on his handlers and who probably would have been better served by sitting it out and enjoying his retirement years in his Delaware home.

Along the way, there were also some rather self-serving recriminations that played out in the press amongst so-called journalists, many of who accused their colleagues of allegedly playing right into Trump’s hands by constantly giving him the attention they said he so desperately sought every time he logged on to the Twitter machine or held a press conference where he lambasted the “fake news media.”

Once he was gone, they implied, once and for all they and their newsrooms could get back to the “normal” way of doing things (read: coddling Democrats) free from what they described as the 24-7 drama surrounding covering the then-POTUS. Maybe if they simply ignored him, they said in so many words, he would go away.

Except once the 2020 election was over, the MSM’s obsession with Trump continued. He was blamed for the Capitol riot because apparently words are violence or something. And even beyond the Capitol riot, we were getting up-to-the-minute updates from “reporters,” whose sources likely were either hiding in the bushes or were perched precariously in a nearby tree, on – among other things – Trump’s post-presidency golfing habits.

Clearly, they missed him. In the process, they fell right into the same traps they had previously talked about trying to avoid when it came to feeding “Trump’s ego.”

Now, here we are two months shy of it being two years since Trump left office, and he has now formally declared his intentions to run for president in 2024. So what are the same media outlets, the ones who said it was best to not give the Trump machine the oxygen they claimed it needed, doing?

The same thing they did in 2016. And 2020. Telling us how much the country doesn’t need him, while also inadvertently letting us know how much the media, in fact, does:

But CNN broadcasts the speech in full. Keep a close eye on who is trying to make sure Trump wins the nomination. https://t.co/ewbW14dcrQ

Oh God, CNN is right now calling Trump’s campaign announcement “dark” and “divisive.” They’re so excited to get to do this every day again.

ICYMI…Glenn has tweeted out his Trump fact check three times so far! https://t.co/CVeZzK85mu

“[CNN’s] Daniel Dale currently injecting Pedialyte into his veins,” quipped Spectator contributing editor Stephen L. Miller after noticing Dale was conveniently back in action in the aftermath of Trump’s announcement.

My RedState colleague Brad Slager wrote a mini-Twitter thread documenting all the Trump articles that appeared in the New York Times just in the last day. Here’s the first of several tweets in the thread:

Not to imply that the @NYTImes is obsessed with Trump running once again and desperate to have him back on their pages — Instead I’ll just display it.
All of these are from THE PAST DAY
1/ pic.twitter.com/y8QG7vne2m

The so-called “anti-Trump” media, the ones who have written umpteen books about the “dangers” of Trump and for who DC cocktail circuit approval is paramount to their success, couldn’t quit him after the 2020 election and they can’t quit him now. Don’t ever let them convince you otherwise.

According to the authors of a new book, rooting for a sports team is good for your mental health - perhaps even for fans of the Cleveland Browns and … END_OF_DOCUMENT_TOKEN_TO_BE_REPLACED

Every parent with a child in school is likely aware of the scourge of strep throat, the highly … END_OF_DOCUMENT_TOKEN_TO_BE_REPLACED

The sight of grown men actively beclowning themselves is rarely a pleasant sight. However, there is … END_OF_DOCUMENT_TOKEN_TO_BE_REPLACED

Christopher Keeley, a man who stands accused of brutally murdering a 70-year-old couple from … END_OF_DOCUMENT_TOKEN_TO_BE_REPLACED

The state of Hawaii has a history of restricting guns. This is even worse in the city of Honolulu, … END_OF_DOCUMENT_TOKEN_TO_BE_REPLACED

In between being bogged down in a pointless war in Ukraine and presiding over domestic turmoil, … END_OF_DOCUMENT_TOKEN_TO_BE_REPLACED