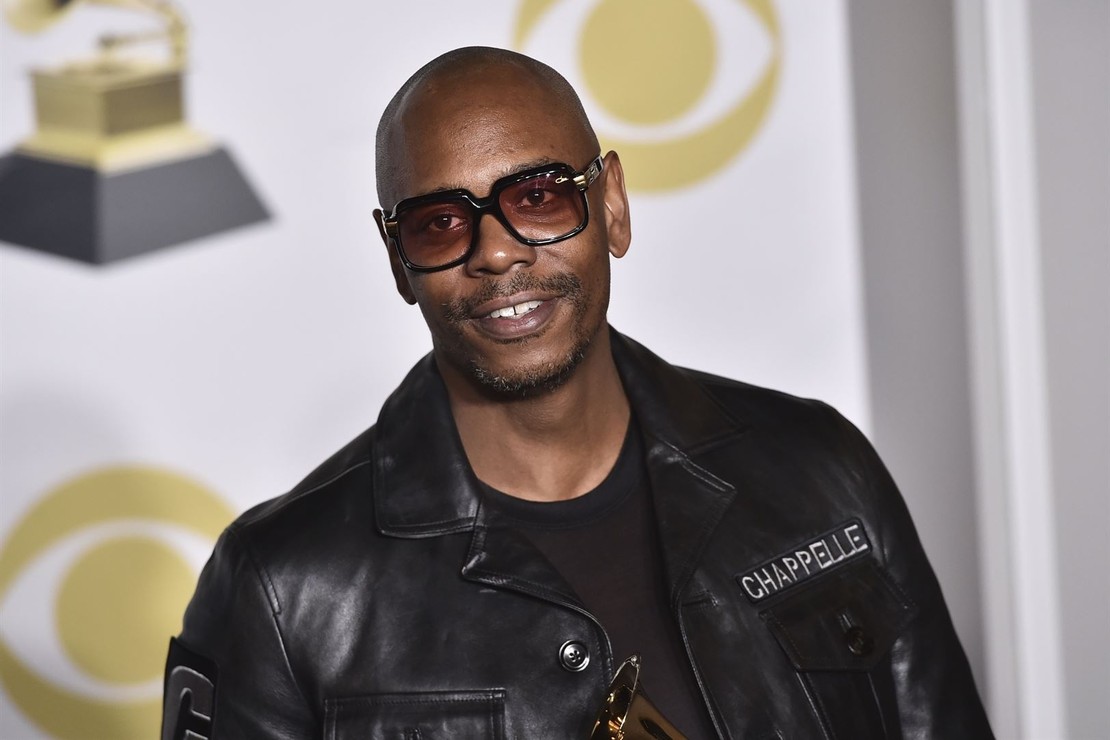 Dave Chappelle might be the greatest living comedian we have today, and part of that comes from him doing his job. He makes jokes, and moreover, makes them about everyone, including groups mainstream culture claims you can’t make fun of. Naturally, this is going to upset people who had forgotten how to laugh long ago, especially at themselves.

These people have been attempting to make Chappelle’s life more difficult ever since. They’ve attacked him both in name and in body, but neither seems to stop the comedian from doing what he does. It was inevitable that these people would begin attacking his fans.

As Mia Cathell of Townhall reported on Wednesday, Chappelle’s show last Friday saw some arrests happen after leftist activists harassed and assaulted Chappelle’s showgoers. Cathell dug up some arrest reports and, needless to say, you won’t be surprised at just who these people are.

As Cathell wrote, the arrestees were obese, had bright-colored hair, and were white. One of the people arrested was black, but unsurprisingly, her social media footprint wasn’t as loud about her support of leftist causes as her white comrades:

One of the show-goers waiting in line was hit by an egg thrown by a screaming individual, The Star Tribune reported. According to The Daily Mail, an on-stage Chappelle mocked the outraged mob, belting a one-line zinger to his fans: “I’d respect them more if there was at least one black person!” Ironically, it appears a black police officer handcuffed at least two white anti-Chappelle protestors, who’ve also frequented Black Lives Matter demonstrations and often championed anti-racist causes. However, there was a lone black demonstrator detained on July 22, but she has been far less vocal about her BLM activism on social media than that of her white rage-tweeting counterparts.

Rachel Lee Bean was among those arrested. She describes herself as a “white, fat, disabled queer” living on “stolen Dahkota land” and has been incapacitated by “long covid.” Her struggle with the sickness is only made worse by having to live under a capitalist system, according to a medium post she wrote in 2021. It was this capitalist system that caused her to deficate in her own pants at work.

It gets better. Cathell dig some digging into Bean’s personal blog and found that she’s an advocate for obesity and rails against a system that doesn’t consider morbid obesity a disability. Hilariously, she blames the food shortage on the ravenous hunger of the upper and middle class:

On her personal blog, Bean divulged that she was denied disability benefits because her former employer cited her diagnosis of “morbid obesity” as an invalid reason. There she also discussed “fatphobia,” how the medical establishment will “always weaponize your fatness against you,” and “the insidious nature of diet culture.” Nevertheless, the overweight and unemployed blogger complained about food shortages, blaming “the overfed mouths of the middle and upper classes,” remarking: “Perhaps there would be enough for everyone.” Bean’s journal-style website also raved about “disability justice” as well as how “ableism fortifies and is fortified by white supremacy, settler colonialism, capitalism, heteropatriarchy, and other systems of oppression.”

She currently has a “hardship fund” for online donations since her “disabilities” has stopped her from having a job since September, and recently had an anniversary fundraiser to commemorate her “long Covid condition.”

Rachel Lee Bean, who was arrested on suspicion of felony assault & rioting at the anti-Dave Chappelle direct action in Minneapolis, had previously helped organize a criminal takeover of a Sheraton hotel. She now says she’s incontinent & disabled from long covid & wants cash. pic.twitter.com/DXQSrLBGsq

Then there’s Natalina Rizzo Slaughter, another white woman, and BLM activist. According to Cathell, Slaughter views herself as super hardcore:

Dubbed the “Anqueefa Swamp Queen,” she has posted “goth fashion shoots” on TikTok, posing with an axe or a knife stained with fake blood. One of her videos is accompanied with lyrics from the song “Disciples” by Captain Murphy, whose mixtape includes archived cult footage featuring Heaven’s Gate co-founder Marshall Applewhite, who organized the religious group’s mass suicide. “Don’t you want to become a cult leader? Since the death of God there has been a vacancy open. You can fill that void,” is sung over Slaughter’s clip. Slaughter has dressed up as Death the Reaper “coming for Bob KKKroll,” a former member of the Minneapolis Police who served as president of the Police Officers Federation of Minneapolis. Calls for Kroll’s resignation mounted when he labeled the relentless BLM riots “this terrorist movement” in a leaked email to the police union.

Then there’s white woman number three, Sheridan Ann Lair who confessed “I feel like I have to go to jail or I’ll be a disappointment” and laughed when Chappelle was assaulted on stage.

Other arrests include “gender diverse” Michael Robert Maidman and Rosemary Julia Coburn who riots and then runs away from law enforcement.

Leftist nutcases who a loose grip on reality and a hilarious tendency to refer to themselves as heroic anti-fascists while practicing fascism. It’s no wonder Chappelle remains on top and continues to be uncancellable. The idiots trying to cancel him are hardly capable of identifying what gender they are and think that going to jail should go on your resume.

These are the exact people you’d expect trying to shut down a comedy show, and it just goes to show that sometimes stereotypes are real.

On Monday, the Michigan Association of Public School Academies and the Thomas B. Fordham Institute of Ohio filed a complaint against the Biden … END_OF_DOCUMENT_TOKEN_TO_BE_REPLACED

Apple has reportedly told suppliers based in the Republic of Taiwan to comply with Chinese customs regulations, citing fears of trade barriers … END_OF_DOCUMENT_TOKEN_TO_BE_REPLACED

While most of the allegations of corruption surrounding the FBI’s raid of Donald Trump’s estate in Florida have been pointed at the bureau itself, … END_OF_DOCUMENT_TOKEN_TO_BE_REPLACED

I’ve often talked about the animosity many in the gun community feel toward the ATF. It’s a real … END_OF_DOCUMENT_TOKEN_TO_BE_REPLACED