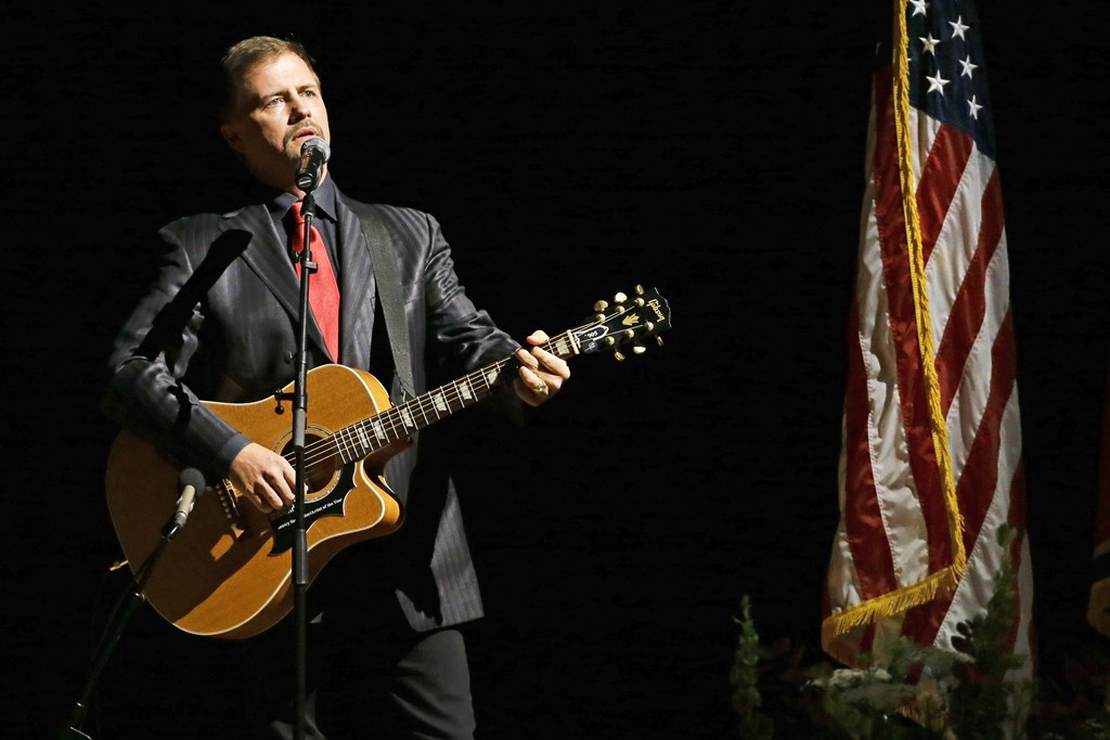 Note: This “Moore to the Point” commentary aired on NewsTalkSTL on Monday, July 25th. Audio included below.

Growing up, I had an aversion to country music. A child of the ‘80s suburbs, I was much more attuned to classic rock, pop, and a bit of punk. Still, there were countrified influences that found their way into my psyche – some Charlie Daniels here, some Marshall Tucker there. Even the Eagles were a little bit more country than rock ‘n roll.

But, as with my tastes in food and drink – and politics – my taste in music has evolved over the years and I find myself genuinely appreciating country music these days. Maybe I’m just getting older, but there’s something about the storytelling woven into the melodies that truly resonates with me now. The themes of faith, family, freedom, and unabashed love for your country.

It’s funny that, to many these days, those concepts are alien – even repugnant. Maybe more sad than funny.

Country star John Rich has a new song out that I suspect will quickly become an anthem for freedom-loving Americans. Its hook is “Stick your progress where the sun don’t shine.” But this verse near the end of the song will really strike a chord with many a fed-up American:

They bent us all over, but it’s all over now
‘Cause we’ve figured it out — we ain’t backing down

To that, I say: Amen and pass the biscuits!

(P.S. Check out the video for Rich’s song below, as well.)

The subject of “what they meant at the founding” pops up all the time in the United States. Most famous of all, anti-American members of the anti-freedom caucus stating that “They only had muskets when the Second Amendment was written!” Not only is that a fallacy, but the intent and spirit of what the Second Amendment is, is what’s important here, not what was “readily” available. After all, arms are weapons, and that pretty much applies to all weapons. Picture a medieval village and them having a so-called call to arms. They pull swords from scabbards and yell “huzzah!” or “tally-ho!” A recent poll talks about our Founding Fathers, and the general feeling is that they’d not be very happy today.

More than ever, Americans this Fourth of July think the Founding Fathers would be disappointed in the nation they established 246 years ago.

The latest Rasmussen Reports national telephone and online survey finds that only 27% of American Adults believe the Founding Fathers would consider the United States a success, down from 34% a year ago. Fifty-three percent (53%) now say the Founding Fathers – George Washington, Thomas Jefferson and Benjamin Franklin, among others – would view America as a failure. Twenty percent (20%) are undecided.

Why the shift? The last year hasn’t been kind to us, nor has our government during that time frame. It was just a year ago that the Union was dealing with the whiplash from the so-called insurrection, not that we’re not still now. However, a year ago, things were much better economically. I’d have to agree, though, had our Founders seen sleepy Joe the “Big Guy” Biden get installed as commander in chief, they’d say we failed somewhere along the way. Aneurysms all around for the 18th century patriots!

What about celebrating Independence Day?

Republicans (68%) are more likely than Democrats (44%) or those not affiliated with either major party (50%) to believe the Fourth of July is one of our nation’s most important holidays. More Democrats (32%) than Republicans (29%) or the unaffiliated (20%) think the Founding Fathers would consider the United States a success today.

It’s not shocking that the more liberal counterparts to those that identify as a member of the GOP have much less of an opinion on the importance of Independence Day. The party of the mostly peaceful protest do like to sit back and watch things burn, but apparently, not July 4th fireworks.

Personally, I could say that we have had many failures and many successes. More recently, the Supreme Court of the United States ruled that our government officials, legislative branch, and judicial are to view the Second Amendment through a history, text, tradition lens, and that is a success. Truth be told, that success is so large that I don’t think the full weight of it has been realized. The progressive party certainly has not.

Yes, it’s sad we’re in a state of affairs that the perception of which Americans project on how the Founders would view things if they were able to hop into a phone booth with George Carlin is so negative. And if you had asked me to speculate on this last year, prior to the NYSRPA arguments, I may have had an overtly dystopian view of things. But, the glimmer of hope is there that the rugged individualism of the American so loathed by progressives will persevere, and we shall pull ourselves up by our bootstraps.

I’m looking forward to a time when the followup poll finds 75+% of respondents think we’d make the Founders proud.

U.S. Congressman Eric Swalwell, who, for the record, represents the Congressional district in which I live — thank you in advance for your sympathy — … END_OF_DOCUMENT_TOKEN_TO_BE_REPLACED

The Partisan Playbook AP Photo/J. Scott Applewhite The Senate is working overtime this weekend to … END_OF_DOCUMENT_TOKEN_TO_BE_REPLACED