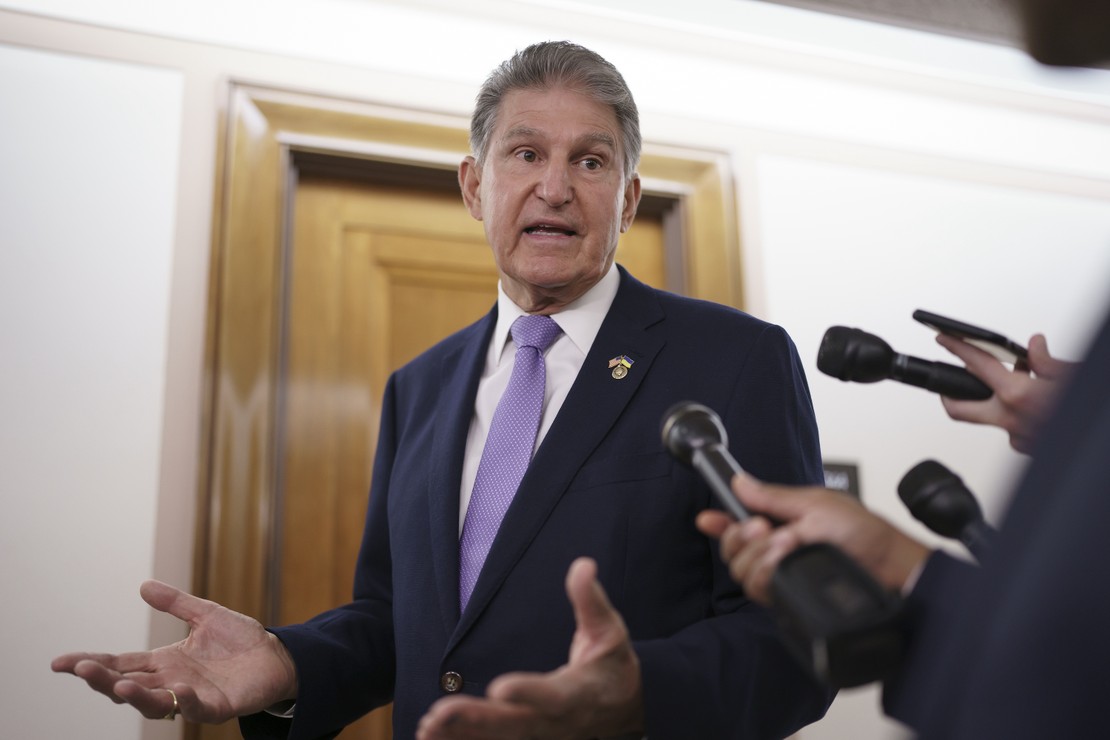 Eighty-eight days ahead of the midterm elections, Democrats passed, without a single Republican vote, a 730-page spending bill aimed at making good on unkept promises to a demoralized progressive base. At  $737 billion in new revenue, the bill weighs in at just over $1 billion/page.

Spending that much money can check off a long wish list for the left in an election year. This bill certainly does that, with subsidies for everything from solar panels to vaccinations. As foolhardy as it may be to grow government in an economic downturn simply as a play for votes, the worst part of the bill is completely unnecessary even for the sake of vote harvesting.

For decades, Democrats have threatened to stick it to Big Pharma by implementing price controls for certain drugs. But rational adults from both parties have always been able to convince anti-pharma activists that executing that golden goose will also result in death and suffering for an untold number of sick people. Now, it is done. Price-setting provisions for pharmaceuticals in this bill effectively begin to crimp off the U.S. drug innovation pipeline. For 75 years, the United States led the world in bringing miracle cures to save countless lives and alleviate human suffering.

Subsidies in the bill that were designed to help middle-income people buy health insurance during the pandemic were continued. Democrats on the ballot would certainly have paid a price for 13 million people being hit with premium increases just weeks before the election. But congressional leaders could have passed this and other popular goodies without passing drug price controls. Senate talking points on the bill mention health insurance subsidies last, almost as an afterthought, below punishing the health care industry because they “rake in huge profits and negotiate secret discounts and agreements.”

In an August 4 letter to legislative leaders, the Congressional Budget Office warned: “The inflation-rebate and negotiation provisions would increase the launch prices for drugs that are not yet on the market relative to what such prices would be otherwise.”

The University of Chicago’s Freidman Institute found that price controls within the first version of this bill (HR3) would mean “254 fewer new drug approvals.” The next breakthrough for Alzheimer’s or cancer could have been one of those drugs. Price controls freeze research and development, and doing so in the United States, the wellspring of medical innovation for the world, is inexplicable.

A recent Penn-Wharton Budget Model analysis of the Inflation Reduction Act found that the effect on inflation will be “not statistically different from zero.”  Unfortunately, we now live in an upside-down political world where everyone can pretty much agree that the Inflation Reduction Act will not lower inflation. But as cynical as things have gotten, we have never crossed over into self-harm as we now have.

The disastrous impact of research-killing price controls will take years to show up. For this cheap shot talking point, Democrats will save no money, and gain no votes. 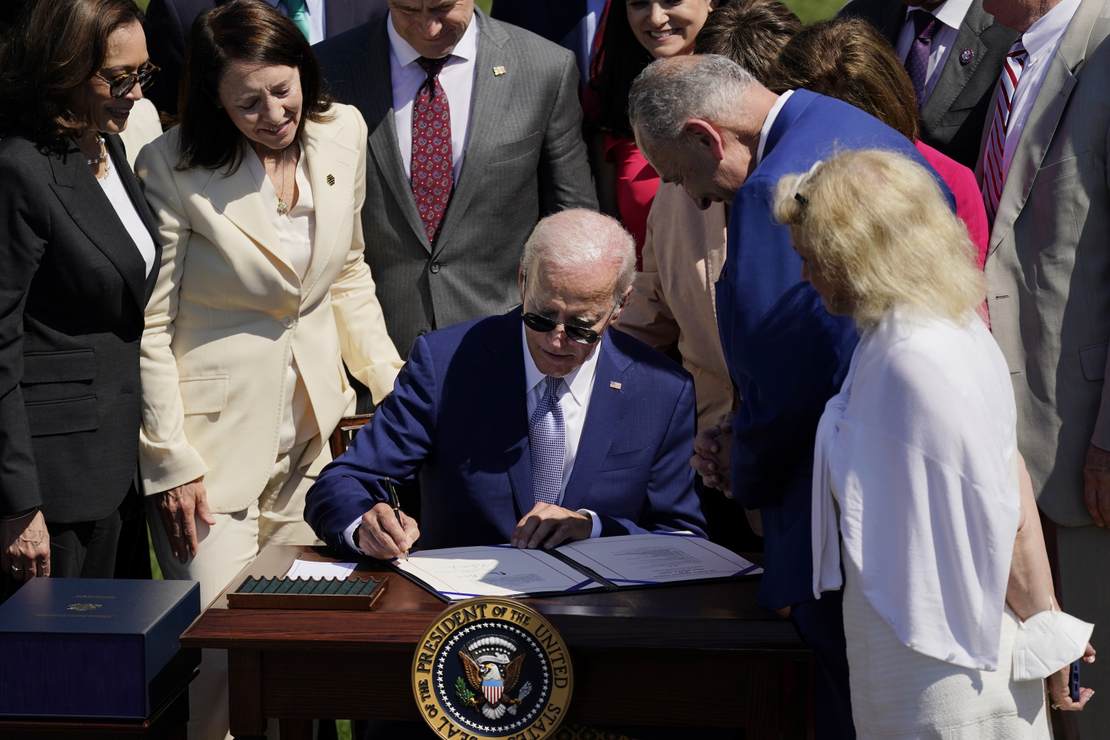 Unfortunately, it seems like a fait accompli that the Inflation Reduction Act will be passed by the U.S. House of Representatives and signed into law by President Biden within the next few days.

On the other hand, the IRA has many benefits for those who are fans of bigger government.

For starters, the bill will increase the size of the Internal Revenue Service’s (IRS) budget six-fold. This includes the addition of 87,000 new IRS agents, who will be tasked with increasing tax enforcement via more audits of small businesses and self-employed Americans.

Currently, the IRS has 93,654 employees. So, in one fell swoop, Congress is seeking to almost double the workforce of one of the most-feared departments of the federal government.

As The Wall Street Journal points out, “The Joint Committee on Taxation, Congress’s official tax scorekeeper, says that from 78% to 90% of the money raised from under-reported income would likely come from those making less than $200,000 a year. Only 4% to 9% would come from those making more than $500,000.”

The bill is also a boon for the administrative state, especially the Environmental Protection Agency (EPA). Under the bill, the EPA will receive $41.5 billion in new funds, which will be allocated towards fighting climate change and pursuing nebulous climate and environmental justice initiatives.

For instance, “The Environmental and Climate Justice Block Grants, funded at $3 billion, invest in community led projects in disadvantaged communities and community capacity building centers to address disproportionate environmental and public health harms related to pollution and climate change.” How does that reduce inflation?

Furthermore, the bill expands the federal government’s role in health care by extending Obamacare subsidies and allowing the government to set price controls for drugs covered under Medicare.

By no means is this a comprehensive list of all the ways in which the Inflation Reduction Act will increase the size and scope of government. In fact, it is just the tip of the iceberg. The bill also includes hundreds of billions of dollars in crony capitalist subsidies for electric vehicles and all sorts of other renewable energy boondoggles. 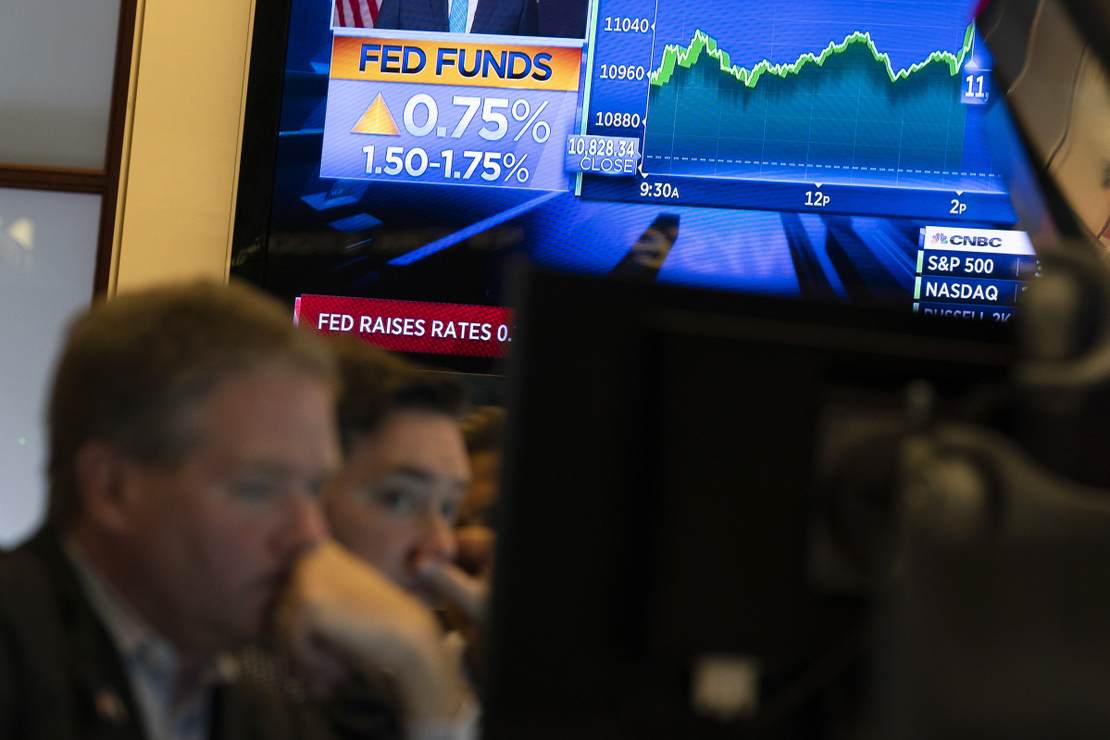 With the U.S. national debt in excess of $30 trillion, inflation at a 40-year high, and interest rates rising, it is clear that the current fiscal order is not sustainable. The United States is not likely to default on its debt, at least in the near term. However, it does appear that we are headed toward either stagflation, or the kind of zombie economy Japan has experienced for the past three decades. To escape these outcomes, the United States must implement new fiscal rules.

One option is for Congress to enact new statutory fiscal rules. For example, Sen. Mike Braun (R-IN) has proposed the S1253 Maximizing America’s Prosperity (MAP) Act. The MAP Act would cap federal spending, slowly dialing it back to 17.5 percent of GDP.

The Responsible Budget Targets Act proposed by Kurt Couchman, from Americans for Prosperity, is a Swiss-style fiscal rule that would mandate a balanced budget over the business cycle. This structural balanced budget rule would also be combined with a spending cap. These proposed fiscal rules would require new enforcement mechanisms, such as those incorporated by Sen. Braun in his FY 2023 budget proposal.

Braun’s FY 2023 budget would establish a point of order against budget resolutions that do not include a balanced budget. It would also establish a point of order against legislation that would increase net outlays any time that inflation exceeds 3 percent. The prospects for these new statutory fiscal rules in the current Congress are nil; however, it is possible that prospects could improve in the post-midterm election Congress.

Over the years, many resolutions calling for a balanced budget amendment have been proposed in Congress, but none of these resolutions has received the supermajority vote required for Congress to submit the proposed amendment to the state legislatures for ratification.

If American citizens want to impose fiscal rules on the federal government, they must take the bull by the horns. In other words, they can no longer leave fiscal decisions to the discretion of Congress.

A major step in that direction was taken in Congress this month with the introduction of House Concurrent Resolution 101, calling for an Article V Convention of States to propose Amendments to the U.S. Constitution and stipulating ratification by state conventions—effectively a vote of the people.

A companion Archivist Article V Application Counting & Calling Act, HR 8419, is designed to ensure Congress complies with its ministerial mandate to call an Article V Convention “upon the application of two-thirds of the states.” It parallels the Archivist’s current responsibility to count state ratification resolutions and certify when an amendment is added to the Constitution.

The current resolution states, “beginning in 1979, when Congress appears to have failed in its constitutional duty to count applications and call a ‘Convention for proposing Amendments.’”

This legislation would correct Congress’ constitutional failure in 1979 to call the Convention of States. Ironically, 39 states (five more than needed) had filed applications for a Convention to address high inflation amid rising debt. That resolution would also prohibit any proposed amendments from being added to our Constitution without a majority vote by the people for yes-pledged delegates in three-quarters of the state conventions.

The resolution also calls for Congress to set the time and place for an Article V convention for proposing fiscal constraints on the federal government unless the Archivist finds that congressional records do not support a finding that the 34 applications required to call a Convention of States for Proposing Amendments was ever achieved.

These resolutions are a significant victory in the fiscal responsibility coalition’s “Stop Inflating” campaign, which is meant to encourage citizens concerned about inflation, slow growth, and its impact on future generations to support a state-drafted, voter-approved, inflation-fighting, fiscal responsibility amendment to the Constitution.

Barry W. Poulson is Emeritus Professor of Economics at the University of Colorado Boulder.

Arizona recently started building its own wall to fill the gaps along the Yuma sector of the southern border, and it is a truly innovative solution to … END_OF_DOCUMENT_TOKEN_TO_BE_REPLACED

The Left and their lapdog media are STILL busy looking for anyone and anything to blame for January 6. Their goal is to make "extremists" out of half … END_OF_DOCUMENT_TOKEN_TO_BE_REPLACED

In the first poll since the unprecedented Mar-a-Lago raid, Emerson College Polling showed that J.D. Vance, the Trump-backed Republican nominee for … END_OF_DOCUMENT_TOKEN_TO_BE_REPLACED

A group of Republican senators is pushing a bill that would prohibit U.S. Immigration and Customs … END_OF_DOCUMENT_TOKEN_TO_BE_REPLACED

In the classic 1979 comedy, The Jerk, Navin Johnson (comedian Steve Martin) excitedly chats with his … END_OF_DOCUMENT_TOKEN_TO_BE_REPLACED

Evil teachers' unions represent one of the most powerful forces in America. It is no secret that … END_OF_DOCUMENT_TOKEN_TO_BE_REPLACED

Stolen guns represent a very real problem, one many communities are trying to figure out how to deal … END_OF_DOCUMENT_TOKEN_TO_BE_REPLACED

On July 29th, a CASA C-212-200 airplane made a rough emergency landing at Raleigh-Durham … END_OF_DOCUMENT_TOKEN_TO_BE_REPLACED

Most of the defensive gun uses that we feature here at Bearing Arms have a happy ending, but … END_OF_DOCUMENT_TOKEN_TO_BE_REPLACED

Rep. Jim Jordan (R-OH), the top Republican on the House Judiciary Committee, has been fielding … END_OF_DOCUMENT_TOKEN_TO_BE_REPLACED