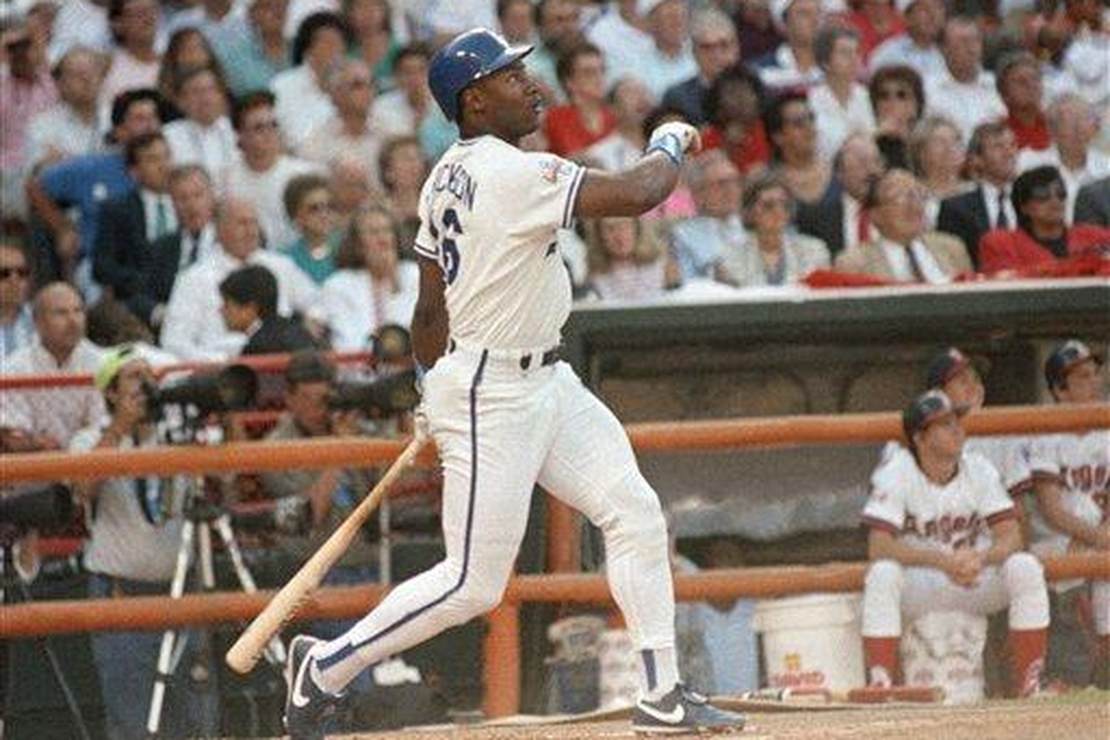 For sports fans who grew up in the 80s, it’s impossible to forget Bo Jackson. The man was a supernatural force, excelling in football, baseball and track. Unquestionably, many saw him as a hero. And now they have an additional reason for that view.

As reported by The Associated Press, Bo flew to Texas three days after May 24th’s gruesome murders of 19 schoolchildren and two teachers.

Accompanied by an unnamed friend and co-contributor, Bo was there to help Uvalde families reeling from the evil wrought upon Robb Elementary School.

Per the AP, Bo now reveals “himself as one of the…donors who covered (funeral) costs…”

A grandfather nearing 60, the dad to three says he couldn’t shake such a heartbreaking situation:

“It’s just not right for parents to bury their kids. It’s just not right. … I know every family there probably works their butts off just to do what they do. … The last thing they needed was to shell out thousands of dollars for something that never should have happened.”

Bo presented Gov. Greg Abbott with a check for $170,000. At the time, it was announced as an anonymous donation.

“We didn’t want media,” Bo explains. “No one knew we were there.”

“The true spirit of our nation is Americans lifting up one another in times of need and hardship. In a truly selfless act, Bo covered all funeral expenses for the victims’ families so they would have one less thing to worry about as they grieved.”

The day of the massacre, Bo tweeted the following:

“America…let’s please stop all the nonsense. Please pray for all victims. If you hear something, say something. We aren’t supposed to bury our children. I’m praying for all of the families around the country who have lost loved ones to senseless shootings. This cannot continue.”

Asked what he meant by “this cannot continue,” he avoids politics:

“I don’t want to turn this into anything (but) what it is. I was just trying (with the donation) to put a little sunshine in someone’s cloud, a very dark cloud. … The last thing you want to hear is there’s an active shooter in your child’s school. It’s happening everywhere now.”

For any unfamiliar with Mr. Jackson’s place in sports history, here’s Biography.com.

Recruited by the New York Yankees before he was out of high school, Jackson decided instead to attend Auburn University.

In school, he led his baseball team to victory; became a football MVP and Sugar Bowl champ; and qualified for the US Olympic team in track and field.

Going professional in 1986, he played for the Kansas City Royals, the Chicago White Sox and the California Angels. During his time in baseball, he was the 1989 All-Star Game MVP, achieved four 20-home-run seasons, and tied the record for most consecutive at-bat home runs with four…

Jackson signed…with the L.A. Raiders in 1987. In his first season, he ran a record-breaking 221-yard rushing performance on Monday Night Football. He spent four seasons in the game before an injury sidelined Jackson in 1991.

Bolstered by a stunning combination of size, strength, speed and agility, the man’s highlight reel is like no other. He didn’t so much evade tacklers as run over them. And he could catch a fly ball above the wall and then throw someone out at home.

Back to Uvalde, Bo has an affinity for the town:

Jackson said he felt a personal connection to the city he’s driven through many times. Uvalde has been a regular stop for a bite to eat or groceries before a long drive farther west to visit a friend’s ranch on hunting trips.

It was his familiarity with the feel of Uvalde’s Main Street, leafy town square and the people he’d met on those stops that touched his heart when…news (of the shooting) broke…

Still, he doesn’t know anyone there:

How many heroes deserve that title? I believe Bo Jackson does. Athleticism is something with which he was born. But compassion for others comes through a man’s searching of his own soul.

And in this age of major league narcissism, that virtue is more valuable than ever.

In the Beginning, God Created ‘Hir’ and ‘Zir’: Christian University Converts to Pronounism

WATCH: Heroes Risk Death to Save a Seizure Sufferer Stuck in a Burning Car

A California woman was attacked by a stranger with a hammer and was shot in the face before he tried to abduct her 10-year-old daughter, police … END_OF_DOCUMENT_TOKEN_TO_BE_REPLACED

GOP Leadership in the House has responded forcefully to the FBI raid of Mar-a-Lago, with GOP leader … END_OF_DOCUMENT_TOKEN_TO_BE_REPLACED

It was certainly shocking news to hear on Monday that the FBI was raiding Mar-a-Lago. There was more … END_OF_DOCUMENT_TOKEN_TO_BE_REPLACED