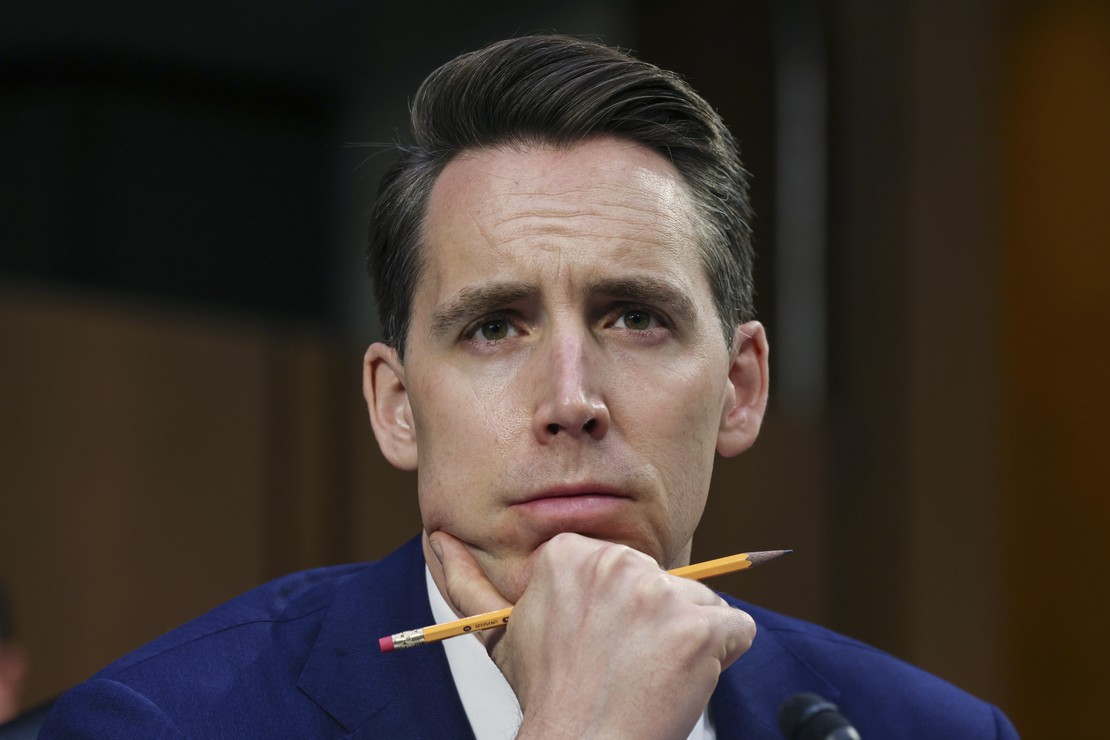 As we previously reported, Sen. Josh Hawley (R-Mo.) is among a number of prominent GOP Senators who are insisting on a recalibration of the party and a delay in the vote for Senate Republican leadership in the aftermath of last Tuesday’s elections, which saw Republicans fail to regain control of the Senate and the anticipated red tsunami in the House falling far short of the numbers predicted.

Among the changes Hawley called for during a Friday interview with RealClearPolitics was an emphasis on appealing to independent voters, who are notoriously hard to predict but whose votes are almost always cited as major factors in races that go down to the wire:

What comes next? Hawley said he hopes the midterm losses “mean that Republicans in leadership will learn their lesson on this, and they will oppose the Biden agenda more effectively.” To do that, he continued, they need “to actually offer an alternative.”

You can’t expect independent voters to vote Republican unless you give them an agenda they care about https://t.co/smhzUIOKFb

… which prompted so called “reporter” Jon Karl from ABC News to snap back with some fake news about what Hawley was doing on the day of the Capitol riot, deliberately posting a an oft-used out-of-context photo of Hawley from Jan. 6, 2021 and insinuating he was cheering on the rioters who breached the Capitol building:

Can you expect to attract independent voters by cheering on the crowd at the Capitol on January 6? https://t.co/r68HcEqip6 pic.twitter.com/vAaFBrdbHR

And to think we were told that journalists don’t pick sides or something.

As many Twitter users noted (and which the photographer of the photo confirmed during a January 2021 interview), Hawley was not, in fact, encouraging the crowd – who was there to watch then-President Trump’s “stop the steal” speech – to riot (unless Karl is purposely equating literally every single person at the rally, the vast majority of who did not take part in what happened later, to a rioter).

“That’s not what was happening in this photo and it’s irresponsible to suggest otherwise, Jon,” conservative radio host and Missouri native Dana Loesch wrote in response. “You can disagree on policy without this.”

“If you need examples of just how twitter has single-handedly destroyed modern journalism i highly recommend following this objective journalist,” quipped another.

“Why are you spreading disinformation Karl? He was signaling to peaceful protestors, not rioters,” tweeted another disgusted Twitter user.

Besides spreading disinformation being one of the things the MSM does best, another sure reason for Karl’s bogus tweet is that he’s selling a book on the Capitol riot, and the more he can keep it in the limelight the more money he makes and the more fame and “street credibility” he earns amongst the all-important DC cocktail circuit elitists.

Unfortunately for Karl, the facts don’t care about his feelings, but as we all know by now the truth has never stopped The Usual Suspects in the press from twisting events to suit their false narratives. So we shouldn’t be too surprised to see Karl doing this. Annoying, for sure, but not at all surprising, especially considering the source.

Flashback: Josh Hawley Trolls Critics as Only He Can After ‘Bombshell’ Jogging Video Released

Police in Boston have made several gruesome discoveries in one particular apartment this month: The remains of four infants have been found after a … END_OF_DOCUMENT_TOKEN_TO_BE_REPLACED

Riots broke out on Sunday in Brussels, the de facto capital of the European Union, and spread to … END_OF_DOCUMENT_TOKEN_TO_BE_REPLACED

Typically, when we watch human rights violations across the globe from the comfort of our American … END_OF_DOCUMENT_TOKEN_TO_BE_REPLACED