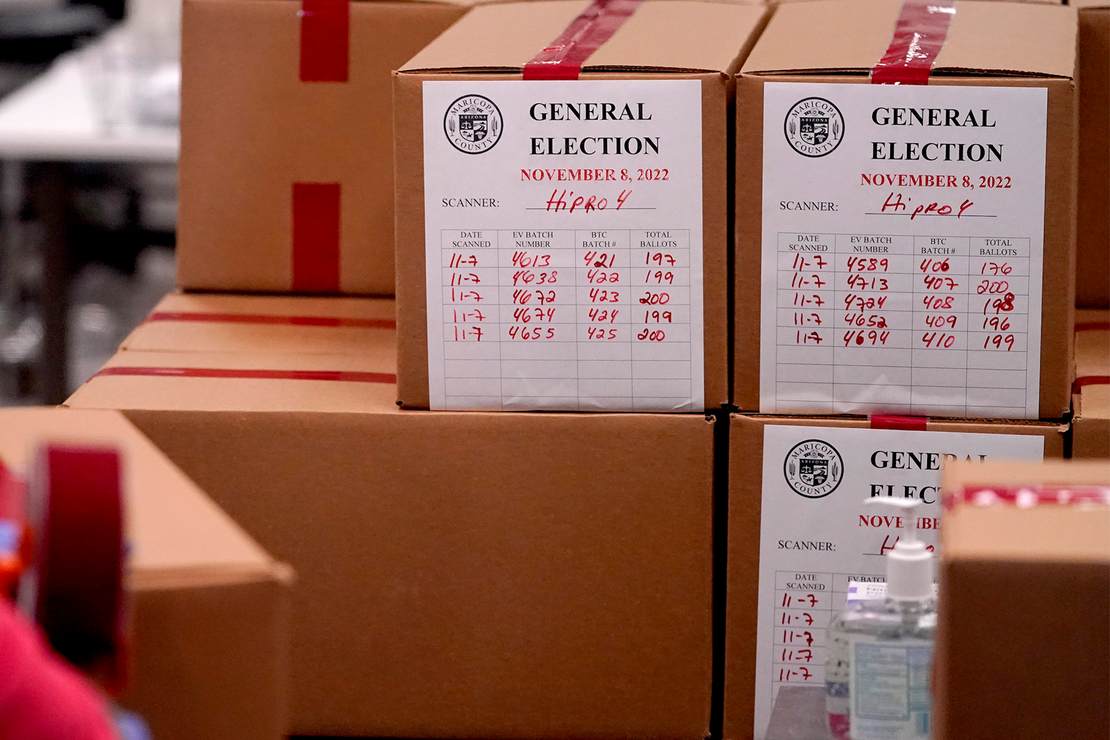 On election day, we all heard about the problems that were going on in Arizona including malfunctioning vote tabulation machines, and it turns out that the problems were much more involved than we were led to believe.

The Arizona Attorney General’s office has issued a letter demanding a detailed report from Maricopa County over problems they had tabulating ballots in at least 70 voting locations, where 25 percent of the machines were not working. In a letter to the Civil Division Chief Thomas Liddy of the Maricopa County Attorney’s Office, Assistant Attorney General Jennifer Wright says that statements from two Maricopa County elections officials “appear to confirm potential statutory violations”:

“The Elections Integrity Unit (‘Unit’) of the Arizona Attorney General’s Office (‘AGO’) has received hundreds of complaints since Election Day pertaining to issues related to the administration of the 2022 General Election in Maricopa County. These complaints go beyond pure speculation, but include first-hand witness accounts that raise concerns regarding Maricopa’s lawful compliance with Arizona election law. Furthermore, statements made by both Chairman Gates and Recorder Richer, along with information Maricopa County released through official modes of communication appear to confirm potential statutory violations of title 16,” [….]

“Pursuant to the AGO’s authority under A.R.S. § 16-1021, the Unit hereby requests Maricopa formally respond to and address the following concerns that have been raised [….]

“According to Maricopa County, at least 60 voting locations had issues related to some ballot-on-demand (BOD) printers having printer configuration settings that were non-uniform, which appeared to have resulted in ballots that were unable to be read by on-site ballot tabulators. Based on sworn complaints submitted by election workers employed by Maricopa County, the BOD printers were tested on Monday, November 7 without any apparent problems. Many of those election workers report that despite the successful testing the night before, the tabulators began experiencing problems reading ballots printed by the BOD printers within the first thirty minutes of voting on Tuesday, November 8, 2022.”

While Maricopa County officials acknowledged the technical problems, they claim that they put the  affected ballots in a lockbox.

Here is a message from Chairman Bill Gates and Recorder Stephen Richer with an update for @maricopacounty voters on Elections Day. pic.twitter.com/OkQczCklGb

But according to Wright’s letter, some of those ballots were not properly segregated.

Those ballots ended up being mixed with previously counted ballots, Wright says, making it impossible to know which votes were not tabulated.

As the issues raised relate to the county’s ability to lawfully certify the election results, the AG’s office is demanding that they receive the detailed report from Maricopa County before the deadline for the county to send its final numbers to the Secretary of State, which is November 28.

Eleven attorney observers who were covering the election also confirmed the problem and that it led to “voter suppression.”

On Nov. 8, the day of the midterm elections, 11 of the roving attorneys tasked with observing election processes in the Republican National Committee’s (RNC) Election Integrity program in Arizona collectively visited nearly 52% of the county’s voting centers, according to a memo sent to party officials and candidates by roving attorney Mark Sonnenklar and obtained by the Daily Caller News Foundation. The memo alleged that 72 of those 115 visited centers, or roughly 60%, saw “material problems with the tabulators not being able to tabulate ballots,” resulting in “substantial voter suppression.”

If they couldn’t vote, voters had to wait for another ballot for an hour or two according to their observations, which meant that some got frustrated and left. The roving attorneys reported “significant lines at 59 of the 115 vote centers” they collectively visited.

This voter who also was working the polls explained how things weren’t working.

Tabulators weren’t working at the other locations either

7PM: line was around the block

James doesn’t think this was a fair election pic.twitter.com/dAvb5djdhe

Cochise County GOP board members are also delaying their certification until Nov. 28 because of concerns about the machines.

With a problem with tabulators and Republicans more likely to vote on election day, it’s easy to see how that could result in a problem for the GOP. But if they can show problems with the segregation of ballots that raises even more issues. There were already concerns about the way that this took days to count and this just adds to the concerns.

President Joe Biden’s border agency has sent a small number of rescued Cuban migrants into a holding center at a U.S. base in Guantanamo Bay, Cuba, … END_OF_DOCUMENT_TOKEN_TO_BE_REPLACED

The White House reacted to news of widespread protests of coronavirus lockdowns in China, issuing a … END_OF_DOCUMENT_TOKEN_TO_BE_REPLACED

A glowing Washington Post review of “Downstate,” a play which attempts to sympathize with rapists … END_OF_DOCUMENT_TOKEN_TO_BE_REPLACED