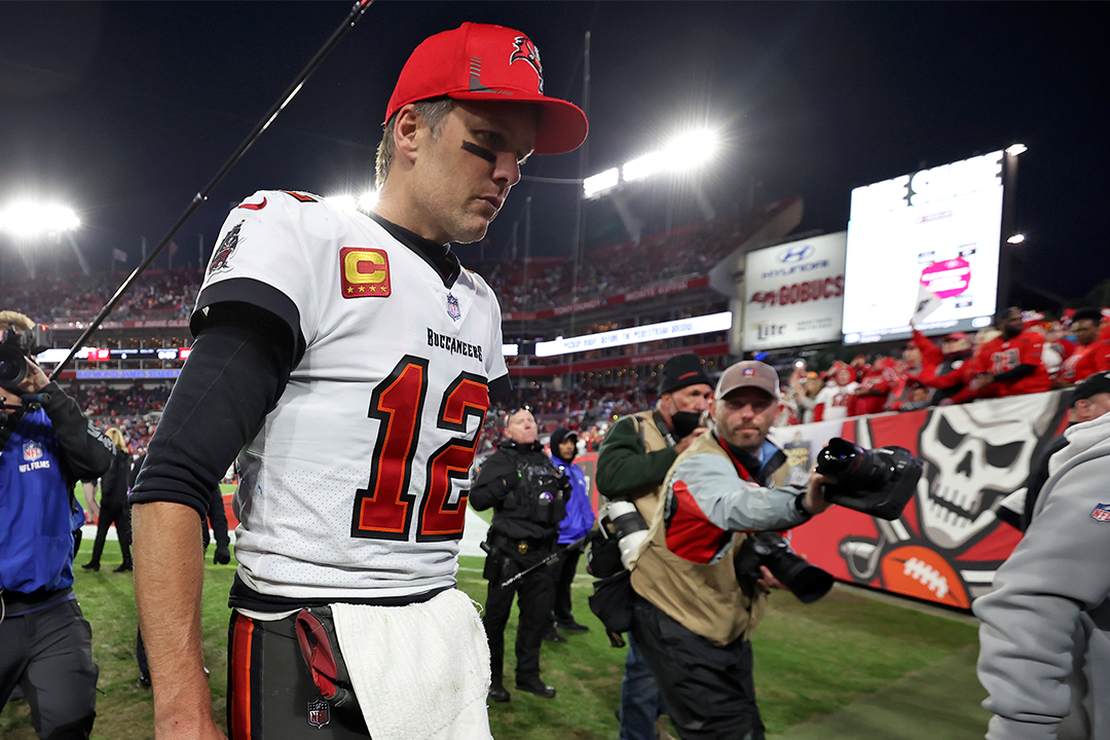 Some tough news Sunday for the Tampa Bay Buccaneers and their fans.

Cornerback Zyon McCollum is now being checked out for a potential concussion, after a hit during the team’s game against the Seattle Seahawks, which was played in Munich, Germany, on Sunday.

CB Zyon McCollum is now OUT for the remainder of the game. https://t.co/p3OyyYdEo9 pic.twitter.com/rj2n0nSYlb

The Tampa Bay Buccaneers will have to finish Sunday’s game in Munich against the Seattle Seahawks without one of their cornerbacks.

Rookie Zyon McCollum left the game in the first half, and after being evaluated for a concussion, has been ruled out for the rest of the game.

A fifth-round pick out of Sam Houston State, McCollum has seen some work on defense this year due to injuries, but spends most of his time on special teams when all three of the Bucs’ top corners are healthy.

RedState has previously written about concussions, including the terrifying brain injury Miami Dolphins quarterback Tua Tagovailoa suffered during his team’s game against the Buffalo Bills in late September, which my colleague Bob Hoge wrote about. Back in August, we also covered so-called “race-norming,” a despicable practice which is thought to be an excuse the NFL had used to make it tougher for Black retirees to receive care for potential concussions and other traumatic brain injuries they suffered while on the gridiron.

Back to the Buccaneers and McCollum. On a more positive note, one of his teammate–who happens to be the starting running back–got a lucky break, as the Bucs’ team bus was set to head to the airport to fly out. Leonard Fournette’s passport arrived just in the nick of time, according to a separate report by BucsWire:

Leonard Fournette almost missed the league’s first-ever regular season game in Germany, but his passport arrived just four hours before he had to board the team bus to the airport, per NFL Network’s Ian Rapoport and Tom Pelissero.

The report says Fournette’s passport was delayed in the mail due to weather, but arrived just in time for Tampa Bay’s leading rusher to make the overseas trip.

Early in the week, the fear was that #Bucs RB Leonard Fournette would miss the trip to Munich, but his passport arrived four hours before he boarded the bus to the airport.

Story from me and @TomPelissero: https://t.co/ZtPgwxEmWW

Even with the injury to their cornerback, and the close call for Fournette beforehand, the Bucs ended up prevailing against the Seahawks on Sunday during their first game in Germany, winning 21-16 in regulation play.

Florida woman Amanda Ramirez is suing Kraft Heinz Foods Company after her cup of microwavable macaroni and cheese took longer than 3.5 minutes to be … END_OF_DOCUMENT_TOKEN_TO_BE_REPLACED

China has been locking its citizens down for over two years under its zero-COVID policy, and it's becoming more and more clear that this isn’t just … END_OF_DOCUMENT_TOKEN_TO_BE_REPLACED

Famed comedian Jay Leno has struck again, but this time, no one's laughing. At least not heartily.As he has regularly for the last three decades or … END_OF_DOCUMENT_TOKEN_TO_BE_REPLACED

A recent report by CriticalRace.org found that 58 of the top 100 medical schools in the United … END_OF_DOCUMENT_TOKEN_TO_BE_REPLACED

Shelby County is a speck of blue in ruby-red Tennessee; one of just four counties to vote for … END_OF_DOCUMENT_TOKEN_TO_BE_REPLACED

Who knew that the free press was so anti-free speech? I mean, I guess we all did to some extent, but … END_OF_DOCUMENT_TOKEN_TO_BE_REPLACED