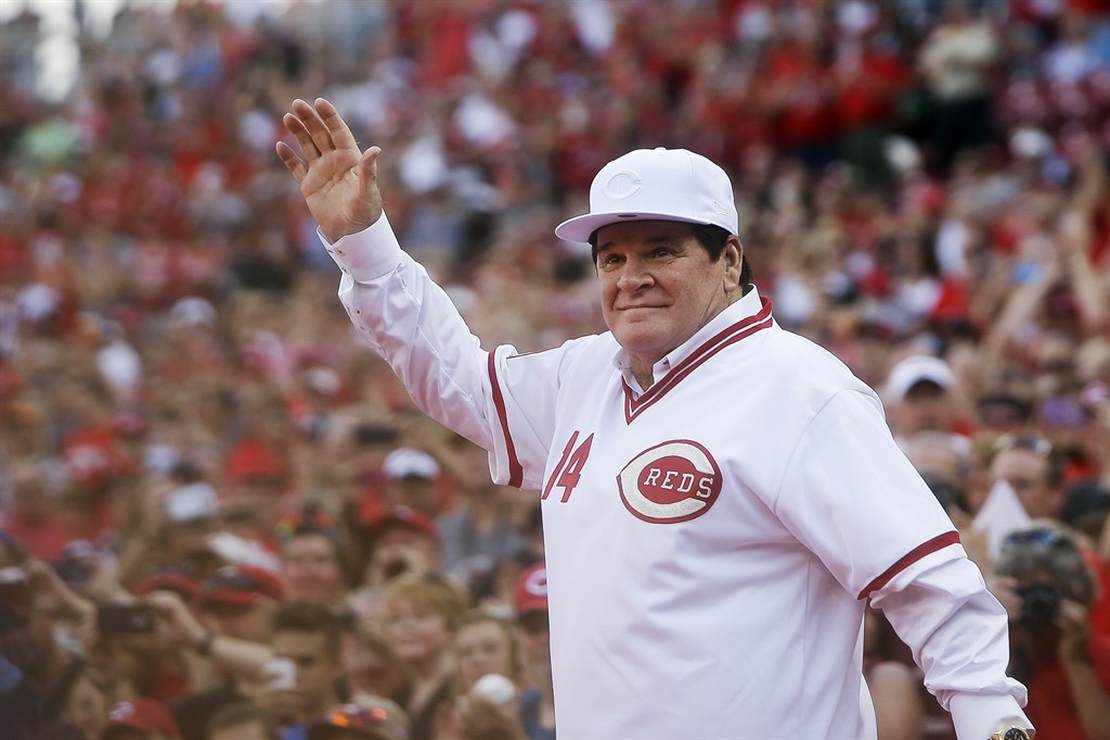 Long before the controversy over the Houston Astros cheating scandal roiled the baseball world, which most readers likely know – at least partly – involved banging on trash cans, there was another controversy. And few sports arguments are more fierce than the “Should he or shouldn’t he?” over whether former Reds manager and star player Pete Rose should gain entry to the Major League Baseball Hall of Fame.

For anyone who is unfamiliar with Rose’s travails, he’s long been barred from consideration on HoF ballots, since it was revealed he broke MLB rules by placing bets on baseball while the Reds’ manager. The commissioner at the time, Bart Giamatti, banned Rose from the sport–keeping him from managing or being an official part of any baseball front office.

To be fair, Pete Rose didn’t help persuade people he was truly sorry for his actions, when he spent years insisting he didn’t gamble on the Reds (as he once claimed in a bestselling memoir). He’s since admitted he did so.

Now, he’s making another attempt at redemption, according to TMZ, which exclusively reported on the renewed effort by the Hit King, who has written a new letter addressed to the commissioner of MLB, Rob Manfred.

Pete Rose is making a last-ditch effort in hopes of getting his Baseball Hall of Fame ban lifted … sending an incredibly emotional letter to MLB commissioner Rob Manfred this week to plead his case.

But, now that he’s 81 years old, Rose is pulling out all the stops in hopes of someday knowing what it feels like to be called a “Hall of Famer.”

TMZ Sports has obtained a copy of the Hit King’s message (which was sent to MLB offices on Monday) … and it’s powerful stuff.

The full letter, under a banner reading “Pete Rose,” is below (or you can read it here):

Pete Rose has sent a letter to Rob Manfred to be forgiven by Major league baseball. Gambling/betting is now intertwined with sports. @MLB Let this man in and give him a second chance! Pete Rose for the Hall of Fame! @baseballhall #peterose #MLB #manfred #HOF pic.twitter.com/SxyQjI7DgC

“I am writing today for three reasons,” Rose said in the letter. “First, because at my age I want to be 100% sure that you understand how much I mean it when I say that I’m sorry. Second, to ask for your forgiveness. And third, because I still think every day about what it would mean to be considered for the Hall of Fame.

“Besides spending time with my kids and my partner, there’s nothing that made me happier than playing baseball in front of fans. That I let them down and brought shame to the sport we all love is something I think about every single day.

You can’t imagine how painful it is when I see my teammates from all the great teams I played on and players I played against go about their lives in ways I wanted to. I want to be a part of that too and I know I probably never will. I am so grateful for the time I shared with them on and off the field. Nothing replaces it.

I am asking for your forgiveness,” Rose concluded. “Despite my many mistakes, I am so proud of what I accomplished as a baseball player — I Am the Hit King and it is my dream to be considered for the Hall of Fame. Like all of us, I believe in accountability. I am 81 years old and know that I have been held accountable and that I hold myself accountable. I write now to ask for another chance.”

As someone who grew up in a family of diehard Reds fans, it’s best if I stay out of the controversy involving Pete Rose; I hope to be welcomed by family, if I end up spending part of the holidays with family in the (Cincinnati) Tri-State area. But my colleague and RedState cartoonist/avid sports observer Jim Thompson wrote something about this topic, when reporting on the Hall of Fame class of 2021 last December. It had some great commentary on who should and shouldn’t be eligible for inclusion in the top honor in all of Major League Baseball. For context, in December the baseball writers rejected both Barry Bonds and Roger Clemens, who were in their last year of eligibility for entry:

Should Bonds or Clemens have been voted in? The baseball writers who induct players have answered with a lukewarm “No.” Some voted for both, but enough left both off their ballots. I am loathe to agree with baseball writers.

Florida woman Amanda Ramirez is suing Kraft Heinz Foods Company after her cup of microwavable macaroni and cheese took longer than 3.5 minutes to be … END_OF_DOCUMENT_TOKEN_TO_BE_REPLACED

China has been locking its citizens down for over two years under its zero-COVID policy, and it's becoming more and more clear that this isn’t just … END_OF_DOCUMENT_TOKEN_TO_BE_REPLACED

Famed comedian Jay Leno has struck again, but this time, no one's laughing. At least not heartily.As he has regularly for the last three decades or … END_OF_DOCUMENT_TOKEN_TO_BE_REPLACED

A recent report by CriticalRace.org found that 58 of the top 100 medical schools in the United … END_OF_DOCUMENT_TOKEN_TO_BE_REPLACED

Shelby County is a speck of blue in ruby-red Tennessee; one of just four counties to vote for … END_OF_DOCUMENT_TOKEN_TO_BE_REPLACED

Who knew that the free press was so anti-free speech? I mean, I guess we all did to some extent, but … END_OF_DOCUMENT_TOKEN_TO_BE_REPLACED