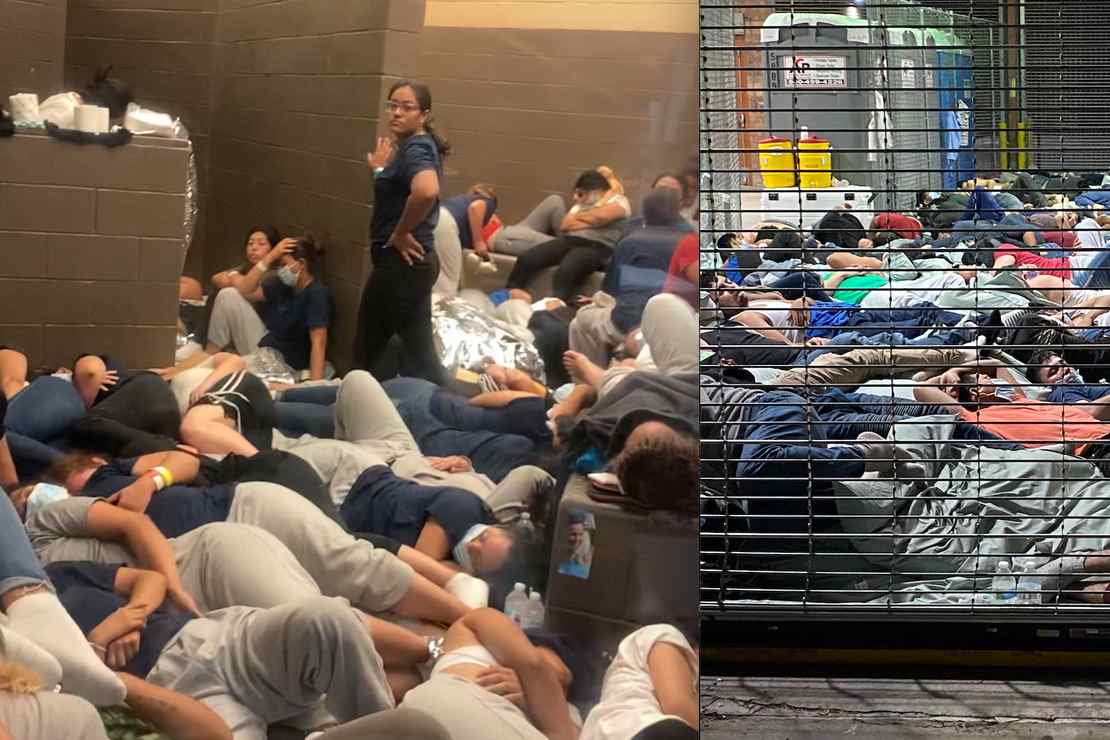 As they drape themselves with good works did the residents of Martha’s Vineyard reward themselves?

The episode involving the 50 immigrants transported to Martha’s Vineyard by the motivation of Florida Governor Ron DeSantis has led to all manner of furor and hysteria, with facts becoming a transitory property. The media in particular have been especially intent on mischaracterizing most aspects of this story, with the most glaring being that while calling the DeSantis move an inhumane act they need to ignore Joe Biden committing these same types of flights across the country for a year.

We have to believe that moving 50 people to the Cape is a human rights violation but Biden sending nearly 100 flights into Florida alone is nothing to acknowledge.

But as the press went through these paroxysms of outrage, a major paradox took place. The press was trying to tell us that sending arrivals to the lush and opulent isle of affluence was immoral because of the lack of facilities contained therein. (This narrative needed to survive by pretending that thousands of immigrants huddled beneath a highway overpass in Texas was a preferable experience for them.) But as this sales pitch was delivered the residents of Martha’s Vineyard were sharing videos of them catering to the immigrants.

This was a great sign, no argument. But just as the local largesse was being realized two more contradictions emerged. After only two days these immigrants were – wait for it – shipped out. The group was gathered and sent over to another facility on Cape Cod. They were transported to another region after we were assured for days that transferring these same people to another region was human trafficking. Then we learn that the generosity on the island was compelled.

A GoFundMe was established “to help Martha’s Vineyard migrants.” To date, the effort has gathered $39,000. This, for two days of shacking up 48 undocumented arrivals. This totals out to over $800 per individual. That is enough to put them all up in a hotel room, with room service for their brief stay. The inhumanity of it all.

Given the expedient fashion that the immigrants have been trafficked out to–…that is, humanely transferred to an alternate location, the fundraising is still in effect:

You are welcome to still give to support the MV Community Foundation and its ongoing work, but any donations as of 11 AM today will go to shoring up the organizations that provided assistance over the past few days and to building up a reserve to assist situations like this in the future, rather than directly helping this group of migrants and their situation.

Consider the media response and the attempted backlash on Republican governors over the transport of a few dozen immigrants. There was a decidedly less intense reaction when another story of close to the same amount of these arrivals was recently reported. Note the lack of this kind of intensity when 53 immigrants were discovered dead in the back of a semi in San Antonio.

Well, if getting the attention of the privileged set on the Vineyard can motivate some better federal enforcement at the border than that tragedy I suppose that is a win. The fact that the press has been exposed with skewed priorities on the immigration issue at large helps explain why the problem faced has seen so little effective action taken.

A libertarian group filed a lawsuit on Tuesday challenging the legality of the Biden administration’s federal student loan forgiveness plan. The group … END_OF_DOCUMENT_TOKEN_TO_BE_REPLACED

When we last left Congressional representative Katie Porter (D-CA), RedState revealed that she benefited from lower-cost housing in the high-rent … END_OF_DOCUMENT_TOKEN_TO_BE_REPLACED

With a tempest bearing down on Florida Politico tries a pre-emptive hit on Governor DeSantis and drowns in failure. The press sometimes just cannot … END_OF_DOCUMENT_TOKEN_TO_BE_REPLACED

While normal people are watching the approach of Hurricane Ian towards Florida with dread, the national press seems downright excited that they might … END_OF_DOCUMENT_TOKEN_TO_BE_REPLACED

New York City has historically been the American city with the most gun control. Not only does state law hold there, but the city has its own brand of … END_OF_DOCUMENT_TOKEN_TO_BE_REPLACED

NASA successfully crashed a spacecraft into an asteroid Monday, in a demonstration of “the world’s … END_OF_DOCUMENT_TOKEN_TO_BE_REPLACED

Among the many anti-gun bills recently signed by California Gov. Gavin Newsom was a measure aimed at … END_OF_DOCUMENT_TOKEN_TO_BE_REPLACED

President Biden continues to look weak in front of world leaders. This is not only a bad look for … END_OF_DOCUMENT_TOKEN_TO_BE_REPLACED

In a court filing on Tuesday morning, the Pacific Legal Group filed the first lawsuit against the … END_OF_DOCUMENT_TOKEN_TO_BE_REPLACED