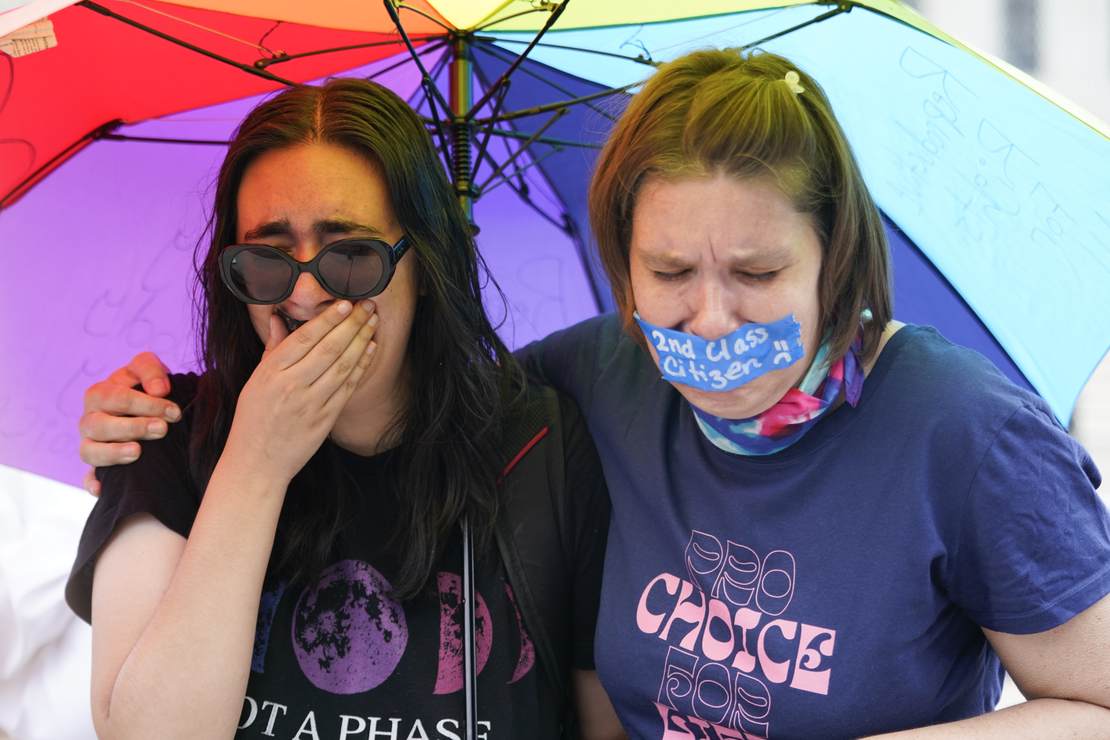 So, why the above differences between America’s two major political parties?

If the Democrat Party actually told its supporters the truth, if Democrats ran on facts, they not only would never win the White House again; they’d have a difficult time winning Senate seats in the majority of states, and would likely only win House seats in the most radical of congressional districts.

Now, the issue at hand: on-demand abortion, the U.S. Constitution, the Supreme Court, the overturn of Roe v. Wade, and the left’s predictable histrionic meltdown in the aftermath of the Roe overturn.

Speaking of histrionic meltdowns in the aftermath of Roe, New York Times editorial board member Mara Gay in a Saturday editorial declared, completely devoid of reality:

Republicans want to punish women for having sex.

Who knew? The last time I checked, lefties like Rosie O’Donnell have announced that they are going on a sex strike against men who refuse to get a vasectomy until Roe is overturned — and Rosie is a lesbian.

Back to terribly misguided and woefully misinformed Mara Gay.

In her editorial, titled “The Republican War on Sex,” Gay wrote that while she wants to one day become a mother, she now has sex “just for fun” because she likes it. “Sex is fun,” she declared; all of which is a universal view held by most people. Predictably, Gay uses her “Sex is fun” declaration as a platform from which to dive into dot-connecting absurdity.

“For the puritanical tyrants seeking to control our bodies, that’s a problem,” Gay wrote. Really? While I am a constitutional conservative, I am not only not a puritanical tyrant; I really enjoy— oh, never mind, you get the point. And on Gay spewed:

This radical minority, including the right-wing faction on the Supreme Court, probably won’t stop at banning abortion. If we take Justice Clarence Thomas at his word — and there’s no reason not to — the right to contraception could be the next to fall.

Why? Because many in this movement are animated by an insatiable desire to punish women who have sex on our own terms and enjoy it.

How do I say this tactfully? What a complete crock of crap. Zero basis in fact; instead laden with irrational emotional dot-connecting that could not be further from the truth. I know oodles of conservatives, many of them on a personal basis, Ms. Gay, and I am unaware of even one of them with an “insatiable desire to punish women who have sex on [our] own terms and enjoy it.”

However, the strong majority of those conservatives — men and women alike — are opposed to on-demand abortion used as birth control, now including abortion [murder] up until the moment of birth.

Ray ridiculously continued making up crap as she went. (Emphasis mine):

A radical minority of Americans wants to make an example of women who have sex outside marriage, women who compete with men in the workplace, women who are independent and who cannot be controlled.

That’s part of why birth control is likely their next target. That’s why the same movement that claims to care about babies is so uninterested in the health and lives of the people who bring them into this world, and so hostile to the policies that would support those children and their families after they are born.

Let’s see: No, no, no, and no. We radical Americans do care about babies — including unborn babies who are murdered — and we do care about the health and lives of “people who bring them into this world,” (Is she avoiding the dreaded “W” word? Probably not a biologist) and we do support all children and their families, regardless of when any child is born.

Gay repeatedly boasted about how she practices safe sex, as if the universally responsible practice somehow qualifies her to spew made-up nonsense and connect dots that are simply not connectible.

One reason I practice safe sex is thanks to that comprehensive, humane sex education. Another is the basic self-respect that comes from growing up in an America that, while imperfect, has come to view women as equal citizens and human beings.

It’s clear that a radical minority in the United States — from the right-wing zealots on the Supreme Court to a group of sexually illiterate politicians who clearly weren’t paying attention in health class — sees us differently.

Those right-wing zealots, Gay failed to say — because she is incapable of understanding it — Justices Clarence Thomas, Samuel Alito, Neil Gorsuch, Brett Kavanaugh, and Amy Coney Barrett corrected the Court’s incorrect 1973 majority opinion that abortion, even as so-called women’s health care, is (was) a constitutional right. It was never intended to be protected by the Constitution.

With the overturn of Roe, health care issues, including abortion, have been properly returned to the states, where state officials, elected by the residents of each state, are vested with the authority to make such decisions. Leftists like Mara Gay refuse to accept reality because they are willfully uninformed, based solely on their selfish desire to abort (kill) “inconvenient” babies at will. Heady stuff, but true.

This movement has relegated the women of this country to second-class citizenship, stripped us of autonomy over our own bodies and denied us essential health care.

Now the people behind it are betting that our sense of hopelessness will paralyze us, allowing them to carry out their repressed vision of America without resistance.

But there are more of us than there are of them. That’s especially true if American men recognize that their way of life is also under attack. Men also have sex for pleasure. This is not just a women’s issue.

Ironically, Gay’s last sentence — “This is not just a women’s issue” — could not be more true.

The sanctity of life is a moral issue. Moral issues are not the sole property of women. What could be more immoral than murdering a healthy, full-term little boy or girl, minutes before he or she would morally enter the world and all that his or her emergence entails? On that point, moral men and women agree.

Sex for pleasure is universal, Ms. Gay; gender is irrelevant.

The on-demand killing of the most helpless among us is not. 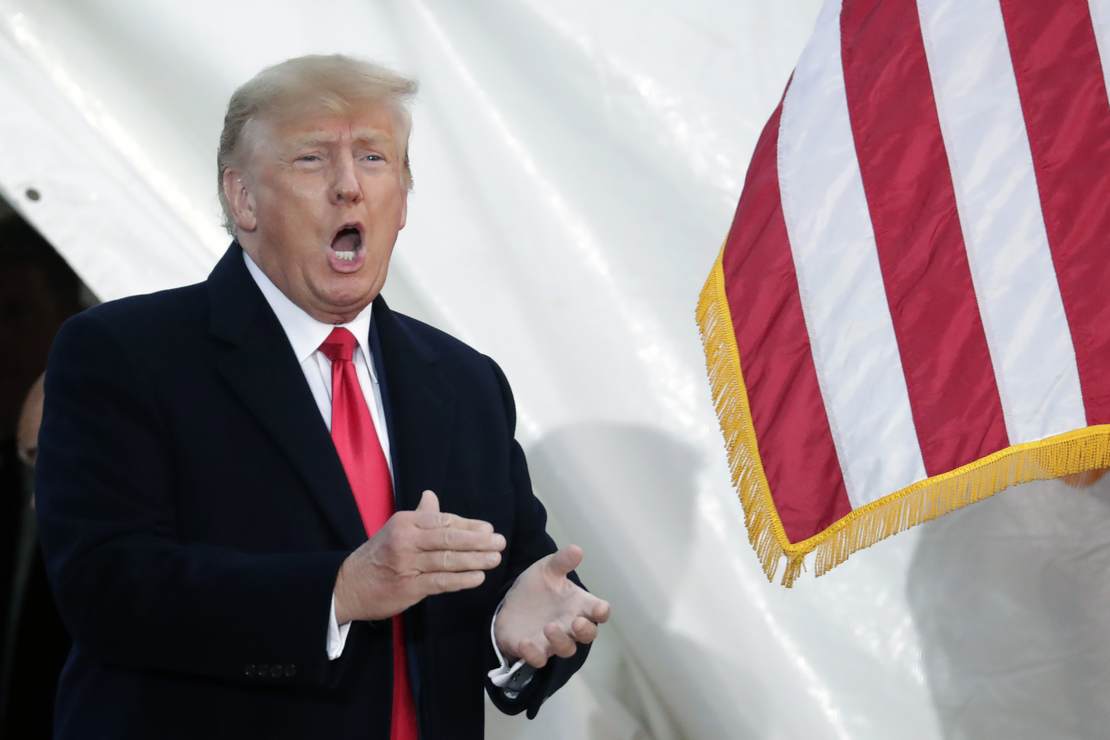 On Thursday and Friday, several new polls were released showing the tenuous position of the Democrat Party heading into November’s elections. Far from seeing a game-changing rebound due to the overturning of Roe v. Wade, that status quo appears to have been preserved, with Republicans holding a modest lead on the generic ballot in each of the last three surveys.

Biden’s approval numbers are even worse news for Democrats, with the president falling below 30 percent in key states like Nevada. Historically, a second-year president this down in the dumps is a huge drag on their party for the first midterm, and as I’ve said before, there’s no reason to believe things will be different this go around.

With that said, there’s a new “hope and cope” spreading: That Donald Trump will declare a 2024 run and sink Republicans in 2022.

Midterms are generally referenda on the president; that’s why Democrats are on track to have a bad time.

If Trump jumps in and becomes the dominant story, the midterms could become a proxy for Biden vs. Trump. That’s not a great shift for the GOP. https://t.co/K48VqwHCGK

There are a lot of things to be skeptical of here, from Maggie Haberman’s report to the implications of the report even if it’s true.

For example, there’s little reason to believe Trump is actually going to declare before the midterms. Some seem to believe he will as a way to put pressure on the DOJ over a possible criminal indictment. The logic goes that if Trump is officially a candidate for 2024, he can point and say “This is all politics.”

I find that a little too clever by half, though. The DOJ is not going to back off because Trump makes a political complaint, and any prosecution based on the flimsy rationale delivered by the January 6th committee would receive large-scale backlash either way. The former president also understands marketing, and he knows that keeping his options open well into 2023 is the best thing to keep the hype train rolling. In short, I don’t think Trump is going to blow his big announcement on an ineffective, desperate-looking attempt to undercut Merrick Garland.

Still, even if Haberman’s report is true and Trump jumps into the race this early, I see no evidence it will affect the midterms. Democrats have been playing that game for the last year and a half, and it’s failed miserably, from Virginia to Texas. Trump is baked into the cake at this point, and that includes the idea that he’ll run again. Besides, Biden himself is not on any ballot in November, and it’s tough to make something a referendum between two people who aren’t running for office.

Then there’s the actual issue-level stuff to consider. Under Trump, the average gas price was a little over $2 a gallon. Inflation was low and Russia wasn’t invading Europe. Retirements weren’t being lost in the stock market. It would seem rather ridiculous to suggest that people will vote for Democrats in 2022, ignoring all of the current failures, because they are really scared of Trump who…delivered good results?

In short, the take that an early formation of Trump 2024 is somehow going to be a big drag on Republicans in 2022 just makes no sense. It’s the epitome of a too-inside-the-beltway take that believes people care more about January 6th than high grocery prices.

‘Zackly. What could possibly go wrong? Moreover, it’s not like some of us haven’t predicted it from the very beginning. TikTok, the popular … END_OF_DOCUMENT_TOKEN_TO_BE_REPLACED

The New York Times reports that police are seeking a 22-year-old white man in connection with the July 4 Highland Park attack. The individual is … END_OF_DOCUMENT_TOKEN_TO_BE_REPLACED

We’ve seen a lot of the left losing their minds over the Supreme Court’s decision to overturn Roe v. Wade while Democratic lawmakers have done all … END_OF_DOCUMENT_TOKEN_TO_BE_REPLACED

It’s difficult to be impressed by anything the Biden-Harris Administration is up to these days, but … END_OF_DOCUMENT_TOKEN_TO_BE_REPLACED

There are 91 U.S. military veterans in the 117th Congress: 17 serve in the Senate, 74 serve in the … END_OF_DOCUMENT_TOKEN_TO_BE_REPLACED

Happy Independence Day, Americans! On today’s podcast, I talk about one of the greatest recent … END_OF_DOCUMENT_TOKEN_TO_BE_REPLACED

Progressives accuse conservatives of single-handedly killing American democracy. And unless you are … END_OF_DOCUMENT_TOKEN_TO_BE_REPLACED