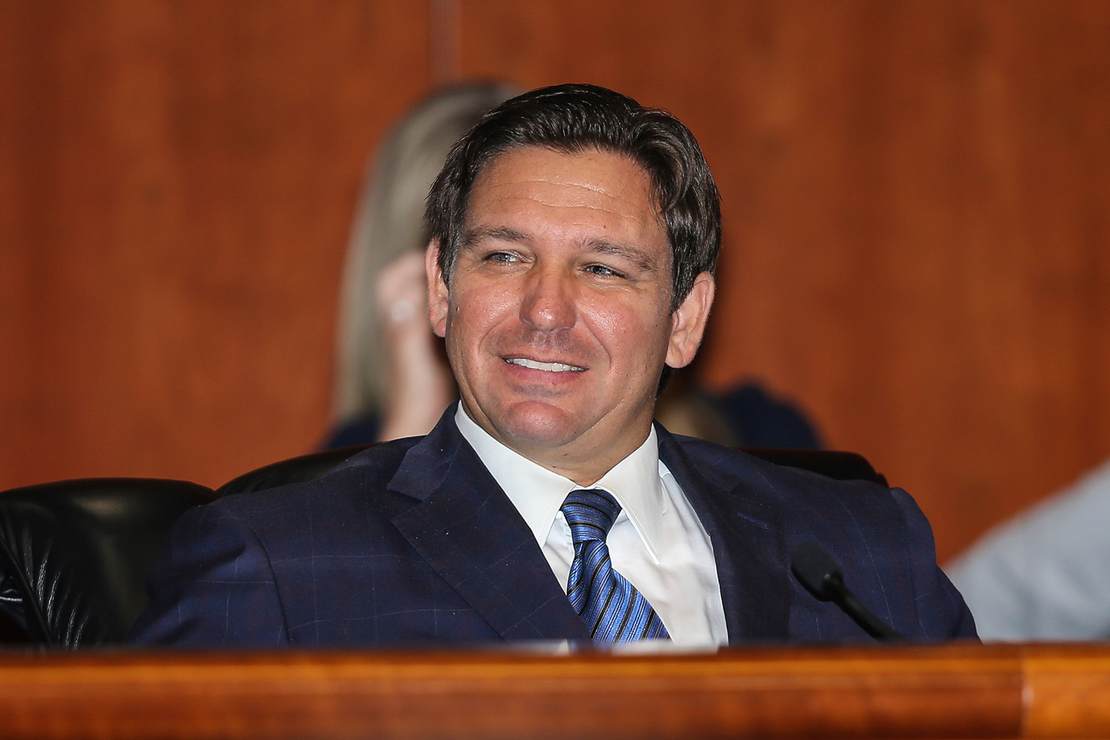 You knew it was coming. After Gov. Ron DeSantis sent two flights of illegal aliens to Martha’s Vineyard, it was just a matter of time before the press tried to tie it to Russia.

Sure enough, a new “report” is alleging that the company contracted for the flights has nefarious ties to the Kremlin. Is that reality? Well, as an FAA-certified commercial pilot and flight instructor, I’ve got some thoughts.

NEWS: The little-known aviation company awarded the migrant “relocation” contract by the DeSantis administration purchased 6 helicopters from the Russian government in 2018 for $42 million. Other significant business with Kremlin-adjacent companies. https://t.co/YFjdncOU26

Sounds awful, right? Clearly, VSC, the company in question, are secret Russian agents and DeSantis only used them because he’s a Putin-stooge. But let’s go through this because it’s obvious the “reporter” here simply has no idea what he’s talking about.

Other bills of lading, however, show that VSC has imported helicopters directly from Russian government-owned corporations.

On December 13, 2018, VSC imported into the Destin Executive Airport six helicopters from the Ulan-Ude Aviation Plant in Russia’s Far East district of Buryatia. The total price of the transaction was $48 million according to the bill of lading. The document includes a description of the products shipped in Cyrillic which translates to, “HELICOPTERS: WITH MORE THAN 2000 KG EMPTY WEIGHT, CIVIL.”

The first thing to note here is…so what? The purchase was made in 2018, long before Russia was put under any sanctions related to the war in Ukraine. So right there, this entire hit piece falls flat on its face.

Still, I find the details of this hilarious. VSC is a government contractor that also does flight training. Now, ask yourself why they might import eight Russian helicopters. Could it be because they do flight training that they were contracted through the federal government since the United States can’t just go out and buy Russian helos themselves? That’s speculation on my part, but it makes a whole lot more sense than the idea that there’s anything nefarious going on here.

Of course, even if the helicopters were imported simply for domestic use as cargo and passenger aircraft, so what? The most popular general aviation airplane in the country right now is made by Cirrus, a Chinese-owned company. There would be nothing odd about operating Russian-made helicopters back in 2018 (or even today). There are aircraft all over the sky right now made in all different countries, and there are specialized markets for different makes and models depending on the job and clientele. That doesn’t mean anything. In fact, I checked the registration database, and VSC has owned many American-made helicopters as well.

But my favorite part of the report is this.

VSC’s equipment, much of it imported from Russia or Ukraine, has a history of faltering. A 2011 National Transportation Safety Board (NTSB) review found that a VSC fixed-wing aircraft crashed into a field after experiencing a “total” loss of engine power. The pilot, “heard a loud, ‘metal-on-metal’ sound,” the NTSB reported.

“The engine vibrated violently, and it subsequently quit completely. The airplane was force landed in a farm field and nosed over in the soft terrain.” The three people aboard the plane were not injured. The plane suffered substantial damage.

I’m sorry, I need a minute because I can’t stop laughing. This absolute moron of a “reporter” is attempting to suggest that because VSC has imported equipment from Russia, an engine-out in 2011 was somehow related to that.

Engine-outs are rarely the “fault” of anyone, and they happen to equipment made by all countries. There are thousands of cases of engines quitting on American-made Cessnas, for example. That’s an inherent risk of flight, much more so when dealing with single-engine, piston-driven aircraft (which the plane in question was) where you don’t have a second engine to get you back to a runway. Besides, one engine-out over an eleven-year period for an outfit is not that unusual. It could happen to any company if they fly often enough.

Everything about this story is yellow journalism. It’s meant to paint a picture based on slivers of information that don’t begin to tell the whole story. And how is any of what is reported relevant anyway? Is the claim really that DeSantis purposely contracted this company because it bought helicopters from Russia once? It’s just asinine and insane. But that’s the modern press in a nutshell.

Ah, you have to love it when pomposity gets punctured. If there ever was a face of that very concept, it would likely be Chris Wallace. Wallace fled … END_OF_DOCUMENT_TOKEN_TO_BE_REPLACED

Kurt Bardella, who indicates that he is a Democratic strategist, posted a tweet on Monday suggesting … END_OF_DOCUMENT_TOKEN_TO_BE_REPLACED