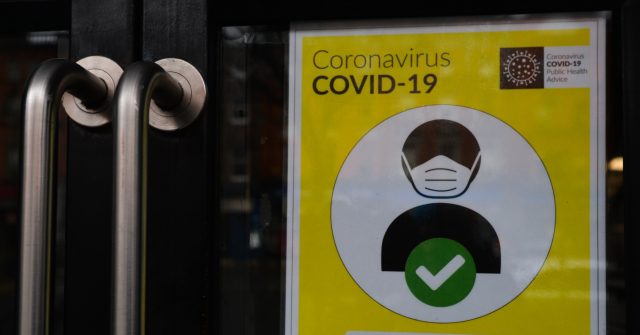 In a ruling delivered on Monday, Ireland’s Workplace Relations Commission compared an employee’s failure to wear a mask and follow COVID restrictions to “workplace assault”.

An employee’s failure to wear a mask or follow a number of other COVID-19 lockdown rules can be compared to “workplace assault”, according to a ruling by Ireland’s Workplace Relations Commission (WRC) published on Monday.

The quasi-judicial government body made the comparison between the two while ruling on a case involving an employee of a migrant “direct provision” centre being dismissed for failing to adequately follow COVID-19 rules.

According to a report by the Irish Times, the WRC found in favour of the employer, and that — while employee Siarhei Klimasheuski had argued that the nature of the COVID restrictions were only expressed to him in English, and not in Russian, which he can understand better — the worker had indeed had the restrictions explained to him in both English and Russian.

By extension, the WRC official in charge of the ruling concluded that the worker’s failure to follow directions regarding the wearing of a mask, the enforcing of social distancing, as well as a host of other instances justified his dismissal.

“Any one of these failures to act could have resulted in the transmission of the virus within the centre,” the ruling made by the official on behalf of the state body reportedly reads.

“I am satisfied that these actions were acts of gross misconduct akin to a workplace assault on a colleague or resident, because in a way that is exactly what it was,” the statement went on to say.

The WRC ruling comes after almost two years of hardline COVID restrictions in Ireland, with the country at times experiencing some of the harshest lockdown rules in the world, which at times included bans on public and private religious services.

While things have since calmed down restriction-wise in the republic, officials within the government have once again hinted that draconian anti-COVID rules could soon be brought back into force.

“You couldn’t rule [the reintroduction of mask mandates] out,” said the country’s health minister earlier in the month in response to a question on whether forced masking could return to the country, with the ruling official saying that “you can never say never”.

To make matters worse, officials in the country are also reportedly considering the possibility of imposing COVID-style lockdown rules to curb energy usage should the country be faced with fuel shortages as a result of ongoing hostilities with Russia.

After the details of the meeting were leaked to the public, at least one senior official linked to the session emphasised that these measures were very unlikely to ever be imposed.

“While it remains highly unlikely that we will experience a reduced supply of fuel, it is prudent that we and Government engage in emergency planning,” Kevin McPartlan, the CEO of Fuels for Ireland, was reported as saying.

Welcome back. Let’s do a roundup of what the situation looks like 128 days into Vladimir Putin’s 72-hour Special Military Operation against … END_OF_DOCUMENT_TOKEN_TO_BE_REPLACED

Does Joe Biden care about struggling Americans who are watching their paychecks disappear at the pump? On CNN, such a question was put to Biden … END_OF_DOCUMENT_TOKEN_TO_BE_REPLACED

With the overturning of Roe v. Wade and the nuking of the non-existent “constitutional right” to … END_OF_DOCUMENT_TOKEN_TO_BE_REPLACED

In our modern era, everything is political. Case in point: the Bank of Scotland’s Halifax bank. … END_OF_DOCUMENT_TOKEN_TO_BE_REPLACED