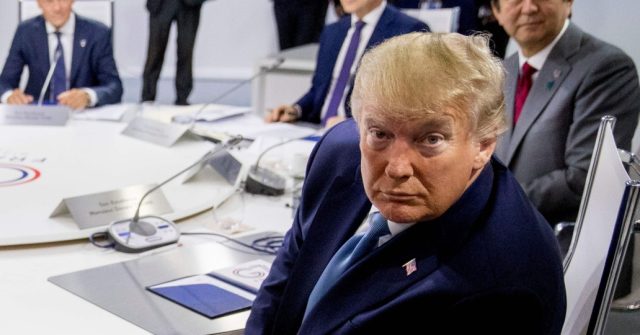 A potential cutting-off of Russian gas would lead to recession and “chaotic conditions”, various German officials are now warning.

Former U.S. President Donald Trump’s warning that Germany’s addiction to Russian gas would have extremely negative long-term consequences appears to have been proven prophetic, with officials in the country now warning of “chaotic conditions” and severe economic recession should they lose access to Moscow’s supply.

The warnings come as Germany starts to fret that when the Kremlin turns off gas on July 11th to do annual maintenance on the gas line between the two countries, Russian authorities will use technical problems as an excuse so as not to turn the supply back on again — a move that would reportedly see the German economy tank by around €200 billion within six months.

According to various European and German news sources, the country’s officials are now firefighting regarding the possible worsening of the already severe gas crisis which has seen one major energy company enter existential financial difficulty.

In response to the financial problems such a loss of gas will cause, POLITICO is reporting that the German government is now looking to pass emergency legislation imposing a financial levy on all energy companies — whether they are involved in Russian gas imports or not — to split the costs of rising prices in an attempt to keep infrastructure afloat.

Such a move would be an alternative to simply passing on the costs of higher energy to the end-user, a move that some in the industry warn would simply result in people being unable to pay their bills, subsequently causing local energy suppliers to collapse.

“That could lead to chaotic conditions on the energy market, which would definitely get the entire energy industry in trouble and would endanger the security of supply from the ground up,” Der Spiegel reports Ingbert Liebing, general manager of the Association of Municipal Companies, as saying.

Issues surrounding the purely economic elements of the crisis are far from the only ones to arise, with warnings that a sudden loss of gas in the country would be extremely difficult to reverse on the local level due to safety mechanisms within home boilers.

According to a separate Der Spiegel report, a loss of supply would result in a fuse being triggered in hundreds of thousands of boilers across the country — fuses that could only be reset by trained professionals, a process that would take a significant amount of time thanks to strain such an event would put on tradesmEn in the sector.

“The moment the pressure in the gas network in a region falls below a certain minimum, the fuse in hundreds of thousands of gas boilers would suddenly kick in,” Klaus Müller, who serves as President of the Federal Network Agency, is reported by the publication as saying.

“They would have to be manually activated again by trained specialists if gas was available in the region again,” he continued. “Nobody can want such a scenario because it would take a very long time to restore the gas supply.”

As a result, Müller reportedly emphasised that if the supply of gas were threatened, German industry would need to be cut off first to ensure local supplies did not drop below the fuse threshold.

Such a prioritisation would likely be extremely painful for the German economy, however, with economic and climate minister Robert Habeck warning that cutting off such industry — something he himself has committed to do in the event of the Kremlin cutting Germany off from its supply of gas — would have massive knock-on effects for average Germans.

“Companies would have to stop production, lay off their workers, supply chains would collapse, people would go into debt to pay their heating bills, that people would become poorer,” Habeck said regarding the eventuality. 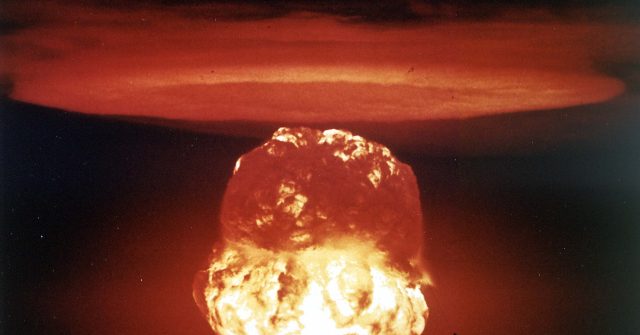 A laboratory manufacturing the illegal narcotic ecstasy (MDMA) was discovered on a Belgian NATO base that houses nuclear weapons, with two people arrested in the case, according to prosecutors.

A spokeswoman for the prosecutor’s office of the Belgian province of Limburg stated that the two people arrested were not employees of the NATO military base and were released after being questioned.

“On Wednesday, June 22, 2022, the local police of the Kempen discovered a synthetic drugs laboratory, located on the military domain (NATO) in Peer,” the prosecutor’s office said in a statement, French newspaper Le Figaro reports.

The prosecutor’s office added that the drugs lab “was dismantled by the specialized services of the Federal Police, in collaboration with the National Institute of Criminology (NICC) and the Civil Protection.”

According to Le Figaro, the location of the base is an area popular with drug traffickers as it lies between Antwerp and the German Ruhr area.

The Kleine-Brogel base is part of a number of NATO bases across Europe that house nuclear weapons that belong to the United States armed forces, with Belgian MP Samuel Cogolati claiming as many as 10 to 20 warheads were stored at the base in 2019.

NATO leaders, meanwhile, met this week in Madrid for a summit as the Russian invasion and war in Ukraine continue with fighting largely taking place in the east of the country.

Nuclear weapons remain in the background of the conflict but fears still exist that such weapons could be deployed as rhetoric from some in Russia has been tense.

KYIV, Ukraine (AP) – The latest in a litany of horrors in Ukraine came this week as Russian firepower rained down on civilians in a busy shopping mall far from the front lines of a war in its fifth month.

The timing was not likely a coincidence.

While much of the attritional war in Ukraine’s east is hidden from sight, the brutality of Russian missile strikes on a mall in the central city of Kremenchuk and on residential buildings in the capital, Kyiv, unfolded in full view of the world and especially of Western leaders gathered for a trio of summits in Europe.

Were the attacks a message from Russian President Vladimir Putin as the West sought to arm Ukraine with more effective weapons to bolster its resistance, and to set Ukraine on the path to joining the European Union?

Kyiv Mayor Vitali Klitschko suggested as much when missiles struck the capital on June 26, three days after EU leaders unanimously agreed to make Ukraine a candidate for membership.

It was “maybe a symbolic attack” as the Group of Seven leading economic powers and then NATO leaders prepared to meet and apply further pressure on Moscow, he said. At least six people were killed in the Kyiv strike, which pummeled an apartment building.

The former commanding general of U.S. Army forces in Europe, retired Lt. Gen. Ben Hodges, went further in connecting the attack and the meetings. “The Russians are humiliating the leaders of the West,” he said.

A day after the Kyiv attack, as G-7 leaders met in Germany to discuss further support for Ukraine during their annual summit, Russia fired missiles at a crowded shopping mall in the central Ukrainian city of Kremenchuk, killing at least 19 people.

The timing of both attacks appeared to be juxtaposed with the European meetings of U.S. President Joe Biden, British Prime Minister Boris Johnson, German Chancellor Olaf Scholz and French President Emmanuel Macron, all supporters of Ukraine.

Defying the evidence, Putin and his officials deny that Russia hit residential areas. Putin has denied that Russian forces targeted the Kremenchuk mall, saying it was directed at a nearby weapons depot. But Ukrainian officials and witnesses said a missile directly hit the mall.

It was hardly the first time that bursts of violence were widely seen as signals of Moscow’s displeasure. In late April, Russian missiles struck Kyiv barely an hour after Ukrainian President Volodymyr Zelensky held a news conference with visiting U.N. Secretary-General Antonio Guterres.

“This says a lot about Russia’s true attitude toward global institutions,” Zelensky said at the time. Kyiv’s mayor called the attack Putin’s way of giving the “middle finger.”

The Russian president recently warned that Moscow would strike targets it had so far spared if the West supplied Ukraine with weapons that could reach Russia. If Kyiv gets long-range rockets, Russia will “draw appropriate conclusions and use our means of destruction, which we have plenty of,” Putin said. 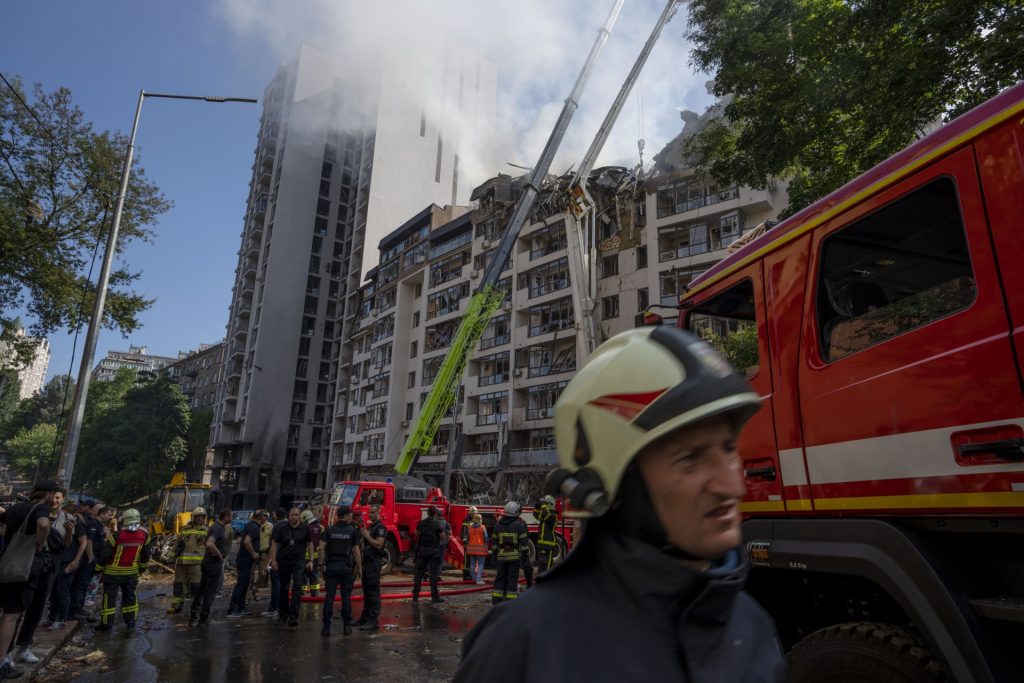 Firefighters work at the scene of a residential building following explosions, in Kyiv, Ukraine, June 26, 2022. While much of the attritional war in Ukraine’s east is hidden from sight, the brutality of Russian missile strikes in recent days on the mall in the central city of Kremenchuk and on residential buildings in the capital, Kyiv, were in full view to the world and especially to Western leaders gathered for a trio of summits in Europe. (AP Photo/Nariman El-Mofty, File)

On Friday, a day after Russian forces made a high-profile retreat from Snake Island near the Black Sea port city of Odesa following what Ukraine called a barrage of artillery and missile strikes, Russia bombarded residential areas in a coastal town near Odesa and killed at least 21 people, including two children.

While Russia’s messaging can be blunt and devastating, Ukraine’s signals under Zelensky have focused daily on seeking to amplify Moscow’s cruelty to a world that day by day risks becoming weary of the war.

If interest fades, the concerted support seen at global summits could fade, too. and with it the urgency to deliver the heavier weapons that Ukraine craves.

Zelensky tends to pair pleas for more help with reminders that all of Europe ultimately is at stake.

He described the mall attack as “one of the most daring terrorist attacks in European history.”

For all of Ukraine’s indisputable suffering, it was a bold statement of some hyperbole in the context of extremist attacks with mass deaths in Paris, Nice, Brussels, Madrid and London in this century alone.

For Zelensky and Ukraine, the underlying demand cannot be reiterated enough: provide more heavy weapons, and faster, before Russia perhaps makes irreversible gains in the eastern industrial region of the Donbas, where street-by-street fighting grinds on.

In his nightly public addresses, Zelensky also makes sure to capture the traumatic toll on everyday life in Ukraine, appealing well beyond global leaders to the wider world.

This week, he accused Russia of sabotaging “people’s attempts to live a normal life.”

Images of the shopping mall’s smoking debris said the rest. 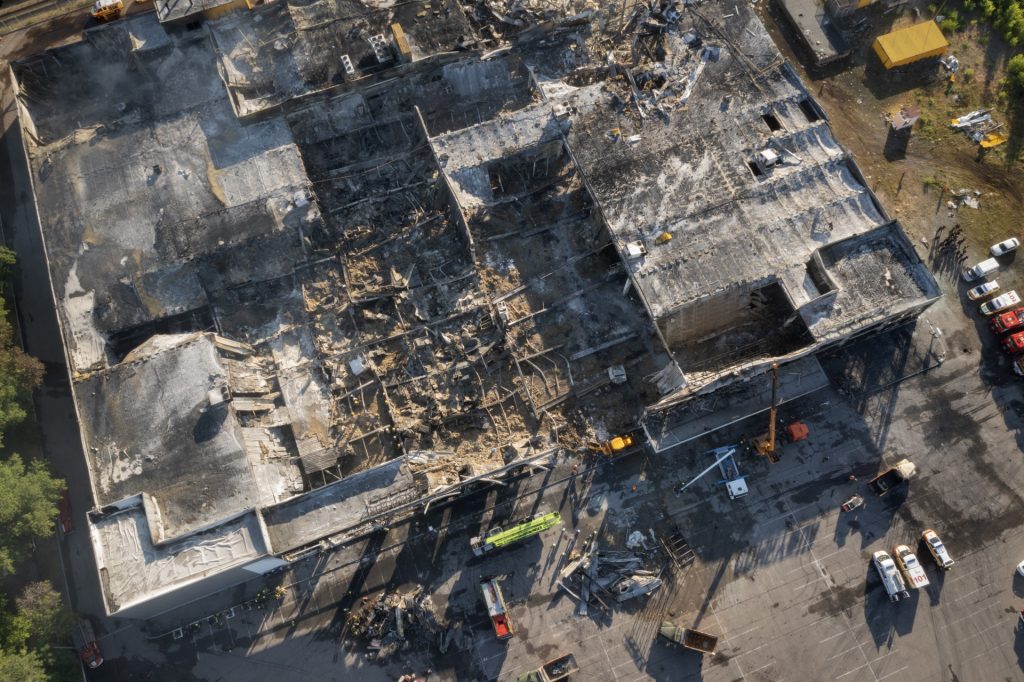 ‘Zackly. What could possibly go wrong? Moreover, it’s not like some of us haven’t predicted it from the very beginning. TikTok, the popular … END_OF_DOCUMENT_TOKEN_TO_BE_REPLACED

The New York Times reports that police are seeking a 22-year-old white man in connection with the July 4 Highland Park attack. The individual is … END_OF_DOCUMENT_TOKEN_TO_BE_REPLACED

We’ve seen a lot of the left losing their minds over the Supreme Court’s decision to overturn Roe v. Wade while Democratic lawmakers have done all … END_OF_DOCUMENT_TOKEN_TO_BE_REPLACED

It’s difficult to be impressed by anything the Biden-Harris Administration is up to these days, but … END_OF_DOCUMENT_TOKEN_TO_BE_REPLACED

There are 91 U.S. military veterans in the 117th Congress: 17 serve in the Senate, 74 serve in the … END_OF_DOCUMENT_TOKEN_TO_BE_REPLACED

Happy Independence Day, Americans! On today’s podcast, I talk about one of the greatest recent … END_OF_DOCUMENT_TOKEN_TO_BE_REPLACED

Progressives accuse conservatives of single-handedly killing American democracy. And unless you are … END_OF_DOCUMENT_TOKEN_TO_BE_REPLACED