Iran praised what it called a “great victory” Friday by the Palestinian Hamas terrorist organization over Israel, claiming the truce between the two parties “humiliated” Israel after a confrontation that left more than 200 dead — the vast majority Palestinians.

“Iran offers sincere congratulations to the oppressed Palestinians and all their supporters around the world on the great victory,” the Office for the Protection of the Interests of the Islamic Republic of Iran in Cairo tweeted on Friday, according to the semi-official IRNA news agency.

It added “Iran salutes the spirits of the Martyrs of Palestine, particularly the oppressed children of Gaza on the occasion of this victory.”

Palestinians celebrate the cease-fire agreement between Israel and Hamas on May 21, 2021 in Gaza City, Gaza. The recent fighting, which has killed over 230 Palestinians and 13 Israelis, began on May 10th after rising tensions in East Jerusalem. (Fatima Shbair/Getty Images)

The fighting, which started with Palestinian riots in Jerusalem that were escalated by massive terror rocket barrages directed at Israel’s cities, saw the IDF destroy much of the Hamas infrastructure in Gaza, while also protecting its own citizens using the Iron Dome missile defense system. 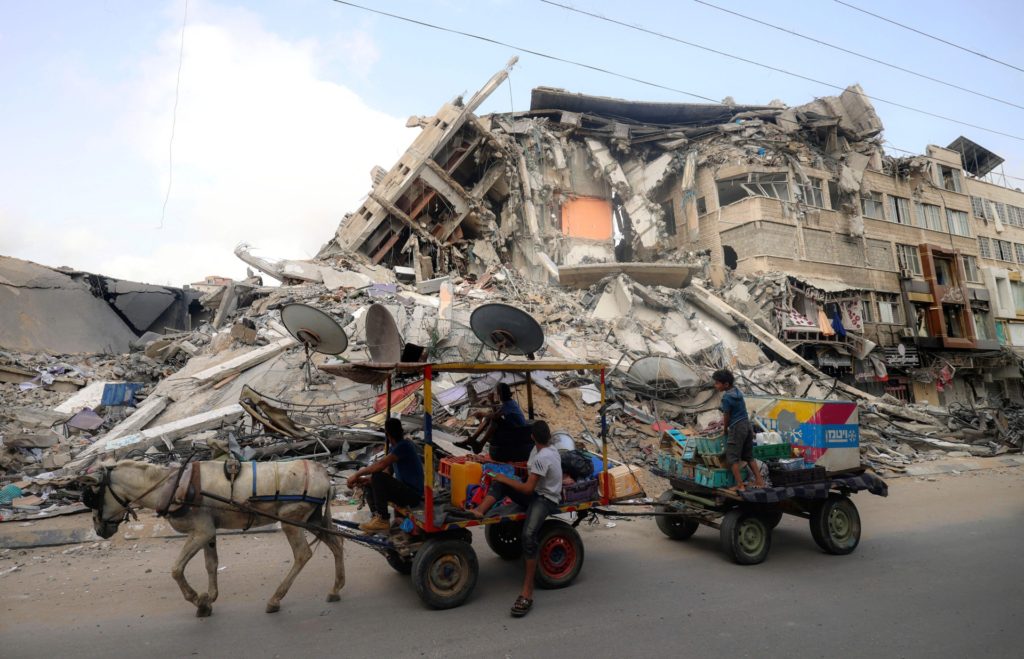 Palestinians ride past the the Al-Shuruq building, destroyed by an Israeli air strike, in Gaza City on May 21, 2021, after a ceasefire has been agreed between Israel and Hamas. (MAHMUD HAMS/AFP via Getty Images)

Despite the lopsided nature of the exchanges, Palestinian Hamas terrorist supporter Iran saw nothing but joy in the outcome.

“You, the Palestinian resistance groups, created a magnificent epic with your steadfastness and proved the enemy’s weakness,” the general added, claiming Hamas and Islamic Jihad had “humiliated the Israeli regime’s army.”

“Your capabilities are far greater than the enemy has seen so far and even imagines,” he concluded. 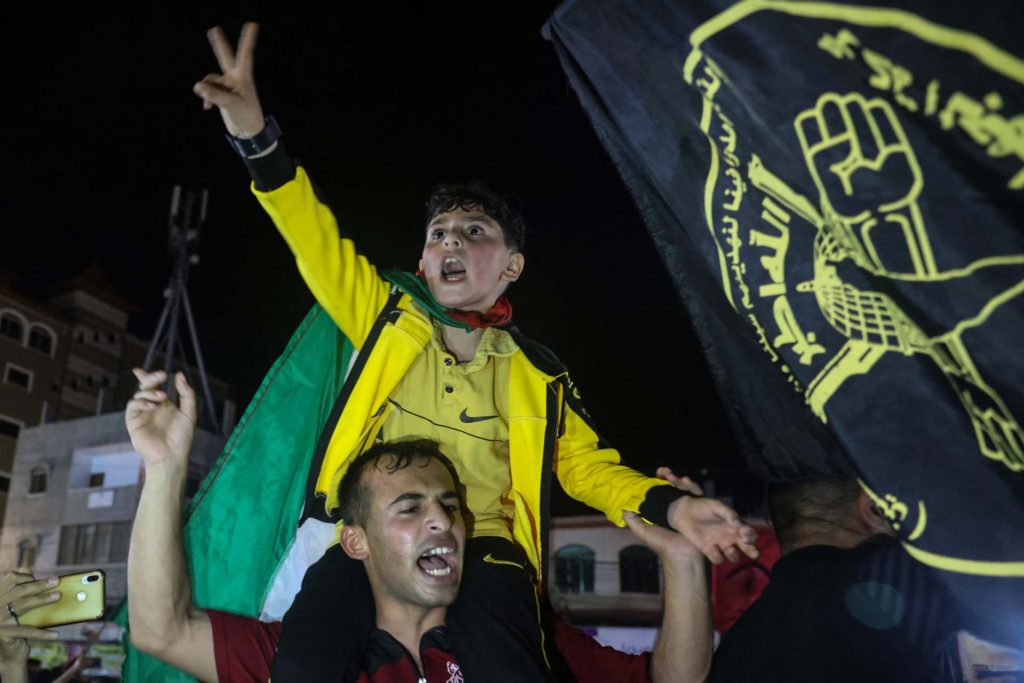 A man and boy celebrate in the streets following a ceasefire brokered by Egypt between Israel and the ruling Islamist movement Hamas, in Rafah, in the southern Gaza Strip on May 21, 2021.  (SAID KHATIB/AFP via Getty Images)

The truce faces its first test on Friday, when tens of thousands of Palestinians attend weekly prayers at the Al-Aqsa Mosque in Jerusalem, a flashpoint holy site revered by Jews and Muslims alike.

Celebratory protests could spark confrontations with Israeli police, setting in motion another cycle of escalation like the one that led to the war.

On Monday, the Michigan Association of Public School Academies and the Thomas B. Fordham Institute of Ohio filed a complaint against the Biden … END_OF_DOCUMENT_TOKEN_TO_BE_REPLACED

Apple has reportedly told suppliers based in the Republic of Taiwan to comply with Chinese customs regulations, citing fears of trade barriers … END_OF_DOCUMENT_TOKEN_TO_BE_REPLACED

While most of the allegations of corruption surrounding the FBI’s raid of Donald Trump’s estate in Florida have been pointed at the bureau itself, … END_OF_DOCUMENT_TOKEN_TO_BE_REPLACED

I’ve often talked about the animosity many in the gun community feel toward the ATF. It’s a real … END_OF_DOCUMENT_TOKEN_TO_BE_REPLACED