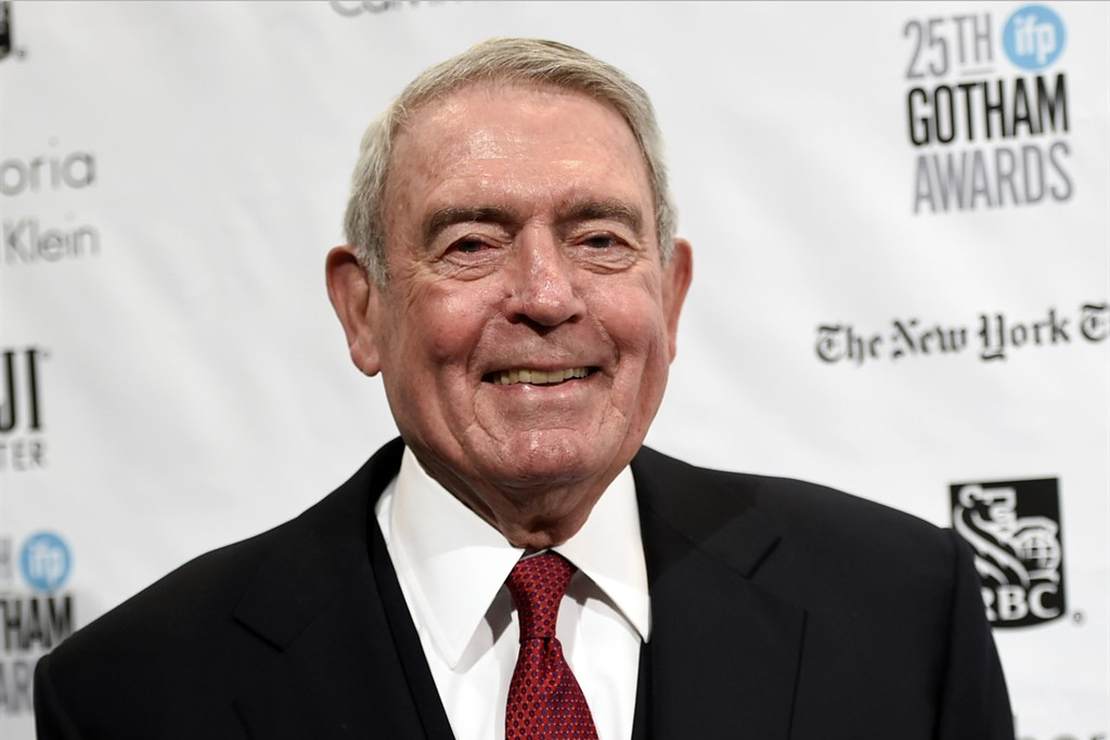 Earlier in September, hypocritical liberals lost their minds when DeSantis shipped just 50 illegal aliens to the smug, Democrat enclave of Martha’s Vineyard. Within 24 hours, the illegals were unceremoniously shipped off the island. Yet, as deadly Ian approached Florida’s shores, Rather fired up his Twitter machine to trumpet the virtue of Biden’s federal government in contrast to the “stunt” pulled by DeSantis.

When the hurricane hits Florida, federal aid will flow into help — paid for by tax dollars from Americans across the country. Airplanes will be full of supplies, not stunts. There will be no ‘us’ and ‘them.’ Because this is how America should act, and most Americans know it.

“Us” vs. “them”? Please, hypocrite — that’s exactly what you just did.

When the hurricane hits Florida, federal aid will flow into help — paid for by tax dollars from Americans across the country. Airplanes will be full of supplies, not stunts. There will be no “us” and “them.” Because this is how America should act, and most Americans know it.

And let’s not forget Lyin’ Biden pledged to “unite” America during his inaugural address, but has done everything but; including labeling former President Donald Trump and “MAGA” Republicans as “semi-fascists” who pose “a threat to the rule of law.”

You mean “stunts” like Biden flying planeloads of illegal aliens — unannounced — across America in the dead of night, Dan-O? There is ALWAYS an “us” and “them” in your world, dude; it’s what got you FIRED by CBS, remember? So do we.

Rather is hardly the Liberal Lone Ranger, as Democrats and left-wing rags almost gleefully report on the devastating hurricane, champing at the bit to exploit the disaster against the Florida governor. Moreover, the left is terrified of DeSantis and his large, credible microphone, and his penchant for calling out left-wing extremism and taking action against it. Politico of course is one of the leftist rags to attack DeSantis, contrasting him with former Florida Gov. Rick Scott, now Florida’s junior senator since 2019.

Through Monday, DeSantis held three briefings at the Emergency Operations Center, a regular venue for governors managing storm responses. He has not, however, put himself out into the public as much as Scott, who oversaw statewide responses to four hurricanes during his eight years as governor.

As storms approached, Scott would hold media events across the state, donning his trademark Blue Navy baseball hat. He also became a fixture on national television, including most notably on the Weather Channel. Scott appeared on every morning network show on the same day in the lead-up to Hurricane Irma, a massive storm that prompted the largest evacuation in state history in 2017.

On Monday morning, DeSantis’ emergency management director, Kevin Guthrie, was a guest on the Weather Channel, but DeSantis has not yet made an appearance on the channel during this weather event.

DeSantis is also setting aside his overtly pugilistic politics as Ian bears down. He praised the Biden administration after the president on Saturday declared a state of emergency for Florida, which allows FEMA to begin coordinating efforts ahead of the arrival of the storm.

It was a rare compliment from a governor who has used Biden as a political heel on a range of partisan issues as he prepares for what could be a 2024 run for the White House.

Coupla questions for Politico. What have Biden and the Democrats used Donald Trump for, for nearly six years (and counting)? What stunts have been pulled against Trump, including the Jan. 6 committee? What is the left now using Ron Desantis for? The blatant hypocrisy may be boring, but it’s dangerous.

Meanwhile, irrelevant Dan Rather blindly crawls out his hole, now and then, to unwittingly make a fool out of himself on Twitter. Must suck to be Dan-O.

Police officers in Milwaukee don’t seem to trust their sidearms. They carry the Sig Sauer P320, a firearm popular with a lot of people and basically … END_OF_DOCUMENT_TOKEN_TO_BE_REPLACED

As if Washington, DC, wasn’t dysfunctional enough, the city’s deputy mayor has been arrested and charged with assault and battery. According to Fox 5, … END_OF_DOCUMENT_TOKEN_TO_BE_REPLACED

As my colleague, Sister Toldjah reported, there were some memorable moments during Joe Biden’s remarks while visiting Florida on Wednesday to survey … END_OF_DOCUMENT_TOKEN_TO_BE_REPLACED

President Joe Biden made a vulgar comment that was caught on a hot mic during his review of the damage from Hurricane Ian Wednesday. Biden arrived … END_OF_DOCUMENT_TOKEN_TO_BE_REPLACED

The FBI has raided the home of a pro-life activist in connection with a protest that took place in March of 2021. Other participants at the event were … END_OF_DOCUMENT_TOKEN_TO_BE_REPLACED

The right of self-defense is, generally, about as non-controversial as you can get. Even vehement … END_OF_DOCUMENT_TOKEN_TO_BE_REPLACED

The FBI is out with its numbers for murders and other violent crimes over the past year. The numbers … END_OF_DOCUMENT_TOKEN_TO_BE_REPLACED

After President Ronald Reagan was shot in 1981, as he was about to undergo surgery, he joked to the … END_OF_DOCUMENT_TOKEN_TO_BE_REPLACED

According to a recent report on active shootings released by the FBI, armed citizens have stopped … END_OF_DOCUMENT_TOKEN_TO_BE_REPLACED

When the magic words “vote fraud” are mentioned, what comes to mind for most people, no matter their … END_OF_DOCUMENT_TOKEN_TO_BE_REPLACED