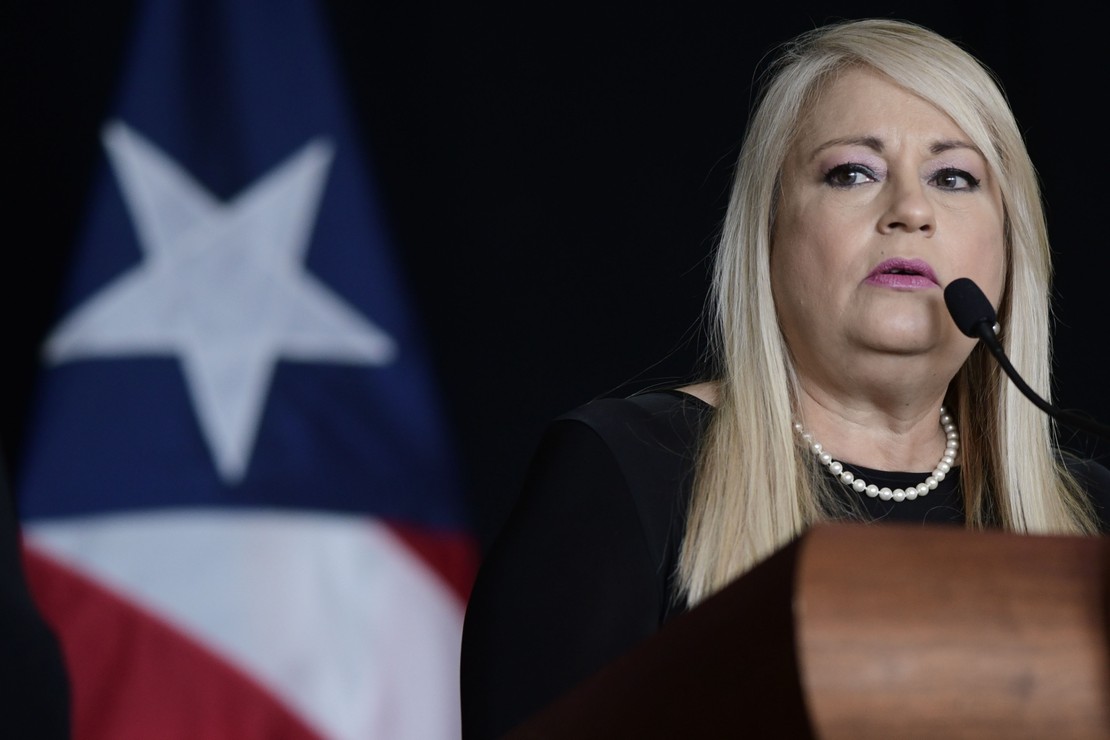 Well, this is a tangled web: Former Puerto Rican Governor Wanda Vázquez Garced has been brought up on bribery charges for allegedly agreeing to make a political appointment in exchange for financial support to her 2020 campaign.

First, a bit of background. Vázquez served as Governor of Puerto Rico from August 2019 to January 2021. She was the second woman to serve as governor but now holds the distinction of first former governor to face federal charges. Vázquez assumed the office after Pedro Pierliusi’s claim to it was judicially annulled. The AP explains:

She became governor after Puerto Rico’s Supreme Court ruled that the swearing in of Pierluisi — who was secretary of state in 2019 — as governor was unconstitutional. Vázquez at the time said she was not interested in running for office and would only finish the nearly two years left in Rosselló’s term.

Rosselló had resigned after tens of thousands of Puerto Ricans took to the street, angry over corruption, mismanagement of public funds and an obscenity-laced chat in which he and 11 other men including public officials made fun of women, gay people and victims of Hurricane Maria, among others.

In a bit of irony…

Shortly after she was sworn in, Vázquez told the AP that her priorities were to fight corruption, secure federal hurricane recovery funds and help lift Puerto Rico out of a deep economic crisis as the government struggled to emerge from bankruptcy.

Despite her declared lack of interest in running for office, Vázquez sought re-election in 2020 but lost in the primary to none other than Pierliusi.

Vázquez made headlines in October of 2020 when she endorsed President Trump’s bid for re-election. As Fox News reported at the time:

At the time, the Biden campaign criticized the aid package as an attempt to secure more votes ahead of the election.

On Thursday, news broke that Vázquez had been arrested for her alleged involvement in a bribery scheme from December 2019 through June 2020. Per the Washington Post:

Vázquez is accused of engaging in a bribery scheme from December 2019 through June 2020 — while she was governor — with several people, including a Venezuelan-Italian bank owner, a former FBI agent, a bank president and a political consultant.

The consultant, identified as John Blakeman, and the bank president, identified as Frances Díaz, have pleaded guilty to participating in the bribery scheme, according to the U.S. Department of Justice.

In early 2019, the bank owned by Julio Martín Herrera Velutini was being scrutinized by Puerto Rico’s Office of the Commissioner of Financial Institutions because of transactions authorities believed were suspicious and had not been reported by the bank.

Authorities said Herrera and Mark Rossini, the former FBI agent who provided consulting services to Herrera, allegedly promised to financially support Vázquez’s 2020 campaign for governor in exchange for Vázquez dismissing the commissioner and appointing a new one of Herrera’s choosing.

Authorities said Vázquez accepted the bribery offer and in February 2020 demanded the commissioner’s resignation. She then was accused of appointing a former consultant for Herrera’s bank as the new commissioner in May 2020. After the move, officials said Herrera and Rossini paid more than $300,000 to political consultants to support Vázquez’s campaign.

While additional overtures reportedly were made to Pierliusi following the primary, he apparently didn’t bite and is not involved in the case.

The charges could result in significant prison — up to 20 years for Vázquez, Herrera, and Rossini.

For her part, Vázquez has denied the allegations:

All this, of course, is set against the backdrop of a looming vote in Congress regarding Puerto Rican statehood or independence, as Joe Cunningham reported previously. Though it appears the vote may have stalled out:

WASHINGTON — Momentum for the Puerto Rico Status Act has ground to a halt in the U.S. House of Representatives after the island’s resident commissioner, Jenniffer González-Colón (R), was unable to garner more Republican support for the bill she helped negotiate.

Grijalva says the sudden increase in lobbying against the bill is not about process, as some advocates have claimed, but instead about maintaining the island’s current colonial status.

Stark words from @RepRaulGrijalva tonight tonight to @PabloReports about how the momentum for House vote on #PuertoRico Status Act bill has suddenly stopped. https://t.co/rMWUdo8cM7

On Monday evening, the FBI took the unprecedented step of raiding the home of former President Donald Trump. What were they looking for? … END_OF_DOCUMENT_TOKEN_TO_BE_REPLACED

Nebraska Gov. Pete Ricketts, a Republican, issued a statement on Monday announcing that due to a … END_OF_DOCUMENT_TOKEN_TO_BE_REPLACED